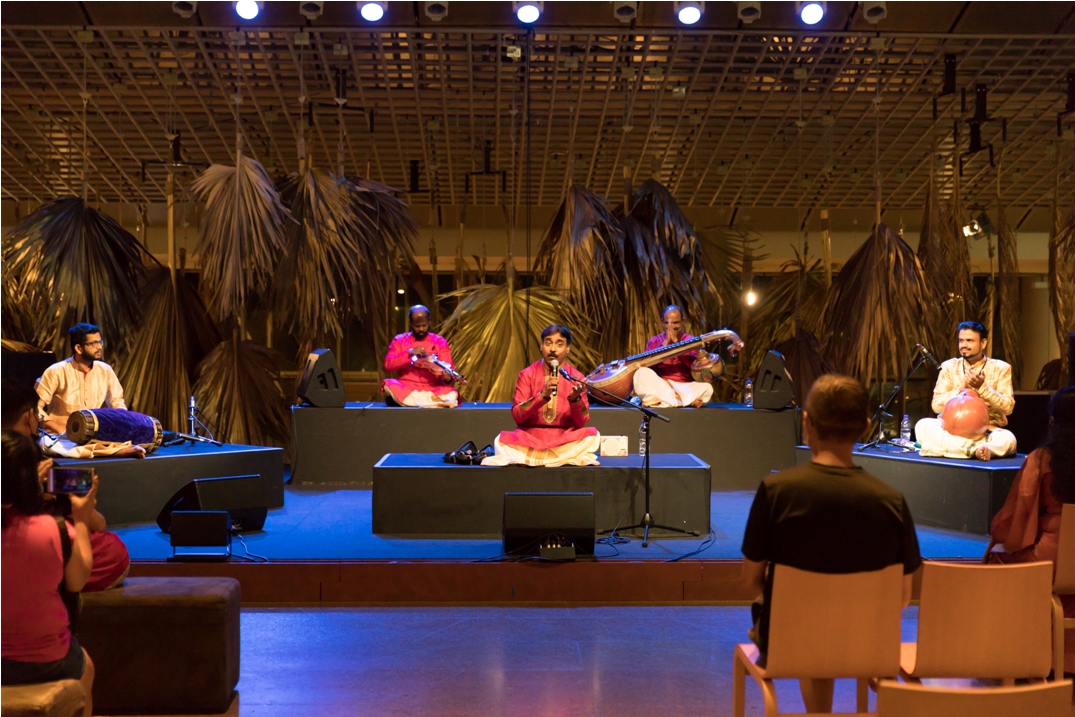 With the theme of the Tree of Life, Kalaa Utsavam 2020 enthralled its audiences with a series of live carnatic music and classical dance performances by Singapore's Indian arts community.

One such performance was presented by Bhaskar’s Arts Academy - Prabandha, an elevation to the sacred music of India

Featuring phrasal compositions of carnatic music, amplified through cascades of the wind (flute), inscriptive strains of the strings (veena & violin) and connecting riffs on percussion (mridangam, ganjira and ghatam).

The performance featured Ghanavenothan Retnam on the flute. A sought-after musician, Bhaskar’s Arts’ Music Director has composed music that has aired on Animal Planet, National Geographic and Discovery Travel channels. 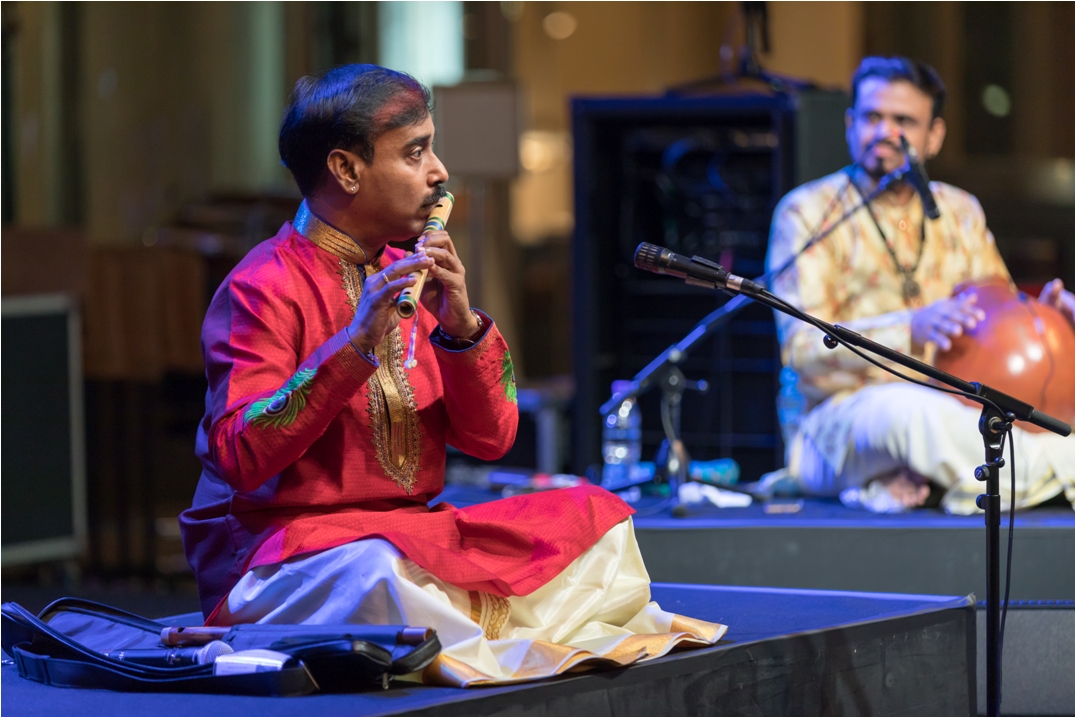 On the violin was TV Sajith, who has been part of almost every Bhaskar’s Arts Academy production since 2007. He is a resident violinist at Bhaskar’s Arts and a member of the teaching faculty at Nrityalaya Aesthetics Society. 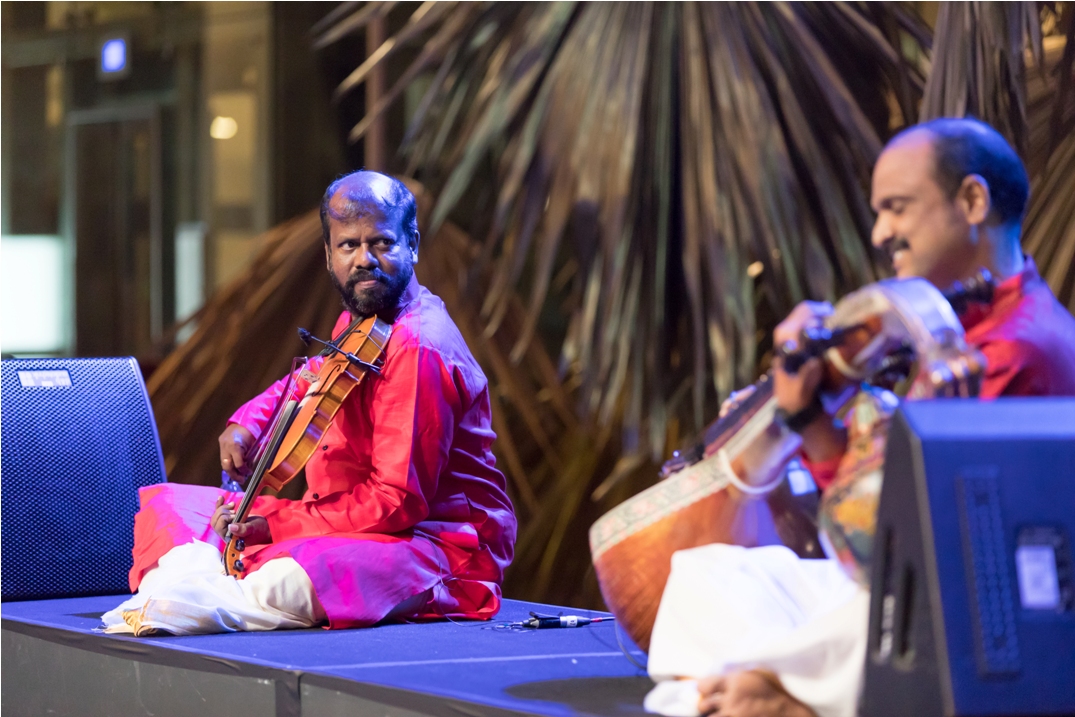 TV Sajith has been part of almost every Bhaskar’s Arts Academy production since 2007. Photo courtesy: Esplanade

On the veena was Chembai Arun Kumar who is presently a faculty member at Nrityalaya Aesthetics Society and a visiting instructor at NUS Centre for the Arts. 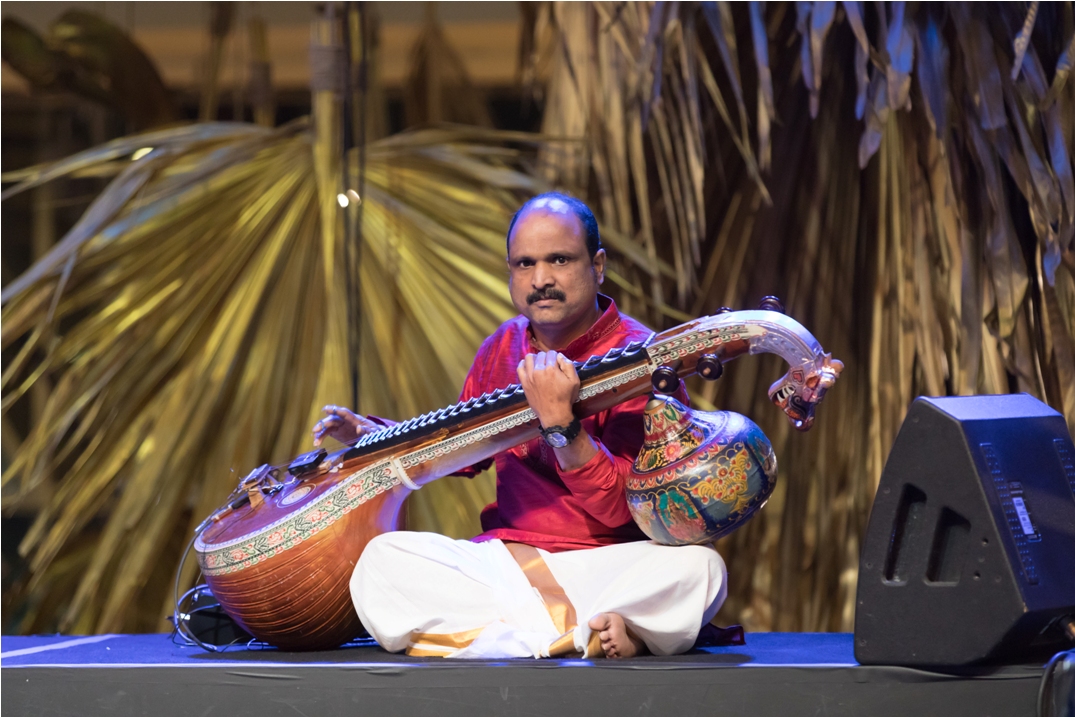 Chembai Arun Kumar is a visiting instructor at NUS Centre for the Arts. Photo courtesy: Esplanade

On the mridangam was Nelluvai Ragesh. Ragesh started his artistic journey under the tutelage of his father Raju Nelluvai, and continued under renowned mridangam artiste Sanoj Guruvayur. This All India Radio graded artist is presently an instructor at Nrityalaya Aesthetics Society. 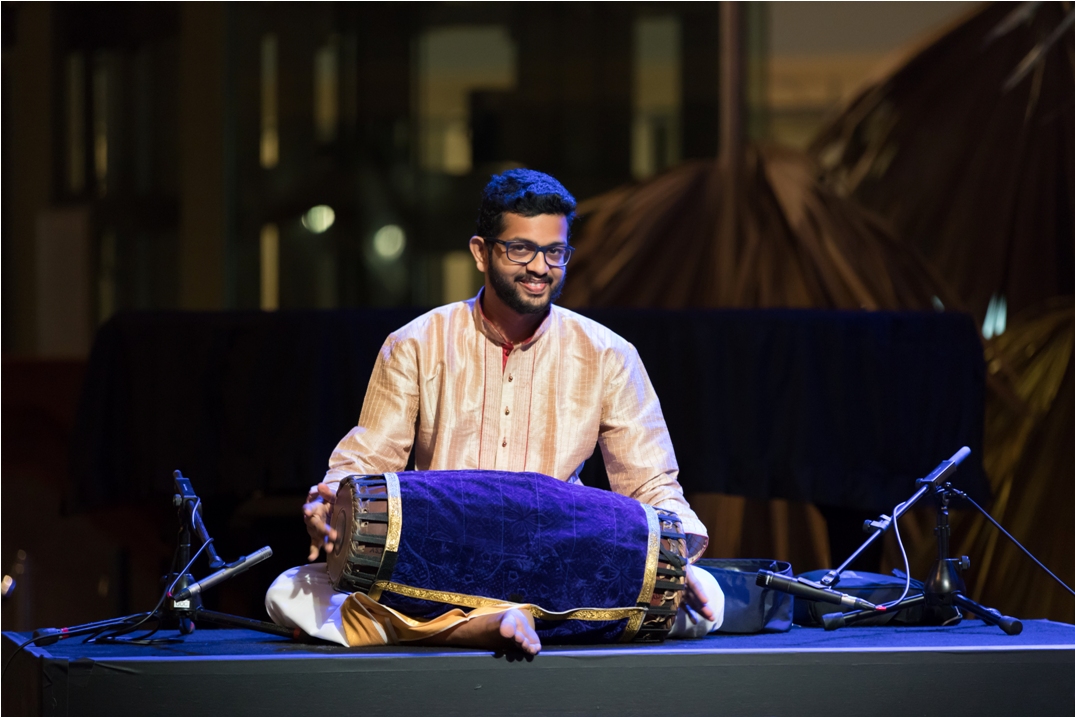 On the Ganjira and Ghatam was Paskaran Sreekaram. A Guinness World Record holder for 50 hours of Non-Stop Drumming in 2004, Paskaran is one of Singapore’s most versatile multi-percussionists. He is founder and principal drummer of Rhythm Masala, a local fusion percussion group.

You can watch this captivating performance on Facebook as well as on Esplande Offstage till December 20, 2020.