'Being Haresh Sharma': A review

Haresh Sharma had said in a previous interview, that he wasn’t the biggest fan of the name Being Haresh Sharma. “But I was outvoted,” he joked.

However, we couldn’t have imagined a more apt title for it. Directed by Natalie Hennedige, artistic director of CAKE Theatrical Productions, Being Haresh Sharma was a world with its own laws and it was captivating. 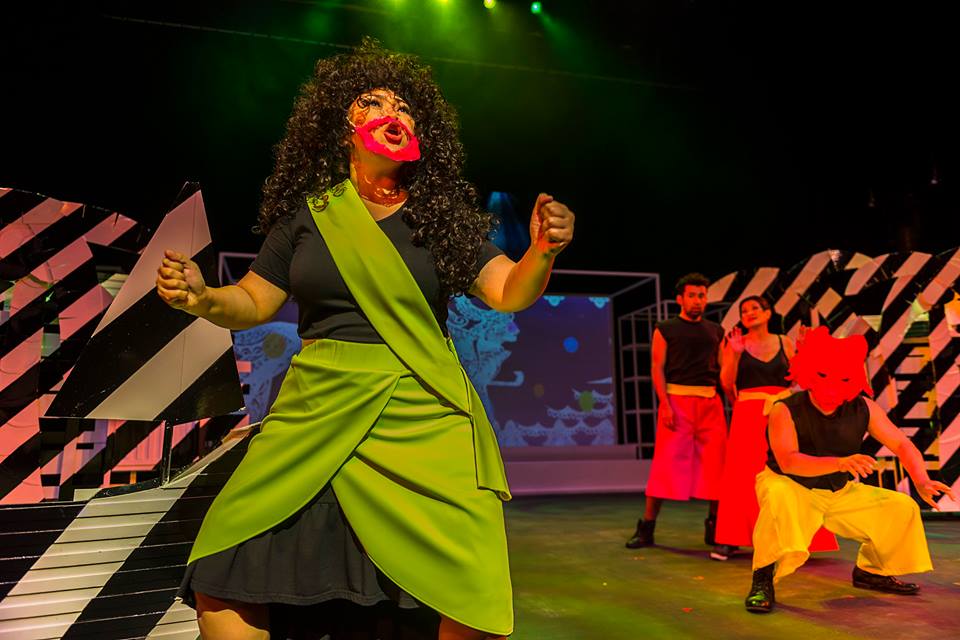 This metatextual piece opened with a charades-style sequence, in which actors counted off Sharma’s plays with a comical mime gesture accompanying each title. Skipping some numbers in between, it went on to name titles that were not written by Sharma – such as Emily of Emerald Hill, Waiting for Godot and The Holy Bible: King James Version. It appeared to remind us, right at the beginning, that this play is more than just a selection of Sharma’s plays.

The play then moved into a humourous recount of Singapore’s history, before snapping into scenes enacted from the original scripts. 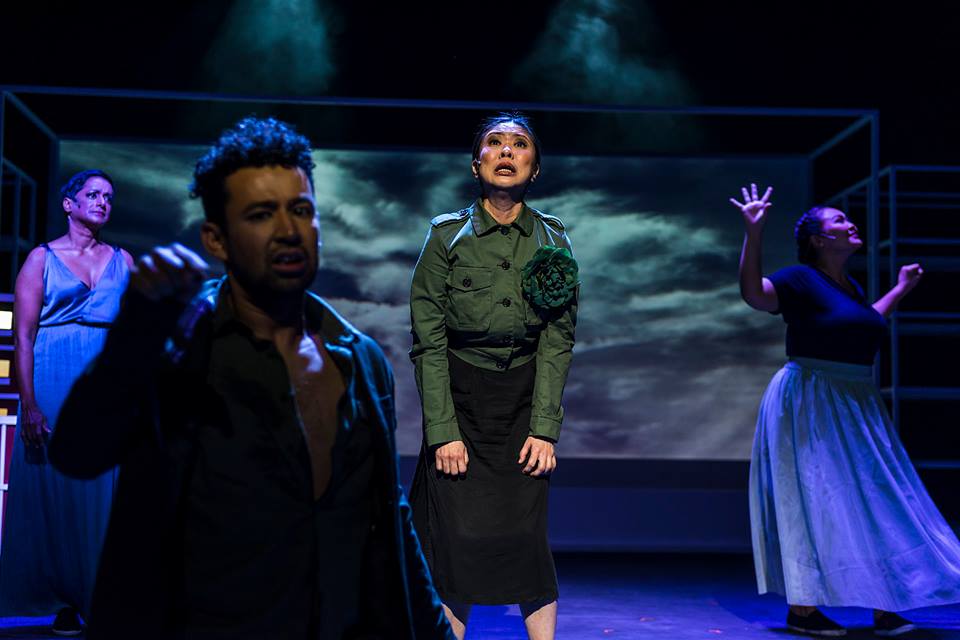 A running theme of TNS’ productions over the years had been about what it means to ‘be’ in Singapore – not just to be physically situated here, but to have this island so present in our lives, that it becomes part of our being.

The scenes were close to heart, not necessarily because we have seen the original plays before, but because of how Singaporean it was. There was a tinge of homeliness to it as the audience recognised and laughed at the references – when the maid in ‘Lizard’ threatened to leave and make her employer lose her deposit; Siti Khalijah’s segment in which she performed the roles that she had played in the past, of Malay women from different backgrounds; and living room squabbles (also from ‘Lizard’) that halted when the ending theme of Under One Roof started to play. 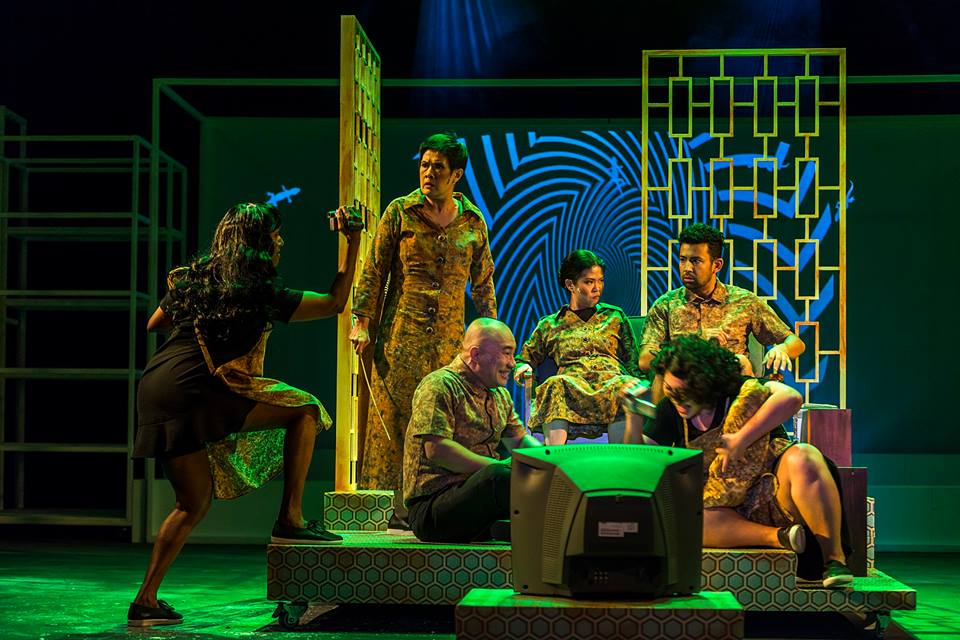 Throughout the play, a lot of things were happening at once; sometimes on stage, sometimes in our heads. It was one emotionally intense scene after another.

Sharma’s scripts have always been honest, frank, and they don't shy from controversial issues. The simplicity makes it even more emotionally charged, and a lot of times they were hard to listen to. But it was also in this way that Sharma provoked the audience to confront issues and talk about them – to ask questions, especially the difficult ones.

As Hennedige drew bold links from these characters across various plays to plant them together, she handed us an overwhelming amount of stimuli to think about. 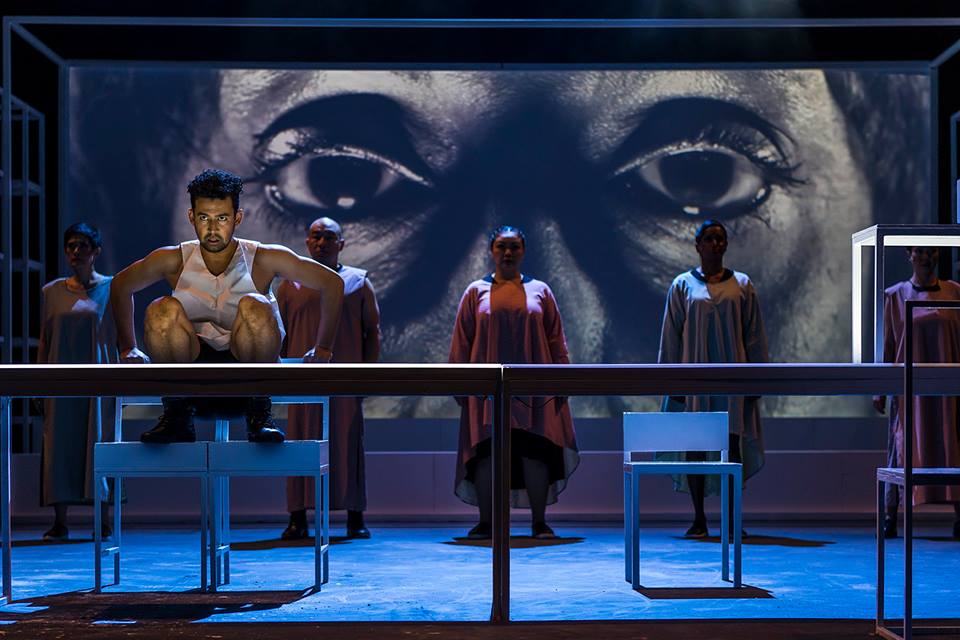 The multimedia projections, done by Brian Gothong Tan, had a life of its own, and they follow through the meta-level approach of the play.

During the scene from Still Building, it zoomed in on a young Haresh Sharma watching an early production intently; as Khalijah switches between different coloured wigs to mark her various roles, the screen focused on her in slow motion; as Wendy from Model Citizens called for her son (who had committed suicide) on stage, she was also walking through a building on screen, haunted by the memories that appeared everywhere. 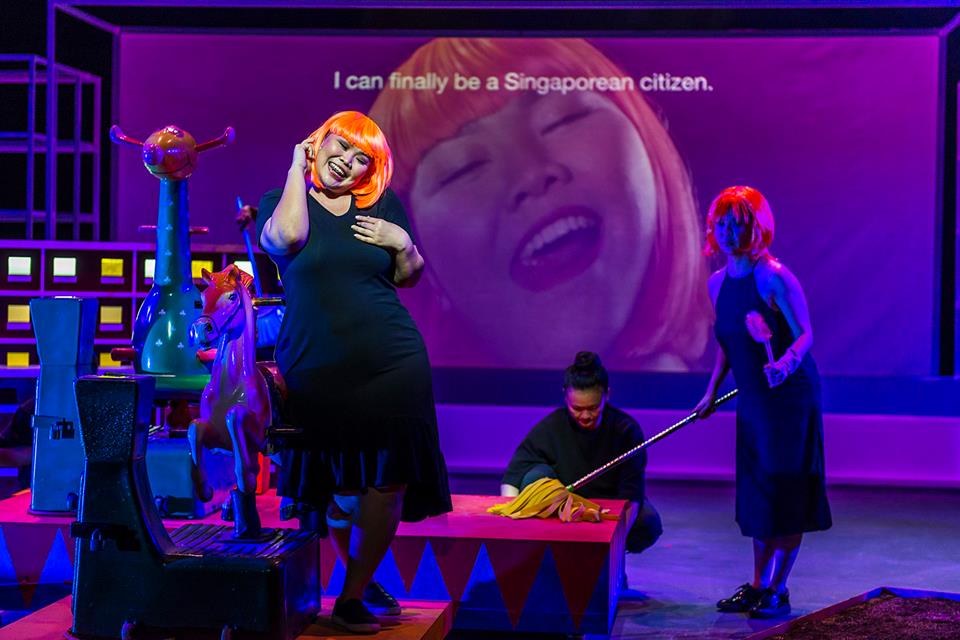 Being Haresh Sharma celebrated the journey. It’s about looking back and knowing where we came from, where we are, and this knowledge will light the path for us. As the actors went through the same charades sequence at the end of the play, and continued to count upwards as the lights fade away, the message was clear – that this play has ended, but the journey has not. There are more plays to be written.

For fans of TNS and Sharma, it felt like a reunion of old friends. These were the characters that have taught us things, shown us how to be, and provoked us to confront difficult questions.

But that’s for us. We wonder how it’s like for Sharma himself to watch this production – to see the characters he had crafted over the past 30 years come to life on a single stage. And perhaps that was also what the title was asking us to ponder about.