Basketball legend Kobe Bryant died in a helicopter crash on Sunday in Calabasas, California, at the age of 41. All 9 people onboard were killed, including Bryant’s 13-year-old daughter Gianna as well as another parent and a teammate from Gianna's travel sports team. 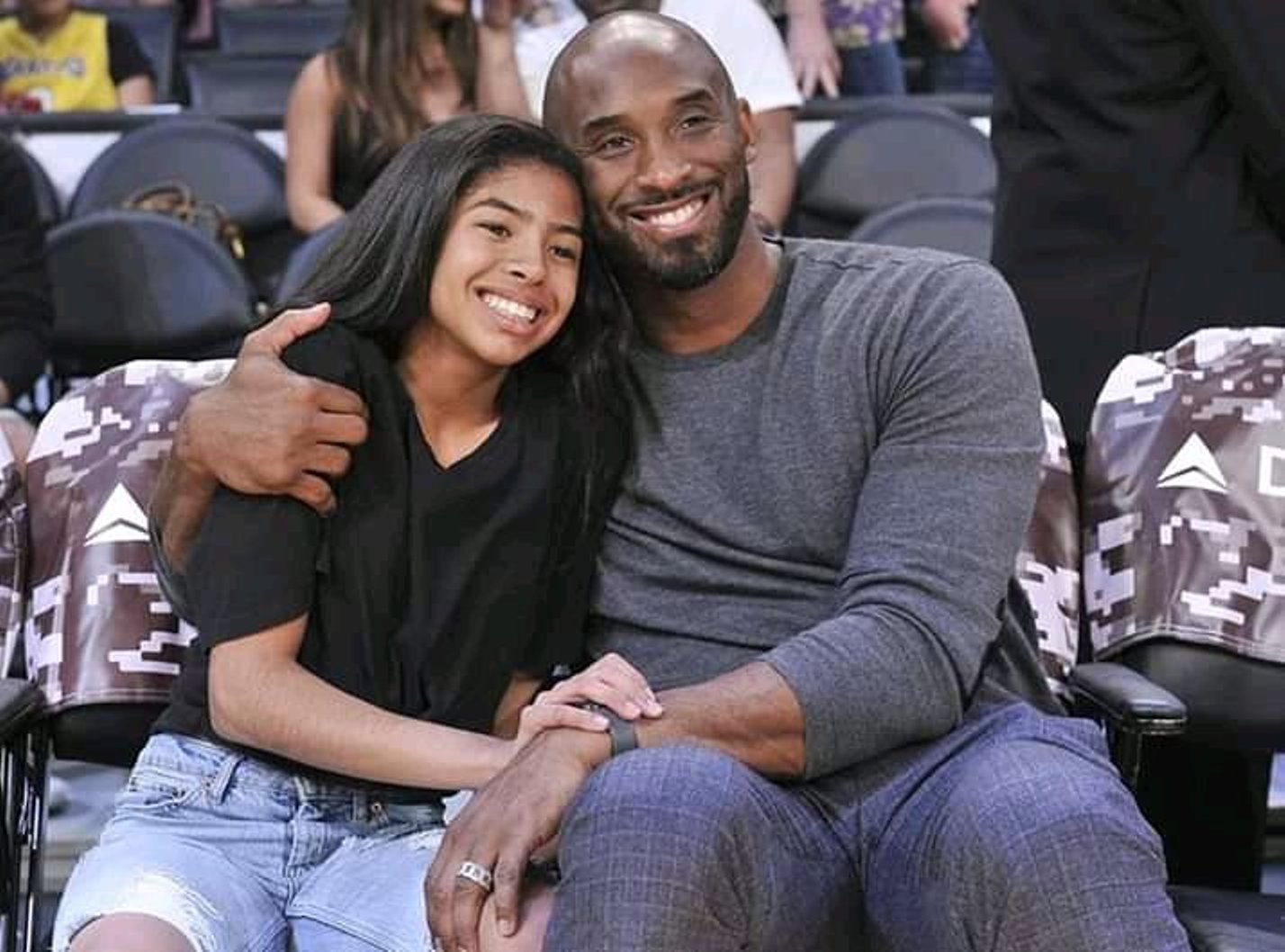 Bryant leaves behind a wife, Vanessa, and three surviving daughters - Natalia, Bianka and Capri, who was born last year.

Bryant, a basketball icon spent his entire 20 years as a basketball professional with the Los Angeles Lakers, winning five NBA Championships with the team.

"The NBA family is devastated," NBA Commissioner Adam Silver said in a statement, with Los Angeles Mayor Mayor Eric Garcetti saying he "will live forever in the heart of Los Angeles, and will be remembered through the ages as one of our greatest heroes."

Bryant was mentioned at the Grammy Awards on Sunday night, which was held at the Staples Centre in LA - the home of the Lakers. Singer Lizzo dedicated the night to him before opening the show with a two-song performance. His two retired basketball jerseys were illuminated.

Kobe Bryant's jerseys are illuminated in the rafters of the Staples Center during the Grammys. pic.twitter.com/Db2Y6u8BT1

Bryant made a name for himself with the LA Lakers, which had boasted of legends like Jerry West, Wilt Chamberlain, Kareem Abdul-Jabbar and Magic Johnson, almost immediately.

Lights for a legend.

Los Angeles City Hall lit in purple and gold starting at 8:24 p.m. this evening in honor of Kobe Bryant’s storied championship career and in memory of Bryant, his daughter, Gianna, and all who perished in today’s tragedy. pic.twitter.com/1una7Aj98Z

Standing at 6-foot-6, Bryant entered the NBA right out of high school in 1996. During his 20-year pro career he won 5 NBA titles, two gold medals in the Olympics, two NBA Finals MVPs and a regular season MVP in 2008. He led the league in scoring twice and retired with 33,643 points - third on the league's all-time scoring list until he was passed just this weekend by LeBron James. His two jerseys for the Lakers, No. 8 and No. 24, were both retired.

The BAPS Hindu Swaminarayan Temple in Chino Hills, California which I attend every Sunday illuminated their temple in Purple & Gold in honor of Kobe Bryant. pic.twitter.com/xbTevEcGkR

Born Kobe Bean Bryant in Philadelphia on August 23, 1978, Bryant was the son of a professional basketball player. Bryant started playing basketball at the age of 3. When Bryant was six, his father retired from the NBA and moved his family to Rieti in Italy to continue playing professional basketball at a lower level. Fluent in Italian, Bryant returned to the United States in 1991, and starred as a high schooler for Philadelphia's Lower Merion High School.

He was drafted 13th overall in 1996 by the Charlotte Hornets, who traded him to the Lakers, which would become his home for the next 20 years.

Tonight, LAX’s pylons will be lit in purple and gold in memory of Kobe Bryant, his daughter and all those who were with them in today’s unthinkable accident. Kobe was in many ways a symbol of Los Angeles and we join his family, fans and city in mourning all who were lost today. pic.twitter.com/HGX5AaSDBG

There’s no words to express the pain Im going through with this tragedy of loosing my neice Gigi & my brother @kobebryant I love u and u will be missed. My condolences goes out to the Bryant family and the families of the other passengers on board. IM SICK RIGHT NOW pic.twitter.com/pigHywq3c1

In 2005, he famously scored 81 points in a game against the Toronto Raptors, the closest any player before or since had come to Wilt Chamberlain's record 100.

Bryant retired in 2016 after playing 1,346 regular season games and averaging 25 points a game, twice leading the league in scoring. He earned over USD 300 million on the court during his career. His career points total of 33,643 is fourth on the all-time NBA list.

Bryant began investing long before he retired from the NBA. Among his most successful investments was an early stake in the sports drink-maker BodyArmor. Bloomberg reports that Bryant put USD 6 million into the company in 2014, a stake that was worth an estimated USD 200 million after Coca-Cola took a majority stake in BodyArmor four years later.

They doubted a kid could make it in the NBA and he proved them wrong.

They doubted he could win a championship and he proved them wrong.

They doubted he could make movies and he won an Oscar.

Like all great artists, Kobe Bryant proved the doubters wrong.

His biggest endorsement partnership was with Nike, which began in 2003. Nike released more than 10 signature Kobe shoes. "He was one of the greatest athletes of his generation and has had an immeasurable impact on the world of sport and the community of basketball," the company said in a statement.

Bryant’s career was not without controversy. In 2003, he was accused of raping a 19-year-old hotel employee. Bryant maintained that the encounter was consensual and eventually the criminal charges were dropped after the accuser refused to testify in court. She filed a civil suit against the basketball player, which was settled out of court. Bryant eventually apologised for his ‘adulterous encounter’ but did not admit guilt.

Kobe was a legend on the court and just getting started in what would have been just as meaningful a second act. To lose Gianna is even more heartbreaking to us as parents. Michelle and I send love and prayers to Vanessa and the entire Bryant family on an unthinkable day.

Laker Nation, the game of basketball & our city, will never be the same without Kobe. Cookie & I are praying for Vanessa, his beautiful daughters Natalia, Bianka & Capri, as well as his parents Joe & Pam & his sisters. We will always be here for the Bryant family. pic.twitter.com/WWxmtEAJqZ

Saddened to hear about the tragic demise of Kobe Bryant, his daughter Gianna & others on-board the helicopter.
My condolences to his family, friends and fans across the world. #KobeBryant pic.twitter.com/N8B4Tcr4KU

My heart truly mourns over the news today. Kobe was a great mentor and friend to me. You and your daughter will live forever in our hearts. There are not enough words to express my deepest sympathies to the Bryants and every family suffering from this tragedy. RIP my friend pic.twitter.com/VRmgaOaITT

So sad to hear the heartbreaking news of the deaths of Kobe and his daughter Gianna. Kobe was a true legend and inspiration to so many. Sending my condolences to his family and friends and the families of all who lost their lives in the crash. RIP Legend💔 pic.twitter.com/qKb3oiDHxH

Kobe was truly larger than life, a legend. May he and all those who lost their lives today rest in peace. Love and condolences to his family. LA will never be the same.

My heart is in pieces hearing the news of this unimaginable tragedy. I can’t fathom what the families are going through. Kobe meant so much to me and to us all. Sending my prayers, love, and endless condolences to Vanessa and the family and anyone who lost someone on that flight.

Legends live on through the legacy they leave behind to inspire the world. A big big loss. RIP #KobeBryant, May god give strength to your family. pic.twitter.com/uL0y9rclR1

My thoughts and prayers are with Kobe Bryant’s family, and the families of all those involved. Today reminds us just how short and precious life is, and a reason to be grateful and celebrate life while we can. Rest In Peace Mamba.

Speechless,the world has lost a Legendary Athlete,R.I.P The #BlackMamba of Basketball, Kobe Bryant & his daughter,Gianna.
What u have done for so many kids including my niece whom u inspired to play basketball every day of her childhood,may u both comfort each other in heaven🙏🏻 pic.twitter.com/qwQ8CffQ5F

I’m sad to hear that we lost one of our greats. @kobebryant was one of the greatest athletes and was such an inspiration to so many including myself. I’m deeply saddened for his family and for the people around the world who looked up to him. May he and his daughter rest in peace pic.twitter.com/O4ZWANcGKm

Absolutely devastated to hear this news today. So many childhood memories of waking up early and watching this magician doing things on the court that I would be mesmerized by. Life is so unpredictable and fickle. His daughter Gianna passed away too in the crash. Iam absolutely Heartbroken. Rest in peace. Strength and condolences to the family 🙏

Horrible news today. Tragic the death of one of the greatest sportsman in the world. Kobe Bryant, his daughter Gianna and other passengers. My condolences to his wife and families. I am in shock.

#KobeBryant you were the greatest. You made our city and the rest of the world so proud. Every basketball fan knew the magnificence of the Mamba. Love and healing to Vanessa and those little girls. God, this is just the worst ever.