Barbie doll based on Dipa Karmakar unveiled in Singapore

Indian gymnast Dipa Karmakar is among 20 female icons chosen by Mattel for a special edition Barbie doll series to celebrate the 60th birthday of the iconic character. 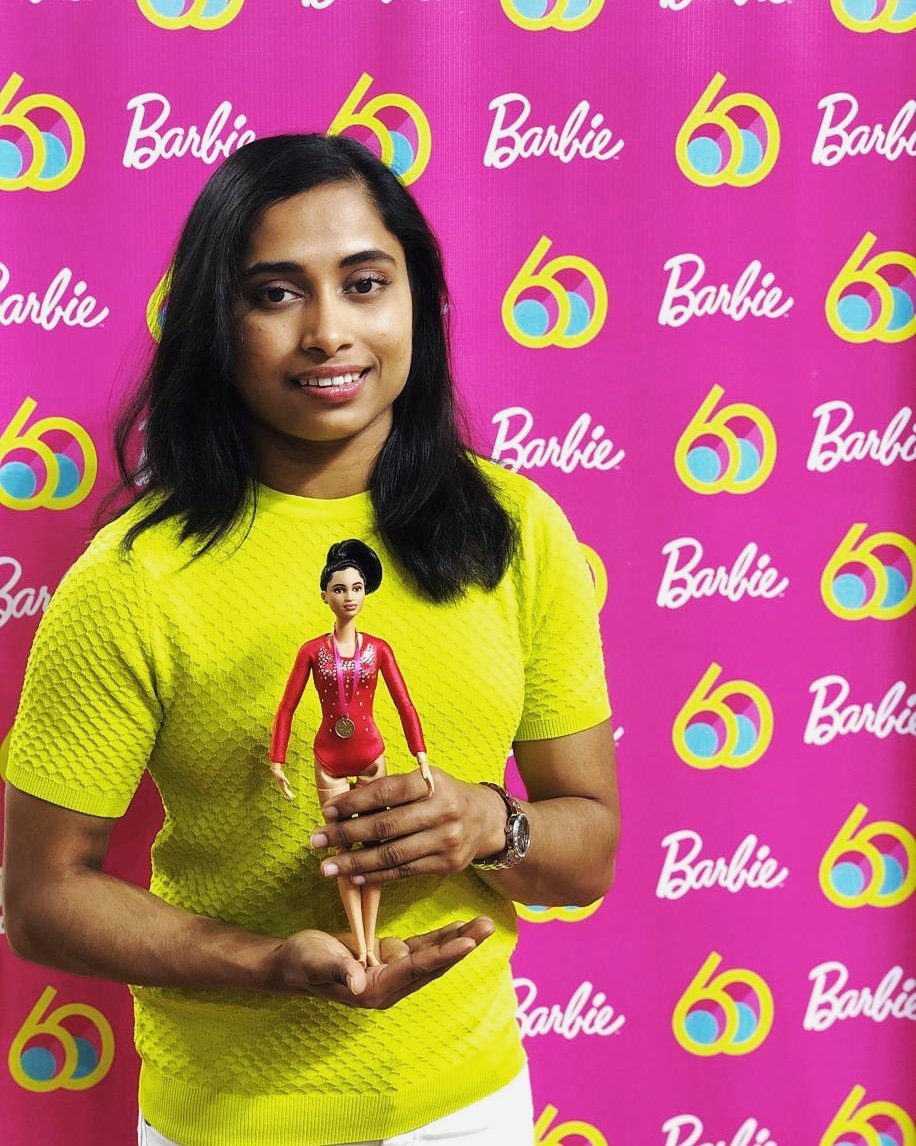 The doll that represents Karmakar is dressed in a red leotard singlet with a tight bun and a bronze medal. Photo courtesy: Twitter/@DipaKarmakar

"Barbie has always shown girls that they can be anything!! On the occasion of her 60th anniversary, I am honoured to be selected as a Barbie Role Model to help inspire the next generation of girls!" Karmakar tweeted after the launch.

An astronaut, a football player and a news anchor were among the new-look, high-achieving Barbies unveiled by toy company Mattel at an anniversary event in Singapore last week. The doll that represents Karmakar is dressed in a red leotard singlet with a tight bun and a bronze medal.

Karmakar came into limelight when she won a historic bronze medal at the 2014 Commonwealth Games in Glasgow.

So far she has won 77 medals, including 67 gold, in state, national and international championships.

To mark six decades of Barbie, a series of successful women have also had dolls made in their image to mark.

Imagining she can be anything is just the beginning. Actually seeing that she can makes all the difference. Meet the latest Barbie Role Models–all extraordinary women we've honored with a doll in their likeness. #MoreRoleModels #Barbie60 pic.twitter.com/hlhD482hOz

"Barbie has come a long way as a role model to show girls that they have choices and can achieve any careers," said Mattel Southeast Asia marketing chief Chris Chan.