American band Backstreet Boys gave a delight to its fans in Singapore on Saturday by giving a powerful performance. They created the nostalgia of the 24-year career graph. 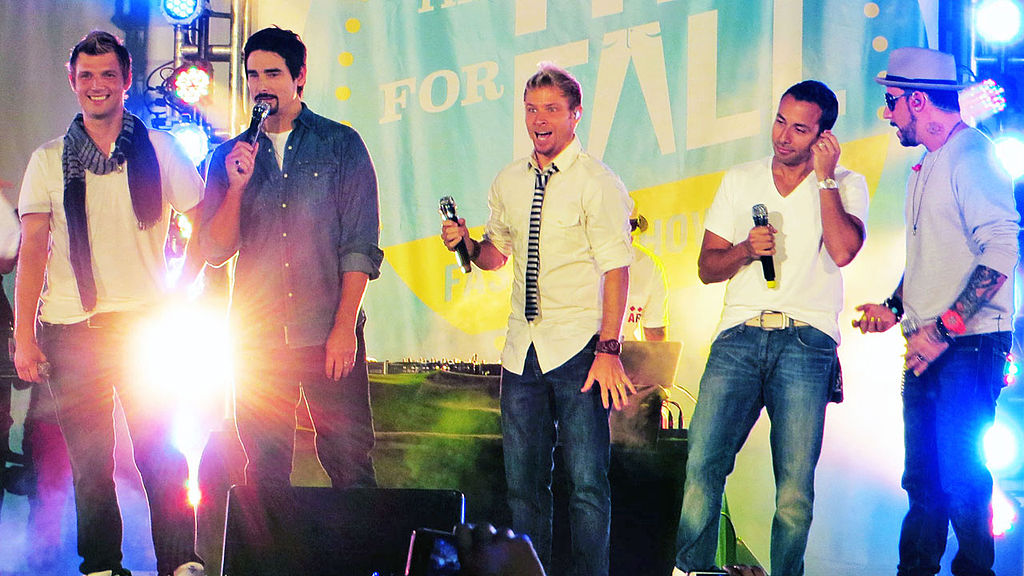 Backstreet Boys on stage during their performance at Old Navy Fit For Fall Fashion Show on September 14, 2012. Photo courtesy: Wikipedia

Held at the National Stadium as one of the high-profile social events in the run-up to the BNP Paribas Women’s Tennis Association finals (October 22-29), the ‘Larger than Life’ concert by A.J. McLean, Howie Dorough, Nick Carter, Kevin Richardson and Brian Littrell was the only Asian stop for the American band, currently performing long-term in the AXIS auditorium at Planet Hollywood in Las Vegas.

As many as 20,000 tickets for the show were reportedly sold out within hours of their release in mid-September, prompting the organisers, Unusual Entertainment, to arrange for more later that month.

Though the sweltering weather slowed down the high-octane performances a bit, the singers kept their energy up with their crowd-pleasers such as I Want It That Way and Everybody, the latter with a rousing encore at the end. The band also managed to recreate some of their famous pop video routines in the arena, especially the chair dance moves for As Long As You Love Me.

The 90-minute programme had scores of men and women in the age group of 25-45 years up on their feet, dancing and holding aloft their mobile devices, for nearly every song, proving the enduring quality of BSB’s work.

Among the other tracks that sent the fans into a tizzy were Quit Playin’ Games (With My Heart), Show Me The Meaning Of Being Lonely and I’ll Never Break Your Heart. Expert harmonising, yet another hallmark of BSB’s work, was present throughout.

Singapore’s night-time heat did not hamper the band members from donning costumes such as sequinned jackets and sharp suits to fit the spirit of the songs. A team of background dancers filled in the visual gaps with some stunning routines set to the BSB’s tunes.

The band will be entering its 25th year in the music business next year and has promised a new album. However, as the Singapore concert proved, old is gold for its die-hard fans.