The annual global convention for the Indian diaspora, Pravasi Bharatiya Divas (PBD) 2017 was held in Bengaluru from January 7 to 9 with a record participation since its inception.

On the third and the final day, 30 NRIs were honoured with Bharatiya Samman Awards (PBSA). Amidst the excitement and congratulatory banter, we caught with the two ladies among three women winners. Here is what they had to say: 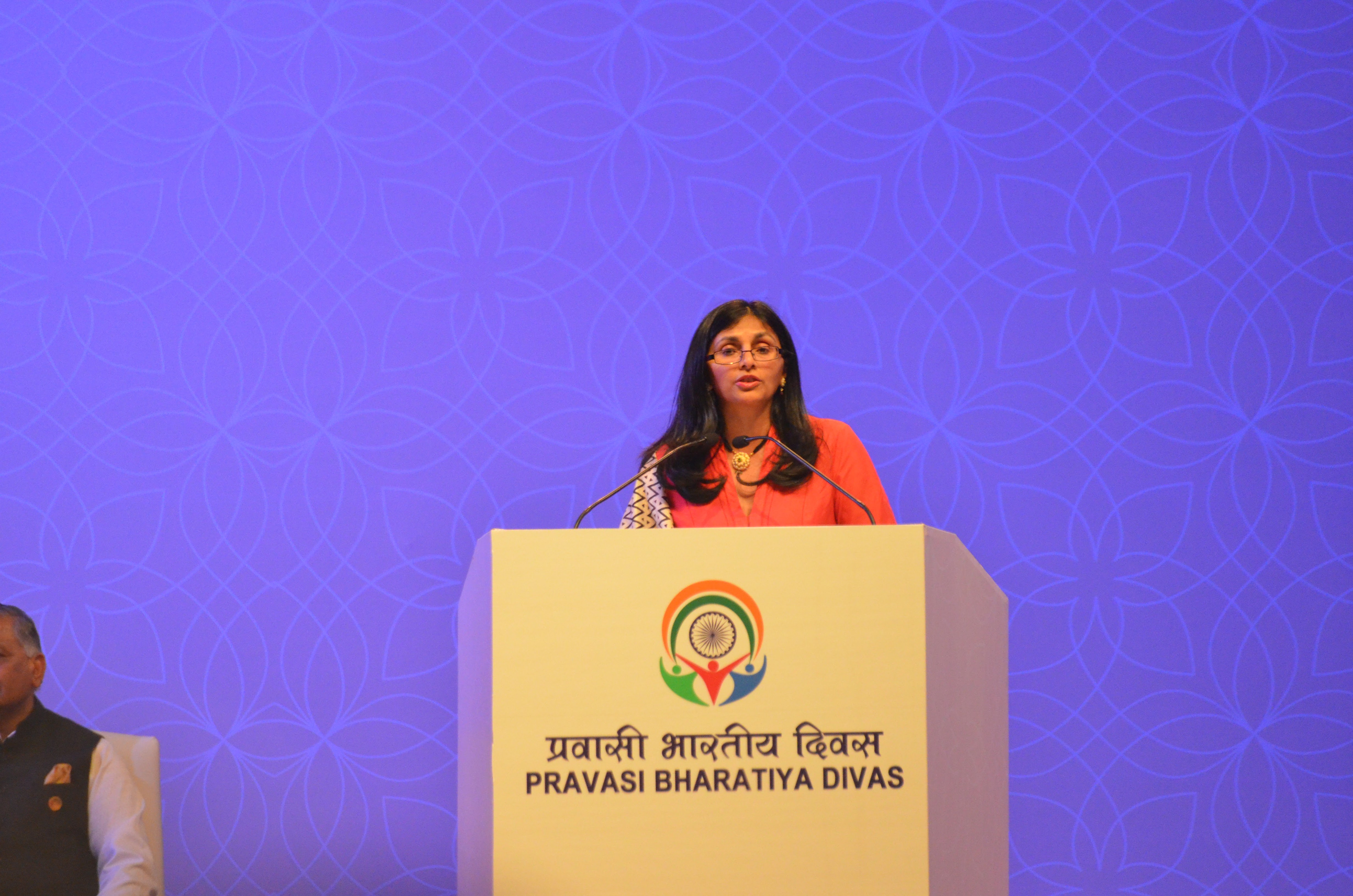 Nisha Desai Biswal from the USA was felicitated for her work around Public Affairs at PBD. Photo: Connected to India

Nisha Desai Biswal from the USA was felicitated for her work around Public Affairs. “Indian diaspora is really the diaspora that connects the world. In my own country in the United States, diaspora plays such an important role in understanding, educating and in creating interest between the countries. So, I think the diaspora will continue to be a powerful voice that brings India in greater connection to the countries around the world.”

“The Pravasi Bharatiya Divas is basically a recognition and celebration that as Indians go out into the world, they bring the India with them and they connect the world to India, so we are global citizens too,” she added.

Biswal is an Indian-American who is Assistant Secretary of State for South and Central Asian Affairs in the United States Department of State. She was previously Assistant Administrator for Asia at the US Agency for International Development (USAID). 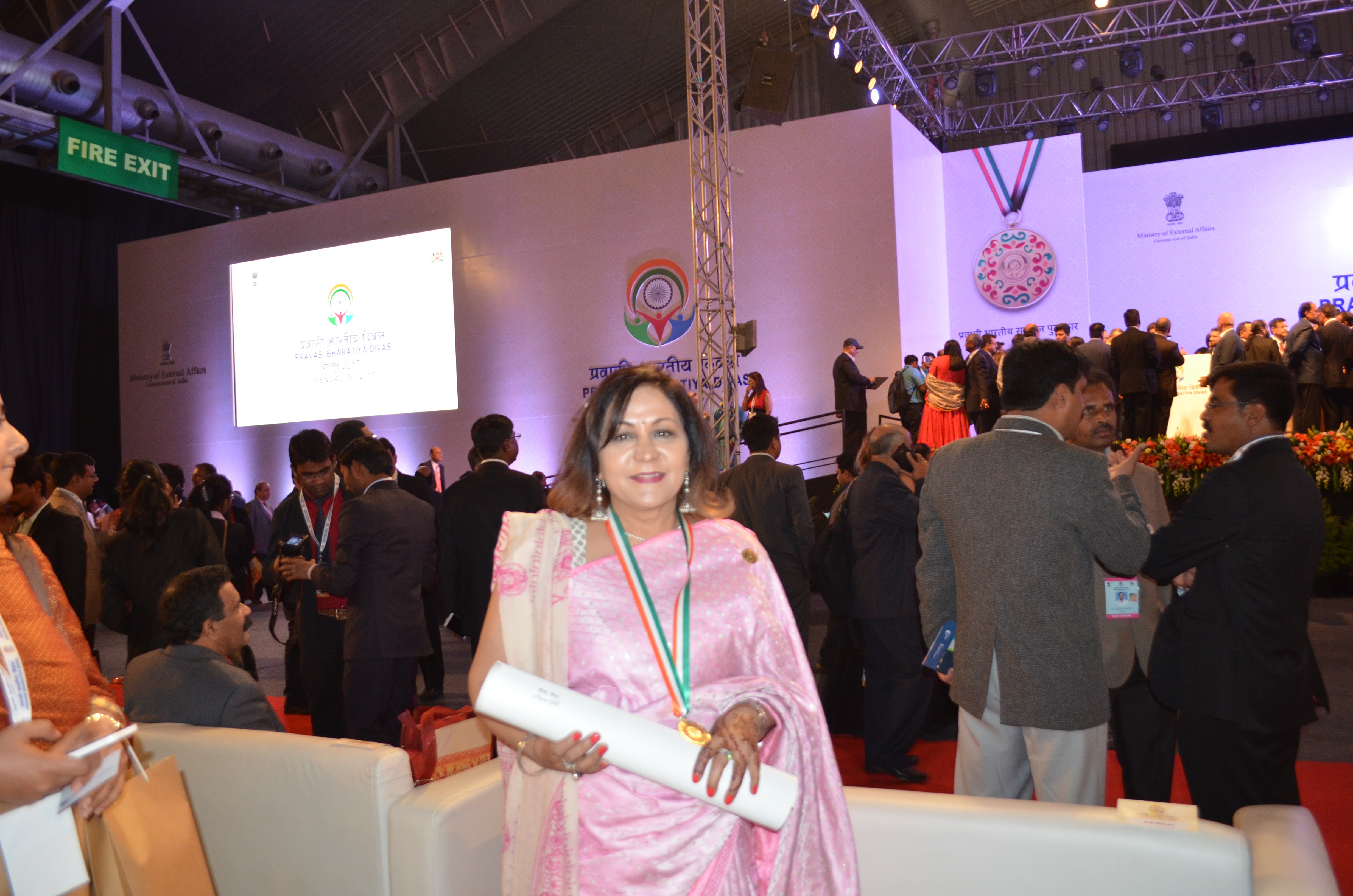 Neena Gill from the UK who was given the award for Public Service at PBD. Photo: Connected to India

Neena Gill from the UK who was given the award for Public Service shared her gratitude. She said, “I think it’s a great honour for me to be recognised. I think especially as a woman, there’s a lot more we have to do in terms of encouraging other women to observe and follow my footsteps to be engaged in public service. For all the people who have supported me and worked with me, it’s important for us to work hard and make sure that Indian diaspora continues to deliver not just for the country of their origin, but also to their home countries. We as diaspora have a dual responsibility of not only for the country we live in but also towards the country of our origin.”

A member of the European Parliament for the West Midlands for the Labour Party, Gill further stated, “It’s a great honour for me because in this week I was honoured by the majesty the queen in the new year’s and to receive this within the 10 days. It’s overwhelming… I never imagined I will receive this honour from the President of India. It’s wonderful.”

Gill was first elected to serve from 1999 to 2009 and re-elected in 2014. Prior to becoming a Member of the European Parliament, she was Chief Executive of ASRA Group and the Newlon Housing Group.