Avant Theatre’s upcoming production Sivagami throws light on one woman’s tale of ultimate sacrifice for her people. Adapted from Sivagamiyin Sabadam, the work of one of India’s most prolific Tamil poets is manifested through the medium of Bharatanatyam. 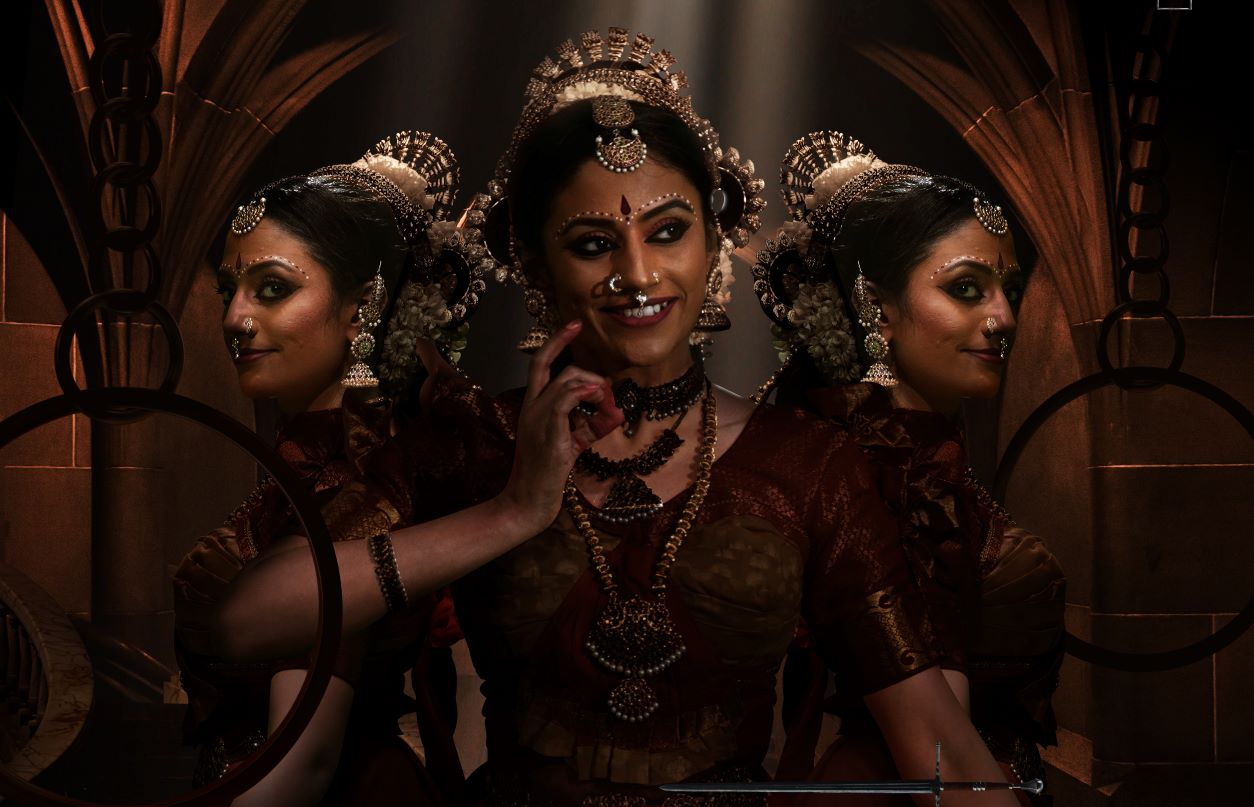 The character Sivagami’s sufferings are seen as a personification of the plight of India during the freedom struggle. Photo courtesy: Avant Theatre

The specially abridged and transcreated production celebrates the richness of India’s cultural heritage, featuring the rule of Mahendra Pallava and Narasimha Pallava and their longstanding battle with the Chalukyas.

Sivagami is set to be performed at the Gateway Theatre in Singapore on September 16 and 17. Tickets are available online.

Sri Ganesh, who adapted and compressed Kalki’s 1000-page epic novel into a 100-page musical script, said that he faced many challenges keeping the main storyline intact and establishing the necessary key characters.

“The challenges in Kalki’s works are manifold. Firstly, the extent of his research; then the level of his intertwining imagination with history which is often unrecognisable; thirdly, the way that he keeps breaking the fourth-wall,” he told Connected to India.

Ganesh stated that Kalki’s works humanised characters which history often put on a pedestal. He brought out the emotions and the feelings of the kings, queens and common citizens of 1,300 years ago and translated them for the modern age.

He added that though they tried to remain faithful to the source material, Sivagami’s core theme highlights the way a woman has been used as a pawn in feuds between kings and how that woman defied them and used art - the only weapon at her disposal - to bring succour to her people. 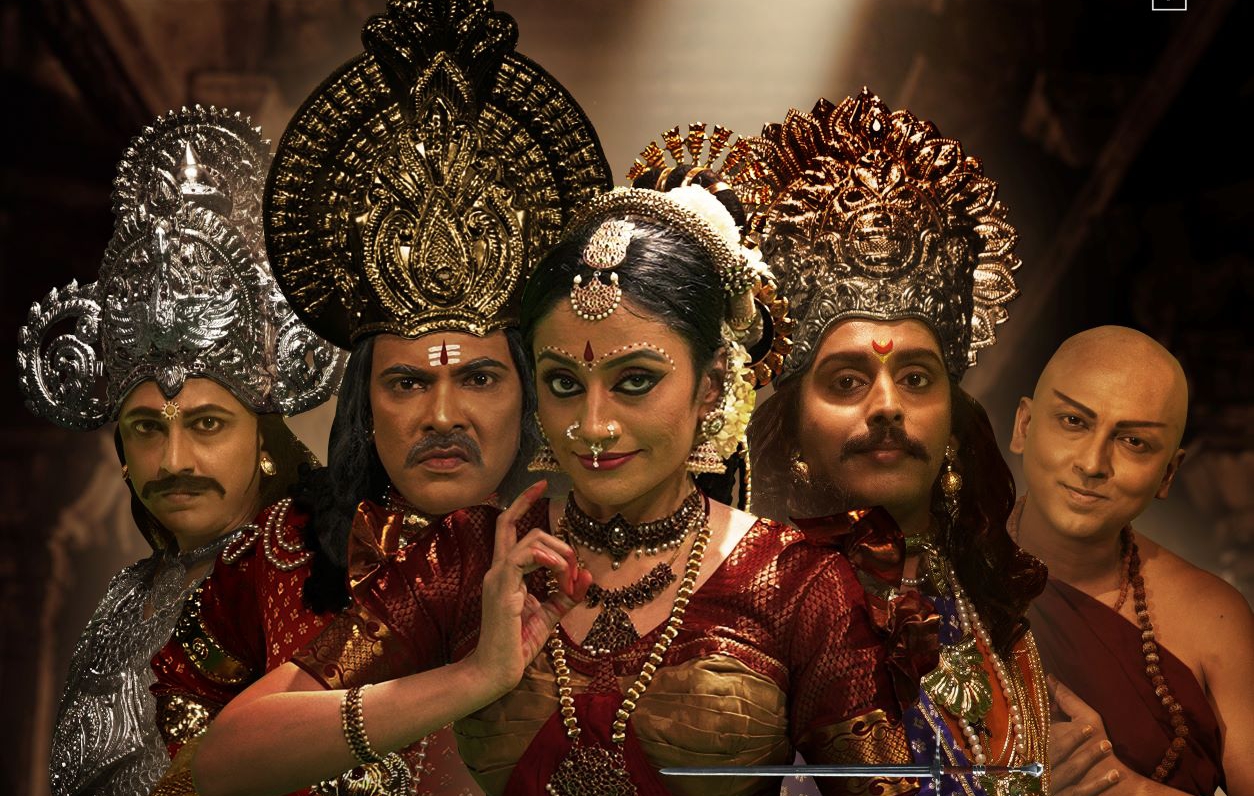 “History tells us that Mahendravarma Pallava lost the war to Chalukya king Pulikesi and his son Narasimhavarma Pallava avenged his father’s defeat after nine years. But the imagination of Kalki tied these events together with one woman - Sivagami - as the common thread. What if the wars were not just about usurping kingdoms? What if they happened because of a woman?” Ganesh said.

Sivagamiyin Sabadam was written during the height of the Indian Independence movement; the character Sivagami’s sufferings are seen as a personification of the plight of India's independence struggle and her ultimate release from Vatapi was equated to India attaining its freedom from the British rule in 1947, according to historians.

Over the past decade, Avant Theatre has staged more than 50 plays - mainly in Tamil and some in English - in Singapore, India and Malaysia. Recently, it has been promoting hybrid and collaborative productions, such as Marabu in 2019 with Bhaskar’s Arts Academy. It has also worked on different performances as part of its Kavicharal annual series, showcasing the works of Singapore’s literary giants (Uthuman Ghani, Se Ve Shanmugam etc.) through innovative methods such as poetic enaction, katha kalakshepam etc.

“Sivagami could be termed as a Tamil play with three Bharatanatyam dance numbers with a high degree of collaboration with artistes and technicians from India, Malaysia and Singapore. Yes, the western world might want to call it a musical,” said G Selva, director of the production. “The collaborations were not just with theatre practitioners and technicians; but with three dance schools of Singapore – Bharathaanjali, Bhaskar’s Arts Academy and Kalpavriksha Fine Arts in producing the dance numbers.”

Selva, one of the accomplished theatre directors of Singapore, has written, directed and acted in more than 80 plays in English and Tamil. He has created various genre of theatre performances for public viewing over the past 30 years in Singapore and in Australia.

“Over the last 25 years of watching Tamil theatre in Singapore, I can say that the growth has been tremendous. From a lack of obvious support then from various parties – audience, government, private sector etc, it has moved to the establishment of different companies who focus on nurturing young and upcoming talent,” he told Connected to India.

Avant itself runs several workshops every year in performance-making covering the entire gamut of a production – script writing, acting, technical production etc, which has become a breeding ground for budding talents; many of the ‘graduates’ have moved on to perform well on stage and television.

Selva said it was a constant struggle to bring good theatre in Singapore, especially in Tamil.

"The support that one receives from the government and its agencies can take it to a particular level. To take it to the next level where the performers can become at least semi-professional needs sustained and generous support from the private sector and general public. With a limited audience pool, it takes great amount of passion to belt out good quality productions year after year. Having watched this space for the last quarter century both in India and Singapore, I can safely say that the quality of productions in Singapore are on par if not better in some areas. Thus, what is needed is more support which can take these works international to make the Singapore flag fly high,” he said, signing off.