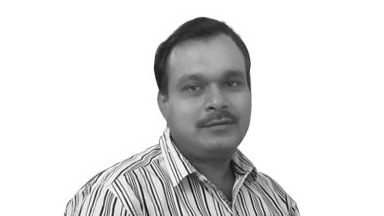 Ashraf Jamal, a journalist with a degree in law comes to Connected To India with over 11 years in print journalism. A large of being with India's and probably the world's most circulated English daily the Times of India. He has written on a range of issues including culture, tourism, civic problems, railways, power, politics among others. He has reported extensively on North Central Railway which is the lifeline of the people of Northern India. He considers the trajectory and development of this new railway zone to be nothing short of illustrious.

Prior to The Times of India, he worked in “Northern India Patrika” supervising a team of reporters, editing articles, writing news reports, designing page layout, giving vital inputs for enhancing the features of newspaper and guided the editorial content of the newspaper. Supervised Op-Ed page and Kids’ section of the Sunday Magazine of the newspaper.

Ashraf holds a postgraduate degree in political science from Allahabad University and also a degree in journalism from the same university. He has also a degree in law. He enjoys taking part in discussions on developmental issues and relishes Indian ethnic cuisines.

He has also edited a book on homoeopathy written by Dr. GK Shangloo and  Dr. Sharad Shangloo and hopes to publish a book of his own one day.