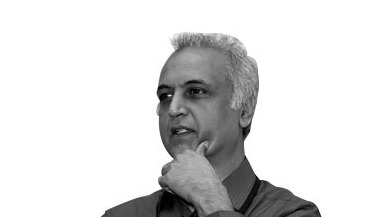 Narayanan Madhavan is a senior journalist and editor with more than 30 years in the profession. He started his career in the Times of India Group and  has worked with The Economic Times, Business Standard, Reuters Indian Express and most recently, Hindustan Times.

Though he officially specialised in business and technology, he has covered elections, the Kargil war and Pokhran nuclear tests. He writes on a wide range of subjects including culture, cinema and society. He is a regular commentator for the BBC, Al Jazeera and Lok Sabha TV.

His deep interest in Tamil,his mother tongue, Hindi, the language he speaks in his native Delhi, and English, his vocational language, have made him aware of the potential that translation from Tamil can bring to a wider audience. Madhavan has a bachelor's degree in economics from Shri Ram College of Commerce, Delhi and a master's in politics from Delhi University.