Australian Prime Minister (PM) Malcolm Turnbull is set to make his maiden official visit to India next week to further build on relations during talks with Indian Prime Minister Narendra Modi in areas like trade, defence, education and skills sector. 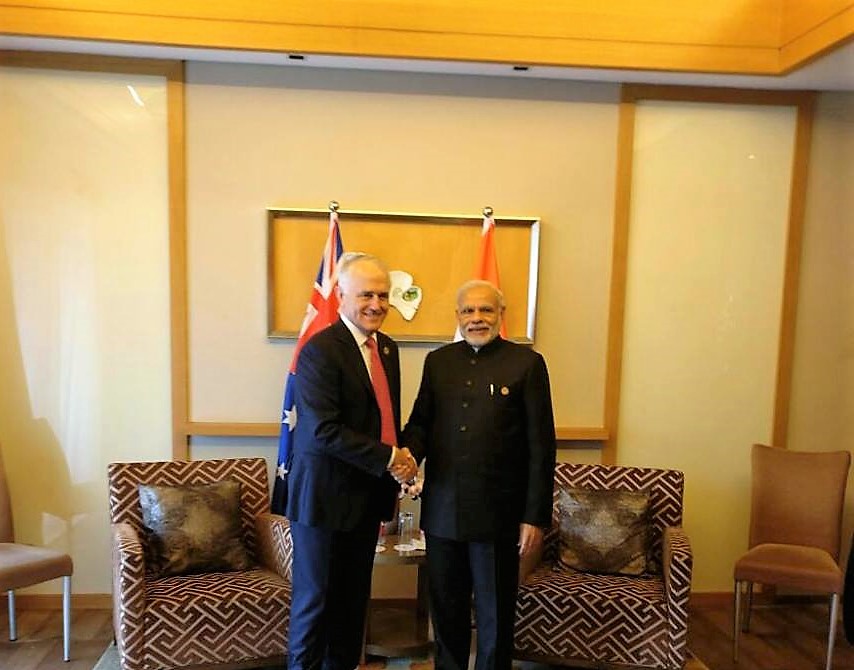 “The PM’s travel arrangements could not be revealed until an official announcement is made,” Turnbull’s office said. Turnbull, 62, became Australia’s Prime Minister on September 15, 2015.

Modi invited Turnbull to India last year during the G-20 Summit in China.

Craig Jeffrey, Director of Australia India Institute (AII), a Melbourne-based think-tank, took to Twitter to announce the upcoming visit and said the two leaders (Turnbull and Modi) will have a natural affinity as both placed a premium on youth, jobs and innovation.

“Flow of people and ideas knit Australia and India together. Now is the time to capitalise on these connections,” Jeffrey said.

The Australia-India Business Council (AIBC) is reportedly attaching importance to the visit, as both nations see each other as strategic partners and would like to look for ways to strengthen and broaden existing linkages.

Australia India Business council (AIBC) national chair Sheba Nandkeolyar attached great importance to the upcoming trip. “A visit by another Prime Minister is highly regarded in India. This implies that Australia means business and India is viewed as a strategic partner,” he said.

She further said the delegation will be an opportunity to establish stronger links with Indian counterparts and gain a deeper understanding of the Indian training market and the challenges it faces in educating and skilling its large population.