Themed "Tree of Life", the 19th edition of Kalaa Utsavam – Indian Festival of Arts throws the spotlight on the local Indian arts that has shaped Singapore’s cultural and arts scene in more ways than one.

Also look out for an array of free digital programmes, the annual Chakra-thon hindustani music performances by prominent artists from India, Stories for Solving specially for families, as  well as our all-new podcast series.

For the first time ever, Kalaa Utsavam features three digital premieres in light of the ongoing safe distancing restrictions for COVID-19.

The productions will be streamed on on SISTIC Live on November 20, at 8pm, and remain viewable till November 29, 11.59pm. 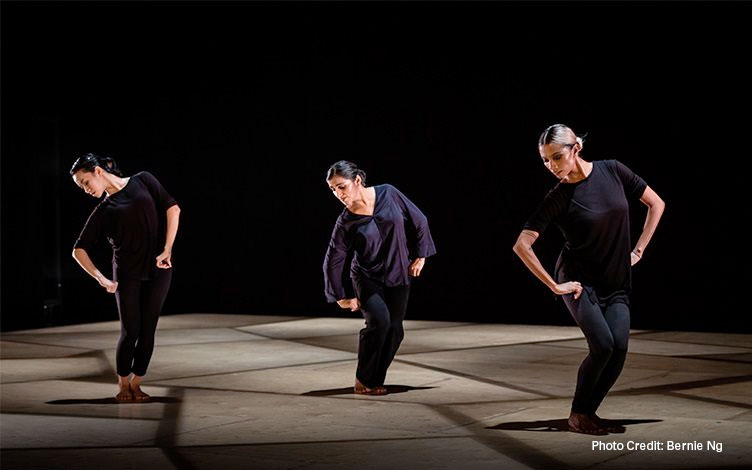 A “pallavi” is both a repeated refrain in carnatic music and a category of classical odissi that is pure dance, stripped of story and characterisation, accompanied only by music. At first slow and graceful, a pallavi in odissi gradually builds in tempo and intricacy, blossoming as the music unfolds. Photo courtesy: Bernie Ng

Pallavi through Abstractions is the final outcome of the Pallavi Series (2016-2018), a three-part choreographic exploration of the grammar of the odissi dance form.

In this film, Pallavi & Space navigates the relationship between the performance space and the abstract space inhabited by dance using odissi’s “chowk” position; Pallavi in Time contemplates the body moving to rhythm with the “tri-bhang” stance; Pallavi with Stillness seeks to deconstruct odissi by isolating and accenting torso movements.

A digital premiere by Singaporean contemporary Indian dance company, Chowk, this filmed performance is a unique collaboration between dancer-choreographer Raka Maitra and local filmmaker Ler Jiyuan whose dynamic camera lens frames the pallavi to tell a riveting story of a dance form that transcends borders. 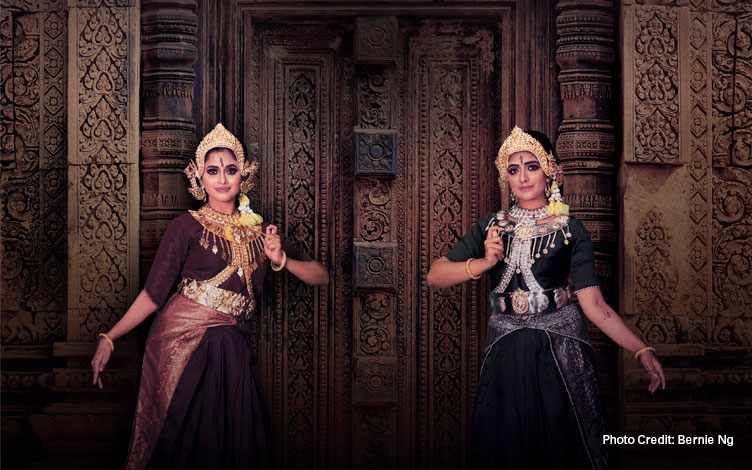 Unique among Cambodia’s famous sacred buildings, Banteay Srei stands out from other ancient Angkorian temples with its petite size, the pink hue of the hard, red sandstone from which it is made, and the intricacy of its exquisitely sculpted wall relief carvings of motifs, figures and scenes from the Hindu Mahabharata and Ramayana epics. Photo courtesy: Bernie Ng

Built by Khmer courtiers in the 10th century, Banteay Srei was originally named Tribhuvanamaheshwara, and its surrounding town named Isvarapura, both in dedication to Lord Shiva, though the temple venerates both the gods Shiva and Vishnu. Later on, it was dubbed Banteay Srei or “Citadel of Women” in Khmer, perhaps in tribute to the plethora of enchanting female devatas (deities) adorning the temple’s walls as well as the life-sized sculptures of yogini (sacred women) found within its compound.

See these ancient figures and scenes from the Hindu epics come to life and listen as the yoginis unravel mystical stories of the sacred temple in this exhilarating dance production. 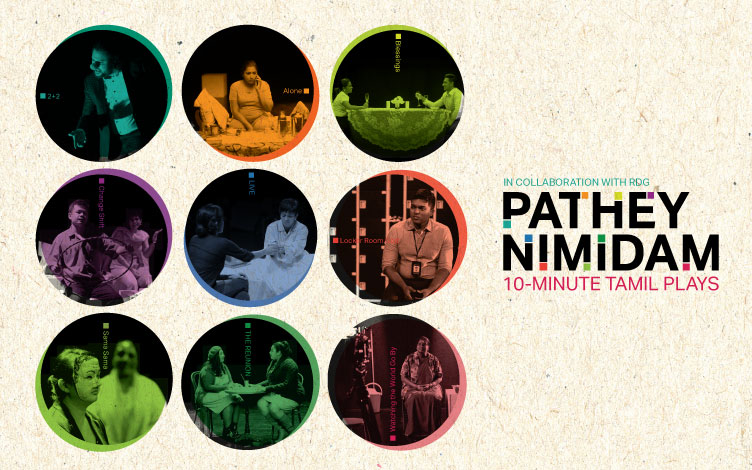 The nine narratives in Pathey Nimidam this year deal with different subject matter, but all highlight issues close to our hearts. Photo courtesy: Esplanade

The festival involves the participation of numerous Tamil and non-Tamil theatre practitioners – directors, playwrights and actors – in the creation of diverse works wrought from mutual respect and cultural exchange.

For the first time, the 7th edition of Pathey Nimidam is presented at Kalaa Utsavam – Indian Festival of Arts. Directors of all the nine plays collaborated with K. Rajagopal, a film maker, to film the plays for digital premiere. 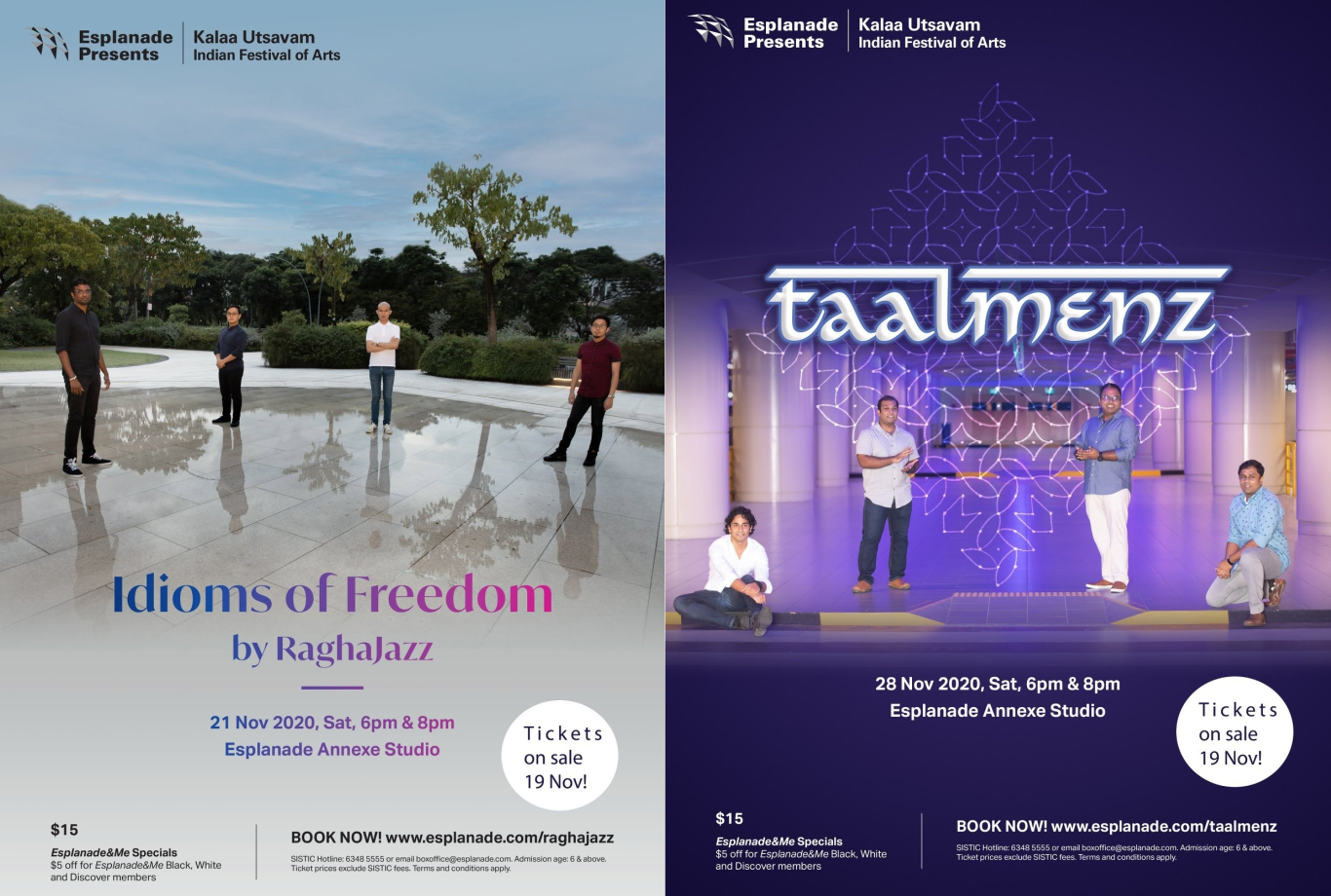 Idioms of Freedom by RaghaJazz

Presenting an all-original explosion of Indian classical music, jazz, funk and blues, "Idioms of Freedom" is a concert of contemporary, original compositions that maps the journey of RaghaJazz’s leader, flautist and composer, Raghavendran.

Its repertoire is a compilation of the group’s popular compositions and a sneak peek at songs from the group’s upcoming album.

With this concert, TaalMenz performs with guest artists – flautist Andy Chia from SA the collective, and Nilesh on keyboards – to present popular Tamil and Hindi songs with original arrangements and brand new compositions in Tamil, Hindi, Kannada, Odia (from Odisha) and Urdu.

Making A Scene is an Esplanade podcast about how art gets made. In this series, artists reflect on topical issues and connections that bind them across art forms and countries, and talk about what inspires their art.

Explore the Spanda Dance Company’s vision through this dialogue with its founder Leela Samson as she breaks down Bharatanatyam’s nuances. Diving into Leela Samson’s journey in dance including her work as a mentor, we find out what her practice means to her and shed light on how a dancer can make the transition to becoming a choreographer. 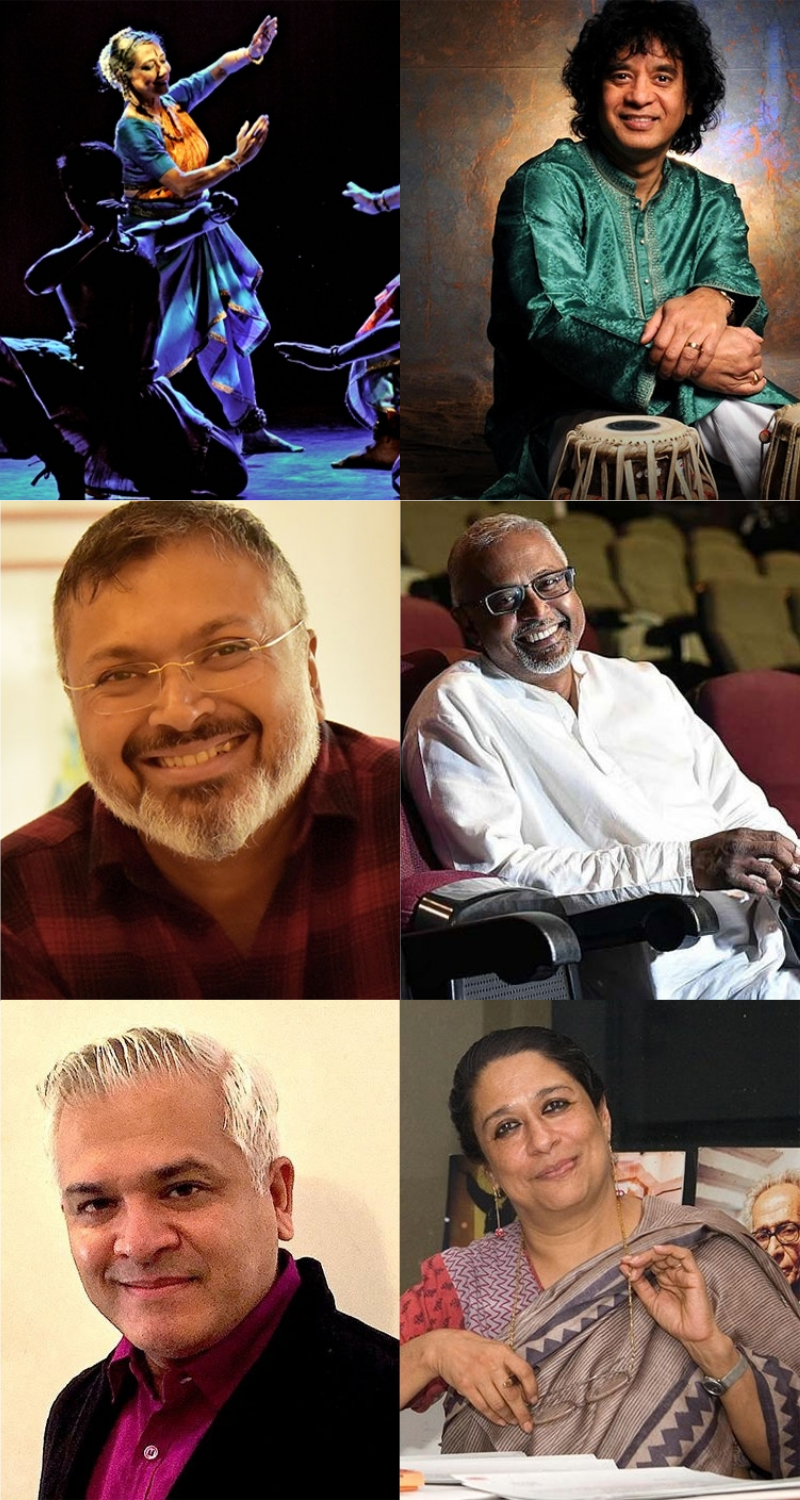 Tracing the History of Indian Bands in Singapore

Journey back with veteran musician Md Raffee and discover Singapore’s Indian band scene from the 1940s to the 1980s, when his band The Vasatham Boyz entered the scene. Hosted by Sheela Narayanan, this podcast also covers Md Raffee’s contributions to music scenes in Singapore and India, and what inspired him to become a full-time musician.

The Magic of Zakir Hussain's Music

Based in the United States, celebrated percussionist Zakir Hussain talks about the tabla and his career in music. Known for his work with the fusion band Shakti and sitar virtuoso Ravi Shankar, Hussain is also an Indian composer and music producer, who has brought the tabla to international prominence.

Theatre and its place in society in Mumbai and Bangalore

This podcast hosted by comedian Sharul Channa surveys the theatre landscape of Mumbai and Bangalore through its local artists and arts groups, from newbies to veterans who have been around for over 30 years.

She talks to Atul Kumar, a theatre artist and director who heads The Company Theatre, as well as one of India’s best-known multilingual theatre actors Arundhati Nag on the challenges that theatre industry faced during COVID-19, and the way it is an integral part of society.

Renowned author Devdutt Pattanaik writes on how mythology continues to be relevant to modern societies, especially in management, governance and leadership. In this podcast hosted by Himanshu Verma, we dive into Devdutt's success as an prolific author and mythologist, the challenges that he has overcome as a writer, as well as the relevance of mythologies in modern society. 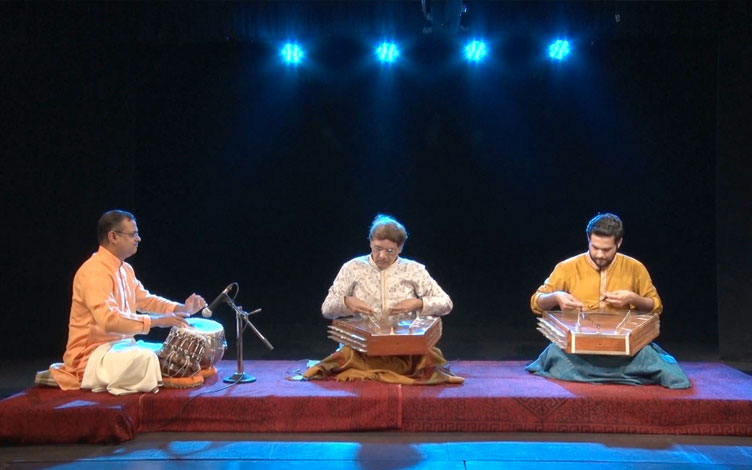 In hindustani classical music, time-specific ragas evoke the cycle of diverse moods and emotions that we experience at different times of the day (prahar) and seasons of the year.

Curated with National Arts Council Young Artist Award recipient Nawaz Mirajkar, Chakra-thon is a series of time-specific concerts that run from dawn to dusk. This year's Chakra-thon will premiere over eight days during Kalaa Utsavam on Facebook and Esplanade Offstage. 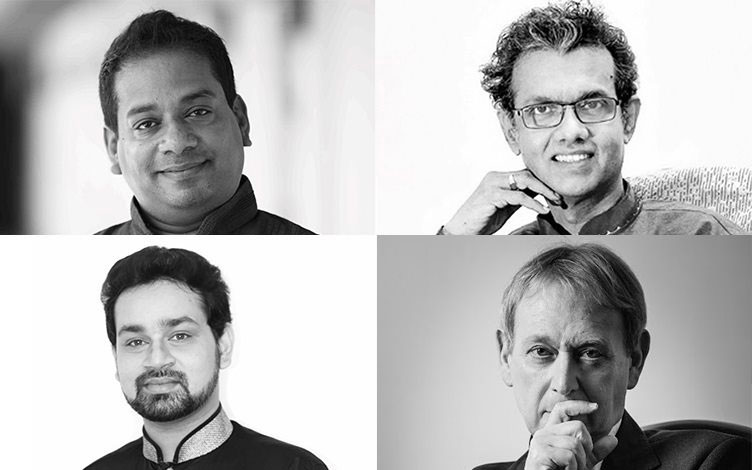 Uncover the secrets behind this exhilarating dance work based on ancient Hindu epics depicted on the walls of a sacred Cambodian temple. Aravinth Kumarasamy, Rajkumar Bharathi and Mohanapriyan Thavarajah talk to Janek Schergen about the making of Amara – Dancing Stories of Banteay Srei.

When: Nov 20-Dec 20
Where: Live streamed from Esplanade

Ayurveda: Concept of Immunity and How to Strengthen It 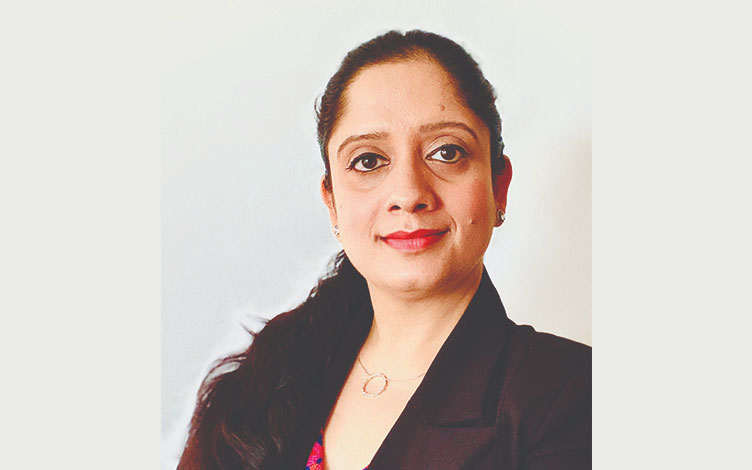 Isolating individuals with infectious diseases from the rest of the community is a concept prevalent in Ayurvedic literature. Such preventive actions to check the spread of communicable diseases as documented in ancient Ayurvedic writings such as the Sushruta Samhita are very similar to the measures being practised today to curb the spread of COVID-19.

Aside from introducing the concept of immunity and preventive care based on the Ayurvedic principle, this online talk by physician and yoga trainer Dr Dharna Tiku will also educate audiences on how they can keep diseases at bay through healthy diets, lifestyles and daily regimes.

When: Nov 28
Where: Zoom  (Pre-registration is  required)

Dialogue with Chowk Productions on Pallavi through Abstractions 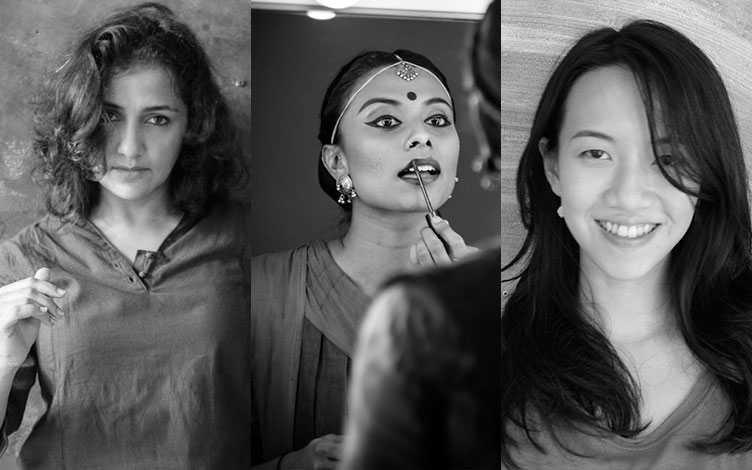 Go behind the scenes of the final work in Chowk Productions’ three-part exploration of the grammar of odissi dance. Raka Maitra, Sandhya Suresh and Caroline Chin discuss the creation of Pallavi through Abstractions.

When: Nov 26-Dec 20
Where: Live streamed from Esplanade 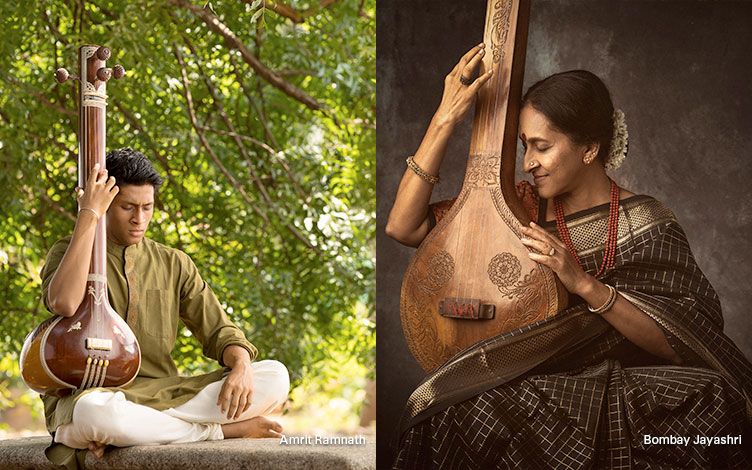 Uncover how Bombay Jayashri has made Carnatic music relevant and inspiring to a new generation of artists. Her son Amrit Ramnath shares about paving his own musical path, one influenced by Carnatic music.

When: Nov 27-Dec 20
Where: Live streamed from Esplanade 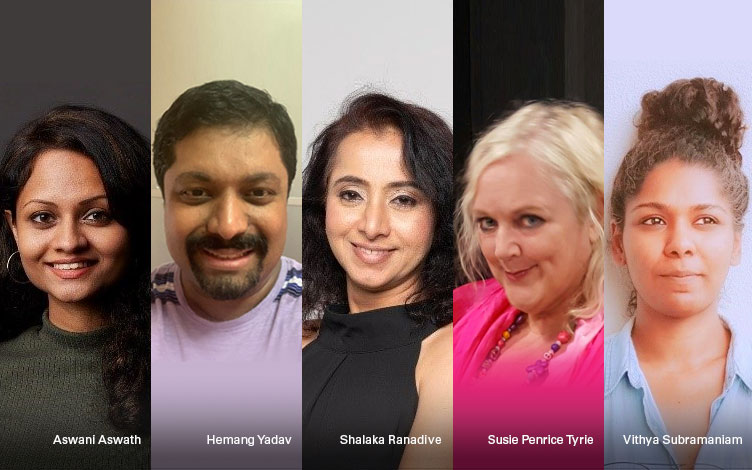 RDG’s annual Tamil 10-minute play festival Pathey Nimidam was founded in 2013. Numerous Tamil and non-Tamil theatre practitioners have participated in the creation of diverse works wrought from mutual respect and cultural exchange. With Pathey Nimidam going online in its latest edition at Kalaa Utsavam – Indian Festival of Arts 2020, the panelists in this chat discuss how the series has grown, their experiences working with and across language and culture, and their wish-list for the series.

When: Nov 24-Dec 20
Where: Live streamed from Esplanade 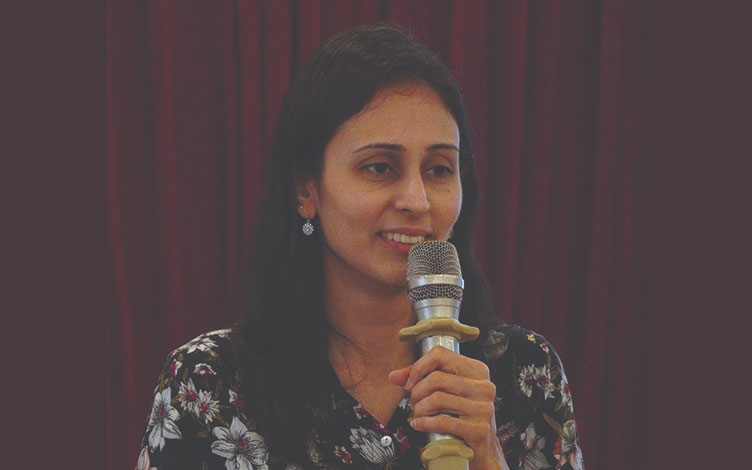 Navneet Kaur, who will be sharing about meditation in this live chat. Photo courtesy: Esplanade

Meditation is central to any spiritual practice. It is the simplest way to understand and connect with our inherent spiritual nature, which is a state of limitless wisdom, love, peace, prosperity and joy. Discover the science of meditation in this session, uncover spiritual truths and learn to experience a state of meditation.

When: Nov 21
Where: Zoom  (Pre-registration is  required) 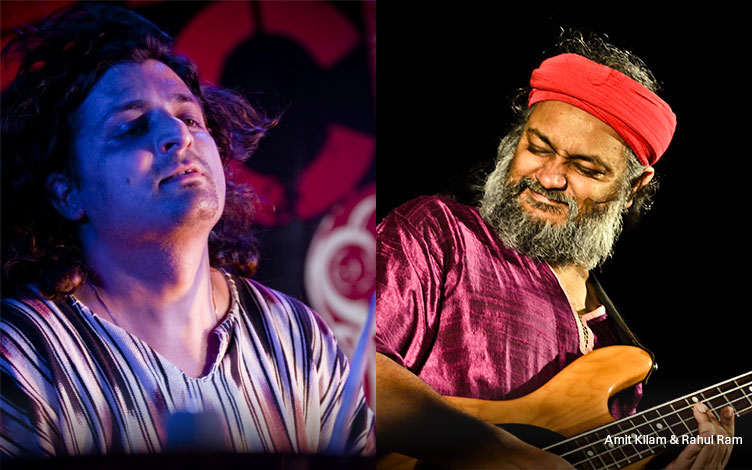 Formed in the early 1990s, the Delhi-based, fusion rock band Indian Ocean has come to define the Indian music scene. In this live online chat, band members Rahul Ram and Amit Kilam retrace the group’s 30 years in music and talk about dealing with changes and transitions in a line-up when band members depart. Delve into what music making means to them as the two veteran musicians dispense advice on how to break into and leave one’s mark on the global music industry.

When: Nov 20-Dec 20
Where: Live streamed from Esplanade 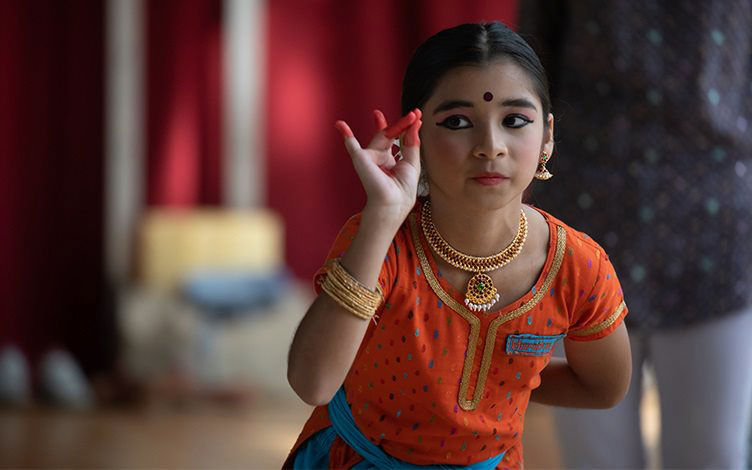 Discover the rich heritage of Indian dance! This introductory workshop by Bharathaa Arts will allow you and your child to learn animal postures and hand gestures that represent the different elements of nature paired with traditional dance and local folklore.

When: Nov 29
Where: Zoom  (Pre-registration is  required) 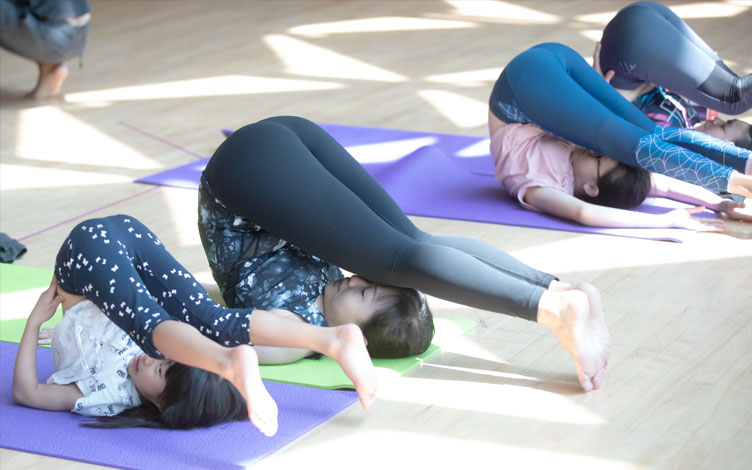 For this workshop, yoga instructor Renuka Silvaraju will be conducting a fun yoga session that will allow you and your children to bond through mindful practices. Discover the joy of parent-child yoga as Renuka introduces you and your family to simple postures and routines you can do on your own at home.

When: Nov 22
Where: Zoom  (Pre-registration is  required) 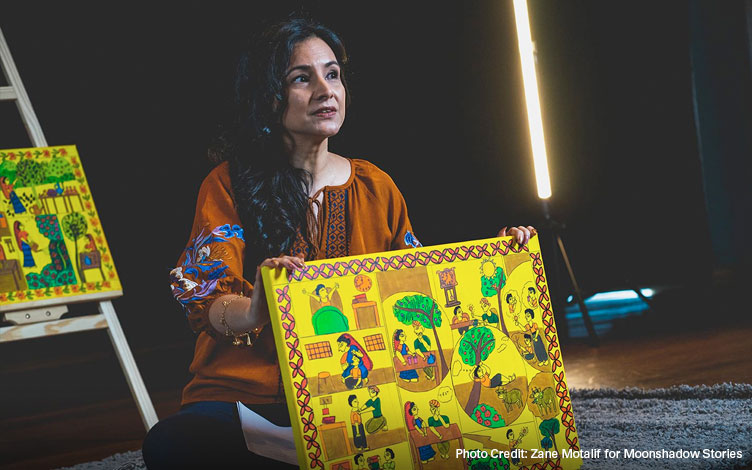 If you are good at figuring out clues and solving puzzles, it’s time to put on your thinking cap and enjoy these classic folktales from India, which are riddles wrapped inside stories.

You can also create your own storybooks to bring around to retell these riddle tales by printing and colouring the Indian folk art scenes from the video.

When: Nov 20-Dec 20
Where: Esplanade Offstage