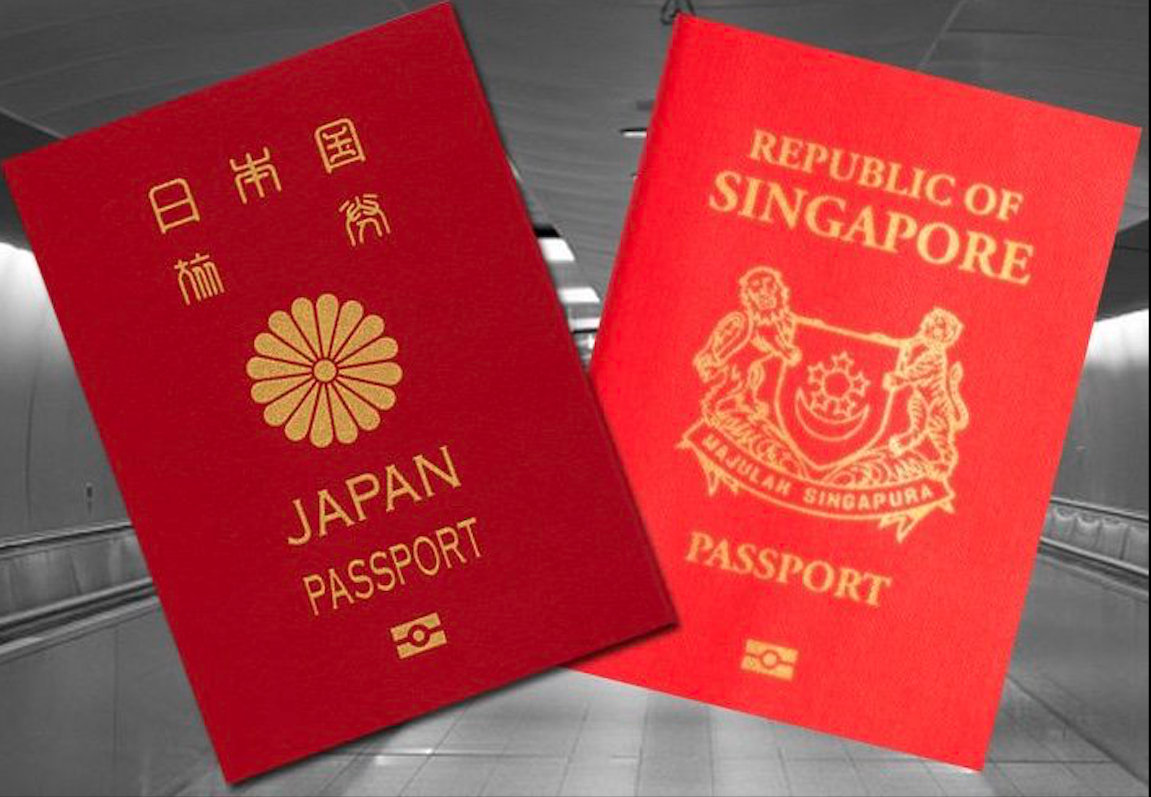 Japan and Singapore maintained their top spot as the world’s most powerful passports in the third quarter report published by the Henley Passport Index. Both countries have a visa-free/visa-on-arrival score of 189.

The latest ranking of passport power and global mobility, which is based on data from the International Air Transport Association (IATA), is the culmination of an 18-month streak at the top for both nations, after they unseated Germany from its long-held top position in 2018.

Following them were South Korea, Finland and Germany in joint second place with their citizens having access to 187 destinations worldwide without a prior visa.

Denmark, Italy and Luxembourg were in third place with 186; and France, Spain and Sweden came in fourth with 185.

The United Kingdom and the United States were ranked sixth - the lowest position either country has held since 2010 and major drop from their first position in 2014.

“With a few notable exceptions, the latest rankings from the Henley Passport Index show that countries around the world increasingly view visa-openness as crucial to economic and social progress. Discussions of passport power and global mobility tend to focus on the benefits for the countries with the strongest passports,” said Dr. Christian H. Kaelin, Chairman of Henley & Partners and the creator of the passport index concept.

The United Arab Emirates entered the Index’s top 20 for the first time in the ranking’s 14-year history, with a visa-free/visa-on-arrival score of 165. The UAE has more than doubled the number of destinations its citizens are able to travel to without a prior visa in the last five years.

India occupied the 86th position in the rankings with a score of 58. Afghanistan remained at the bottom of the global mobility spectrum, with its citizens able to access only 25 destinations worldwide without a prior visa.