Asia has at least 10 ancestral lineages, Europe only one: NTU study

Providing what the authors call “the first comprehensive genetic map for Asia”, the study aims to guide scientists in studying diseases unique to Asians.

This could help to improve precision medicine and identify drugs that may carry higher risk of adverse reactions for certain ethnic groups. 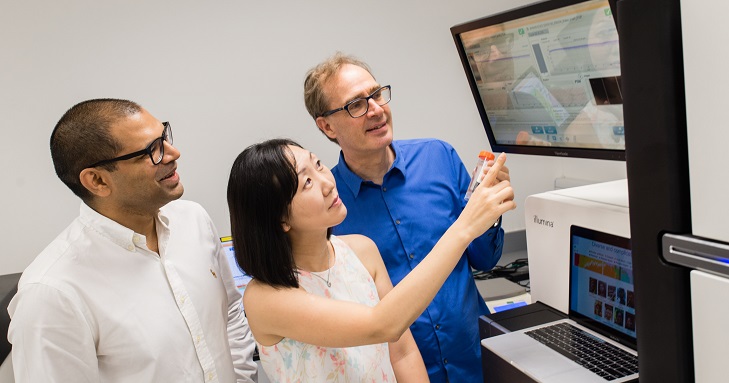 A study by a team of international researchers from the GenomeAsia 100k Consortium found that Asia has at least ten ancestral lineages, whereas northern Europe has a single ancestral lineage. Photo courtesy: NTU

Knowing a person’s population group and their predisposition to drugs is extremely important if personalised medicine is to work.

NTU Professor Stephan C. Schuster, the consortium’s scientific chairman, explained, “For precision medicine to be precise, you need to know precisely who you are.”

For example, Warfarin, a common anticoagulant drug prescribed to treat cardiovascular diseases, likely has a higher than usual risk of adverse drug response for people carrying a certain genetic variant. This particular genetic variant has a higher frequency to appear in those with North Asian ancestry, such as Japanese, Korean, Mongolian or Chinese.

"We are excited that over 1000 whole genome sequence data from the Indian sub-continent will now be available to researchers; this is an initial step in covering the underrepresented geographies," said Sam Santhosh, Chairman and CEO of MedGenome.

Prof Jeong-Sun Seo, Chairman of Macrogen, added, “I hope this Asian-focused study serves as a stepping stone for the democratisation of health care and precision medicine in Asia.”