Minister for Defence Dr Ng Eng Hen said that China’s actions in the South China Sea (SCS) dispute were motivated by their desire to prevent encirclement and to push forward their line of defence. The minister said this at the 54th Munich Security Conference, an annual high-level security conference that brings together heads of government, defence and foreign ministers, parliamentarians, military leaders and security experts from around the world. 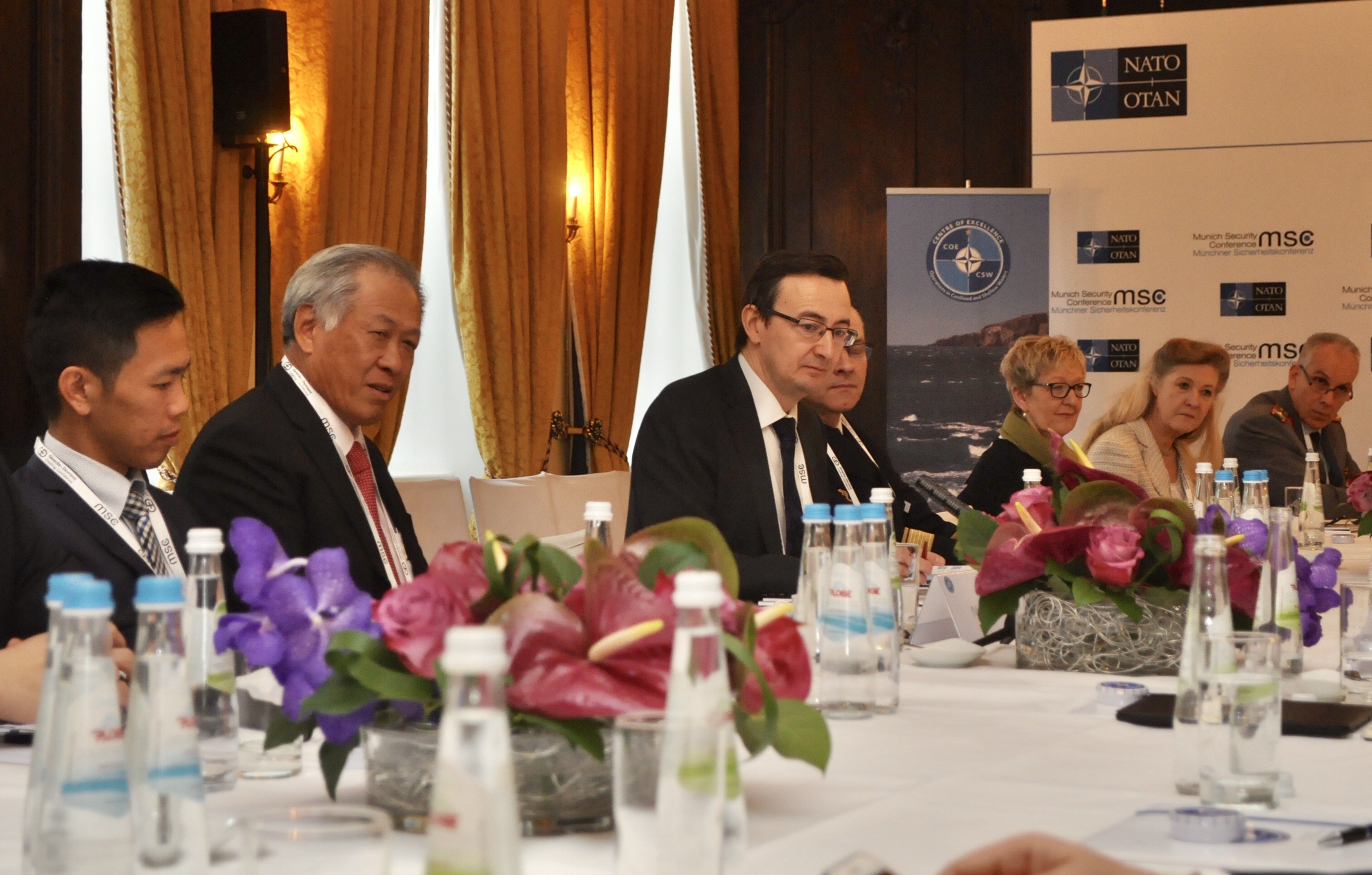 Held from February 16 to 18, this year’s conference discussed the defence cooperation in the European Union and the North Atlantic Treaty Organization, security around the borders of the Sahel region of Africa, and other areas such as nuclear security and Jihadism.

Dr Ng spoke on the topic ‘Bridging Troubled Waters – The SCS dispute’, as part of a Maritime Security Roundtable alongside Chief of Staff German Navy, Vice Admiral (VADM) Andreas Krause and Professor for International Politics at the Bundeswehr University Munich, Dr Carlo Masala, with Chatham House Associate Fellow, Bill Hayton as the moderator for the session.

He highlighted that ASEAN member states have approached SCS issues in a pragmatic way. He said, “Both ASEAN and China have affirmed the hope to complete the Code of Conduct (COC) (in the SCS)”.

“The ASEAN Defence Ministers’ Meeting (ADMM) has worked hard to produce consensus on practical measures that prevent mishaps and miscalculations, or if there are, to de-escalate issues,” he added.

These initiatives include the operationalisation of hotlines to respond to maritime emergencies, the launch of a Direct Communications Infrastructure amongst ASEAN establishments, and an agreement to expand the Code for Unplanned Encounters (CUES) to all ADMM-Plus countries in November 2017.

Dr Ng added that Singapore, as ASEAN Chair this year, would also work with the other ASEAN countries to “develop a set of guidelines for air encounters between regional military aircraft… and we seek to enhance practical cooperation and build confidence through the conduct of multilateral exercises, including the ASEAN-China Maritime Exercise this year”.

The minister met German Federal Minister of Defence Dr Ursula von der Leyen and a US Congressional delegation in Munich. He also had a conference call with US Secretary of Defense, James Mattis, reaffirming the excellent and long-standing bilateral defence relationship between Singapore and the US.