In probably the most exciting final in the tournament’s 92-year history, Argentina secured its third FIFA World Cup title by beating France 4-2 in a penalty shootout after a 3-3 draw featuring two goals from Lionel Messi and a hat trick by France forward Kylian Mbappé. 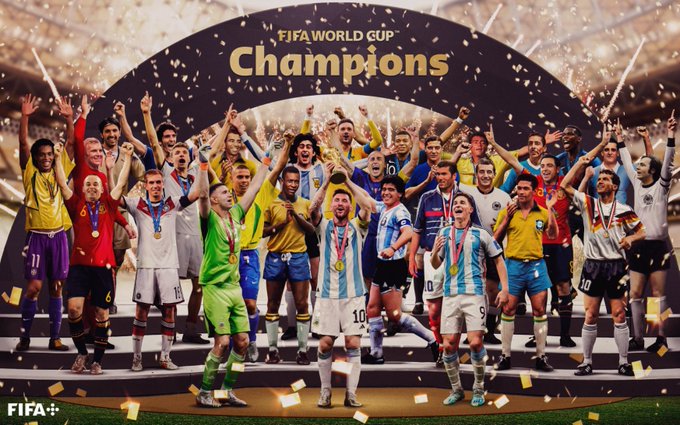 With the win, Messi lifted the first ever World Cup trophy of his illustrious career. Photo courtesy: Twitter/@FIFAWorldCup

The match seemed to be going in Argentina's favour till the 80th minute but then France's Kylian Mbappe converted a penalty into goal to make the equation 2-1. In a miraculous turnaround, Mbappe scored again in the 81st time to cancel out Argentina's lead as the score became 2-2.

The match then went into extra time, Messi struck in the 108th minute and Mbappe converted a penalty to goal in the 118th minute to make the equation 3-3. Finally the fate of the match was sealed by penalty shootout.

But as the match turned on its head and Argentina squandered the lead to make the equation 2-2 before extra time in the final against France, the entire world was amazed by the sudden turn of events.

With the win, Messi lifted the first ever World Cup trophy of his illustrious career. He was awarded the 'Golden Ball' for best all-round performance in the tournament. With eight goals, Mbappe received the 'Golden Boot' for being the leading goal-scorer in this edition of the World Cup. The 'Golden Glove' was awarded to Argentina's Emiliano Martinez as he was adjudged the best goal-keeper in the tournament.