Another case of hate crime in Kansas: Indian doctor chased, stabbed to death

Another case of hate crime has been reported in Kansas, where an Indian doctor was stabbed to death. One of his patients has been arrested as a suspect, according to police. Achutha Reddy’s death in Witchita on Wednesday is the second killing this year of an Indian in Kansas, IANS reported. 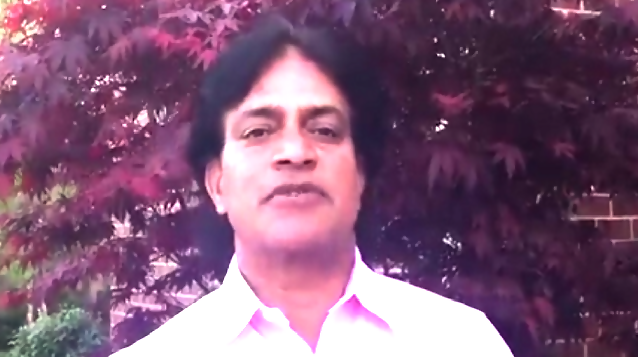 The first hate crime was the murder of Srinivas Kuchibhotla, who was shot dead in February.

The 21-year-old man, who was arrested as a suspect in Reddy’s killing, was identified as Umar Rashid Dutt in jail booking records, according to TV station KAKE. The attack on Reddy, 57, began in his clinic and ended in a nearby lane as the fleeing doctor was chased down by the assailant, the police said.

Reddy, who introduced ‘absolute yoga’ in his treatment, was mourned by fellow doctors and the community, who held him in esteem. Police Lieutenant Todd Ojile said yesterday in a media briefing video posted on the Wichita Police website that the office manager of Reddy’s Holistic Psychiatric Services heard a disturbance in the doctor’s office on Wednesday evening around 7 pm and saw the assault taking place when he went in.

The manager tried to stop the attack allowing Reddy to flee, but he was chased by the assailant and killed in the second assault in an alley behind the clinic, Ojile said. He said that Reddy had several stab wounds and was pronounced dead by the emergency medical team that responded.

The suspect was arrested near a country club a short time later when a security guard alerted police to a man covered with blood in a car, Ojile said. He was still in custody yesterday morning and Ojile said the case was likely to be given to the district prosecutor’s office this afternoon.

My brother has been living in USA since last 25 years. Our family is in shock right now: N Aravind Reddy, Achutha Reddy's brother pic.twitter.com/rfacjxCY4Y

Pending the filing of formal charges, police did not give out the arrested man’s name, which was found by the media in jail records. According to TV station KAKE, a Wichita State University spokesman said Dutt was a former student and was last enrolled in the spring of 2015.

Reddy graduated from Hyderabad’s Osmania Medical College in 1986, did an internship at St Louis University in 1994 and a residency at the Kansas University School of Medicine-Wichita in 1998, according to the Wichita Eagle newspaper. He practised in Wichita for more than two decades and opened his own practice in 2003, the newspaper said.

In YouTube videos, Reddy said that in addition to providing the psychiatric care he also treated chronic physical pain and expounded a system he called “Absolute Yoga”. He said that he had suffered chronic back pain for 10 years and that led him to conduct research and develop the system which emphasised having the “right mindset”.

We are saddened to report the loss of Dr. Achutha Reddy and offer our deepest sympathies to all those impacted. https://t.co/MkXtH4DTNS pic.twitter.com/NK0cglh9ix

Fellow doctors and members of the community said his death was a loss to society. The Wichita Eagle newspaper quoted Denis Knight, president of the Medical Society of Sedgwick County, as saying, “The Medical Society is heartbroken over the loss of Reddy.”