Union Home Minister Amit Shah appealed to the people to participate in 'Har Ghar Tiranga' campaign with great enthusiasm to tell the world that India has "risen from slumber". He said the country is swiftly moving forward under the leadership of Prime Minister Narendra Modi and is on course to become a "great" power. 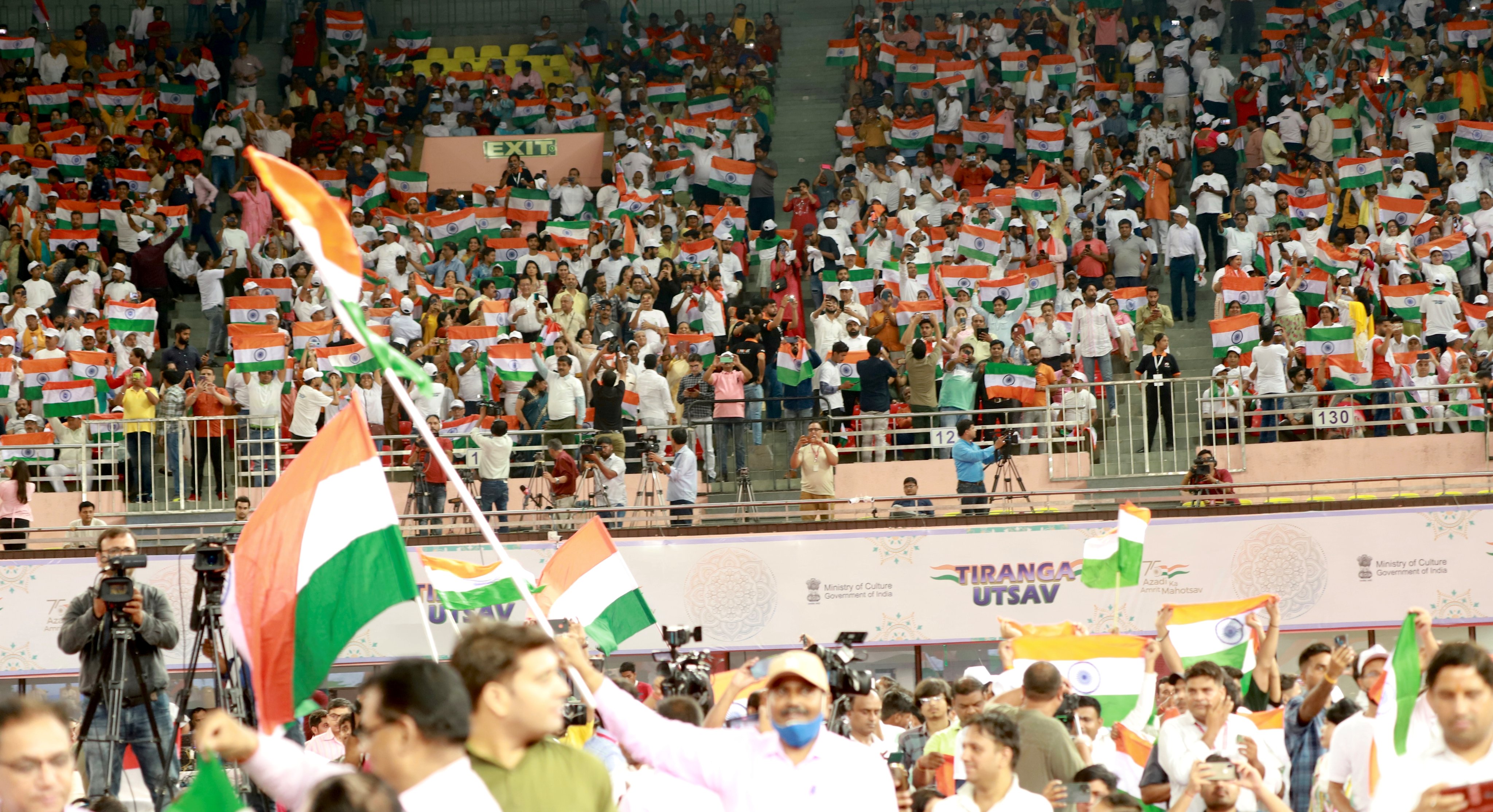 The mega event was hosted by the Ministry of Culture in the evening to celebrate the legacy of freedom fighter Pingali Venkayya. Photo courtesy: Twitter/@AmitShah

Addressing a gathering here during the 'Tiranga Utsav' event, held to mark the Azadi ka Amrit Mahotsav, he also asserted that a "Naya Bharat" was being built under Modi's leadership as per his vision since 2014.

"Since 2014, the stature of India has grown abroad, the respect for the Indian flag has grown globally since. On any problem that arises in the world, until PM Modi has made its statement, the world does not decide its thoughts on it," Amit Shah said.

The mega event was hosted by the Ministry of Culture in the evening to celebrate the legacy of freedom fighter Pingali Venkayya, who also designed the Indian flag.

Amit Shah appealed to the people, especially the youth, to change their display picture on social media platforms to tricolour from August 2 onwards as exhorted by PM Modi, and take selfies with the national flag during the 'Har Ghar Tiranga' campaign from August 13-15, and upload it on its portal. By doing so, you would also be paying tribute to Venkayya who designed the flag for the country and the soldiers who have laid down their lives for India, Amit Shah told the huge gathering at Indira Gandhi Stadium here.

"From August 13-15, flutter flags at your houses with great enthusiasm to tell the world that India has risen from slumber and swiftly moving forward and that it is on course to become great," the home minister said.

Amit Shah also said that "some people" were making comments about the tricolour event, but he will ignore them.

"I am not here to make any political comments as Tiranga is our 'aan, baan aur shaan,'" he said.

Culture Minister G Kishan Reddy in his speech said this celebration from August 13-15 will not be a "sarkari festival," but a "nation's festival." The 'Har Ghar Tiranga' anthem video features, many noted personalities such as actor Amitabh Bachchan, sports legend Kapil Dev, cricketer Virat Kohli, and playback singer Asha Bhonsle.