Amini was not killed, but she died: Iranian minister

Blaming the Western world for creating an atmosphere of unrest in Iran based on a fictitious narrative, Iran’s deputy foreign minister for political affairs Bagheri Kani today claimed that 22-year-old Mahsa Amini, whose death had triggered unprecedented protests in the Islamic Republic, had not been killed but had passed away. 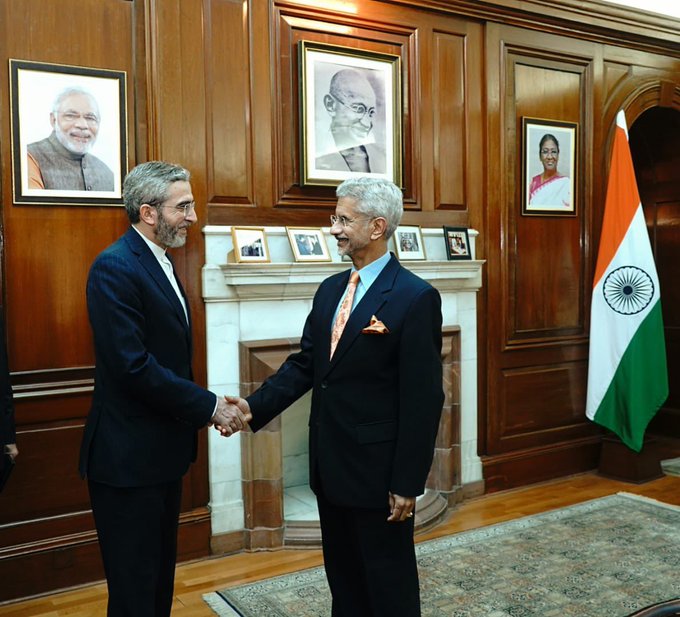 Kani, who is on a visit to India, also pointed a finger at the Western media and alleged that the Western world had been responsible for the killing of Iran’s daughters, who had died in large numbers during the violent protests which engulfed Iran following the death of the young Kurdish woman.

“Mahsa Amini was not killed, she passed away. We have seen the atmosphere that has been created by a section of the western media with regard to the developments in Iran. This atmosphere is baseless and fallacious. We are witnessing the rights of the Iranian nation being violated by these powers.” He also went on to add, “The western regime has been responsible for the killing of Iranian daughters.”

Significantly, the day on which the Iranian minister blamed the West for orchestrating protests in Iran marks the 70th day of the uprising in the Islamic country. Violent protests have rocked Iran in the aftermath of Mahsa Amini’s death who was arrested by the infamous “morality police” of the country for not wearing a hijab and was allegedly found guilty of violating the rigid dress code of Iran. She died three days later in custody after being in a comatose state for some time.

On his India visit, Bagheri Kani met External Affairs Minister S Jaishankar in New Delhi and discussed ways to enhance bilateral cooperation between the two countries and other regional issues.

The value of trade between India and Iran stood at 1.71 billion dollars between January and August this year. Previously, Iran had offered either free or discounted freight and delivered oil cargoes at its own risk before United States imposed sanctions and halted Tehran's crude supplies.