The flood-hit Amarnath Yatra, which was partially suspended after a cloudburst incident near the holy cave, resumed today morning from the Nunwan-Pahalgam side, the Shri Amarnath Ji Shrine Board said. A fresh batch of Amarnath pilgrims has started to move from the Jammu base camp. 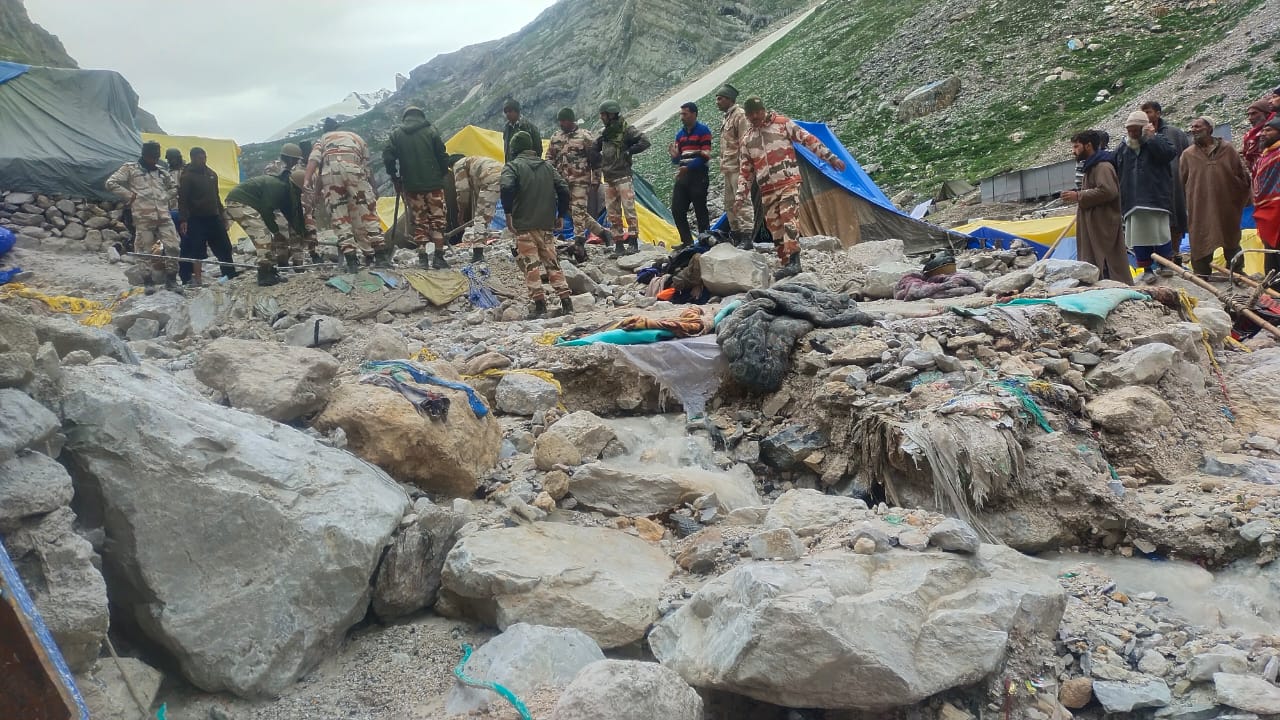 While pilgrims at the Baltal Base camp are still waiting for the yatra to recommence, choppers from both Baltal and Nunwan sides will be available. Photo courtesy: PIB

The death toll in the flash flood triggered by a cloudburst near the Amarnath cave shrine had reached 16, with 40 pilgrims still missing. 15,000 stranded pilgrims were shifted to the lower base camp of Panjtarni, officials said.

"We are filled with energy and will not go back without darshan of Baba. We have full faith in Baba Bhole and are waiting for the darshans of Baba. We are happy that the yatra has resumed. CRPF and other personnel have guided us to move ahead safely," the pilgrims told media outlets.

While pilgrims at the Baltal Base camp are still waiting for the yatra to recommence, choppers from both Baltal and Nunwan sides will be available.

"Most of the pilgrims, who were stranded near the holy cave shrine area due to the flash flood that occurred Friday evening, have been shifted to Panjtarni. The evacuation continued till 3.38 am. No pilgrim is left on the track. About 15,000 people have been safely shifted till now," an Indo-Tibetan Border Police (ITBP) spokesperson said. 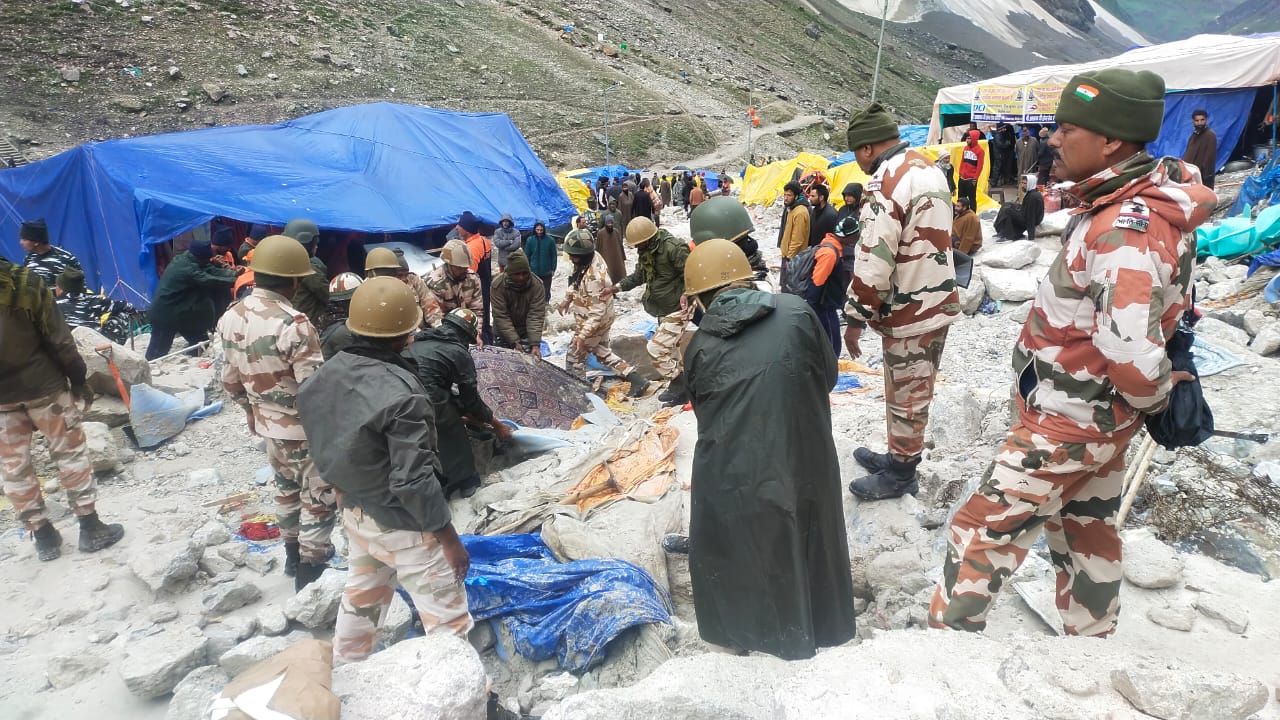 The Indian Army has also pulled up "critical rescue equipment" to speed up the rescue operations in the affected areas. Photo courtesy: PIB

A Border Security Force (BSF) spokesperson said doctors and medical staff of the paramilitary force treated nine patients who were critically injured in the floods. "They have been shifted to the lower-altitude Neelgrath base camp," he said. A team of BSF personnel has deployed at the Neelgrath helipad to assist the pilgrims coming from the cave shrine.

About 150 pilgrims stayed at the BSF camp set up in Panjtarni on Friday night and 15 patients were airlifted to Baltal on Saturday morning, he said.

The injured were being treated at the Nilkant camp in Sonamarg. An integrated command centre has been set up under the charge of the divisional commissioner of Kashmir while helpline numbers have been established in Anantnag in South Kashmir, Srinagar and in Delhi for families of pilgrims to know about the wellbeing of their kin.

Most of the pilgrims who were stranded near the holy cave area due to the flash flood were shifted to Panjtarni. ITBP had expanded its route opening and protection parties from the lower cave to Panjtarni. The evacuation continued till 3.38 am. No yatri is left on the track. About 15,000 people were safely shifted till now," said Vivek Pandey, Spokesperson of ITBP.

The 43-day Amarnath Yatra is being held after a gap of three years. In 2019, the pilgrimage was cancelled midway ahead of the Centre abrogating Article 370 provisions of the Constitution. The pilgrimage did not take place in 2020 and 2021 due to the COVID pandemic.