Captain Amarinder Singh, the former chief minister of Punjab, joined the BJP after merging his party - the Punjab Lok Congress (PLC) - with the saffron camp. 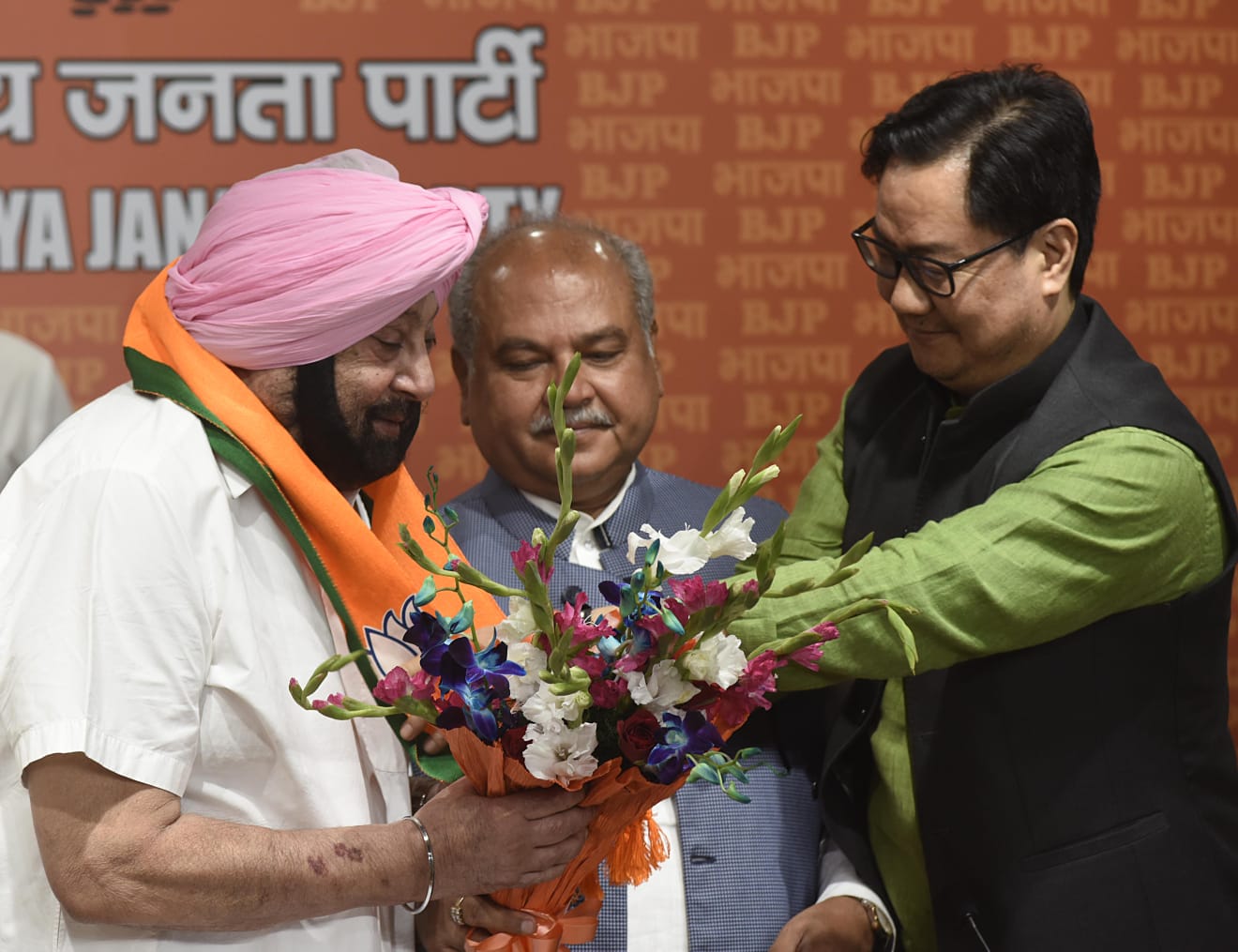 The former Congress leader, who quit the grand old party after his unceremonious exit as Punjab chief minister over differences with the top party leadership ahead of the state elections earlier this year, was inducted into the BJP by law minister Kiren Rijiju in the presence of agriculture minister Narendra Singh Tomar.

"Captain has always held the country over the party. I am very happy that today his Punjab Lok Congress has merged with the BJP. I welcome him and his followers to the party. We are all aware that Punjab is a border state. Security of border states is paramount since it is connected with the security of the nation. Hence, it is imperative to ensure there is security in Punjab," Tomar said, welcoming the heavyweight leader to the BJP.

"BJP is such a party which always places the country over the party. Captain followed this throughout his life. That is why he is sitting with us," he added. 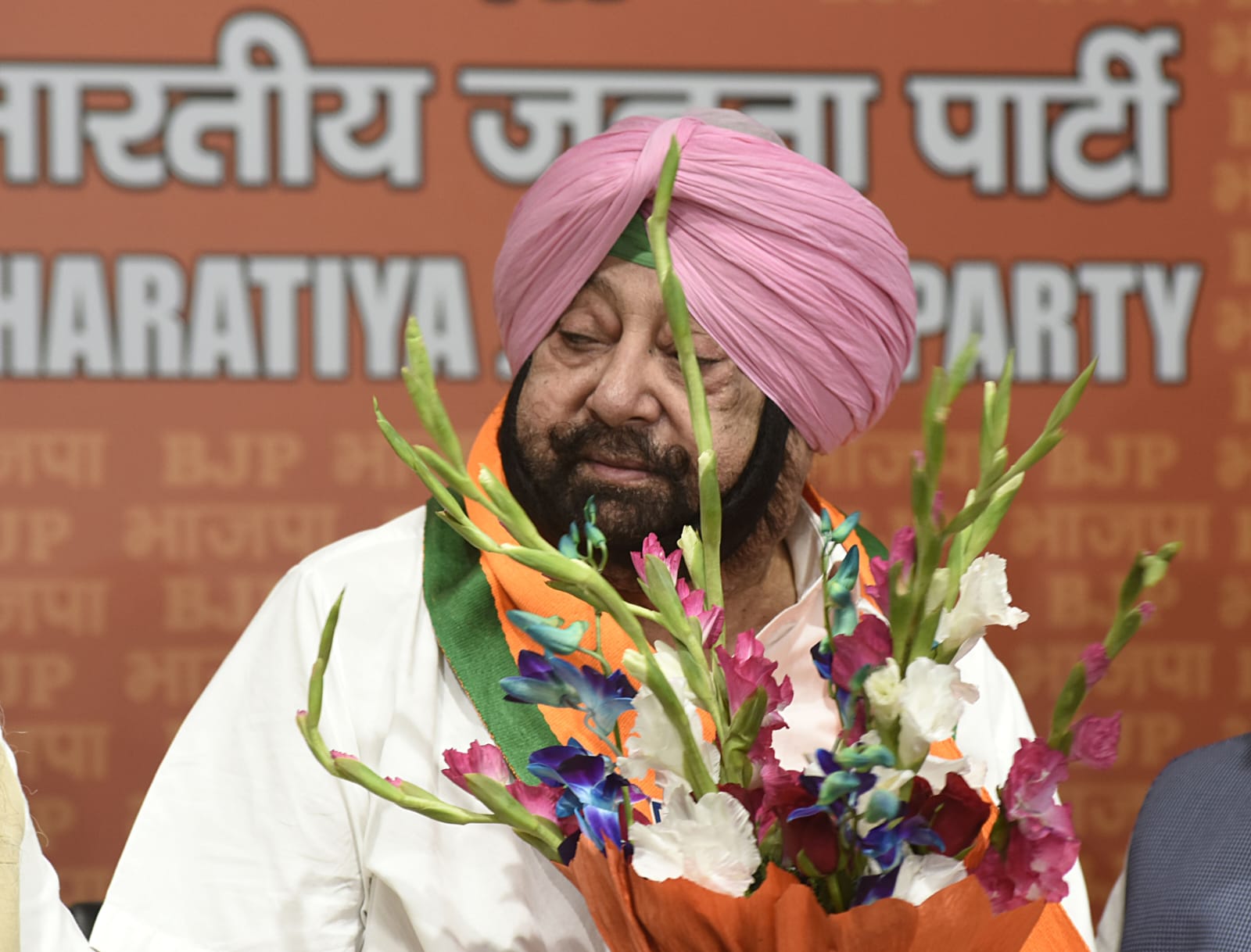 Following his meeting with Shah on September 12, Captain spoke about their very productive discussion on various issues related to national security, rising cases of narco-terrorism in Punjab and the future roadmap for the state's overall holistic development.

Singh had conveyed his intention to merge his party with the BJP before leaving for London, according to senior Punjab BJP leader Harjit Singh Grewal. The former chief minister would announce the merger upon his return from London, Grewal had said in July.

The Congress logged an abysmal defeat in the Punjab assembly elections held this February. The Aam Aadmi Party (AAP) swept 92 of the117 assembly seats, reducing the Congress to only 18 seats. Captain Singh's replacement Charanjit Singh Channi lost both the seats he contested.

The PLC contested the polls in alliance with the BJP and Sukhdev Singh Dhindsa-led Shiromani Akali Dal (Sanyuk). However, none of its candidates managed a win - the most shocking being Captain Amarinder Singh losing his home turf Patiala Urban to an AAP candidate by a margin of 19,873 votes.