“I want to encourage more organisations and individuals to make concerted efforts to donate a portion of their time or expertise to give back. Just a small pledge of two per cent of a skilled professional’s time for resource-limited communities could make an immense impact if thoughtfully applied,” said Dr Rupesh Agrawal, a Senior Consultant Ophthalmologist and Clinician Scientist at National Healthcare Group Eye Institute, Tan Tock Seng Hospital, Singapore. 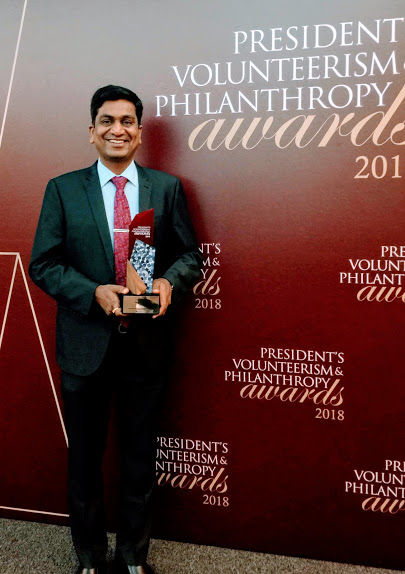 Dr Rupesh Agarwal passionately works outside office hours to help the underprivileged in the society and perform eye-operations for needy persons. Photo: Connected to India

The Indian-origin doctor was declared the winner in the ‘Individual: Adult’ category of the 2018 President’s Volunteerism & Philanthropy Awards (PVPA) for providing support to the less fortunate not only in Singapore but also in India, Myanmar, Bangladesh, Cambodia, Sri Lanka and Nepal.

President Halimah Yacob presented the PVPA to this year’s winners at an awards ceremony, honouring individuals, companies, ground-up movements, non-profit organisations and educational institutions that have achieved excellence in giving. 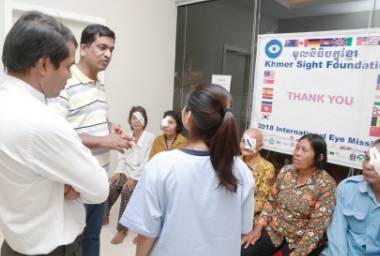 After completing his medical studies and initial exposure to ophthalmology in various states of India as a specialist on eye injuries and cataract, Dr Rupesh relocated to the United Kingdom for further studies, research and work. In 2009, he moved to Singapore where he has since been in practice and advancing his interest in basic science research in ophthalmology. He has demonstrated his proficiency in his clinical, teaching and research career and is now a citizen of Singapore along with his wife and 13-year-old daughter and is part of multiple initiatives to help the underprivileged with a team of like-minded professionals through Rotary club of Singapore or the non-profit organisation Viraj Healthcare Foundation established by him and his brother, Dr Rohit Agrawal in December 2016.

Dr Agrawal highlighted the enthusiasm and competence of the youth in Singapore in getting involved in charitable activities, who he interacted with during his mentoring activities.

“We work with the students of NUS, LKC, Singhealth and all. What this kind of activity does not do is define a particular umbrella of operations. In our foundation, all the executives and volunteers are young medical students. They know the technology very well. All projects we did this year were spearheaded by students,” he told Connected to India. “I was just discussing recently that there is an exponential rise in the youth getting involved.” 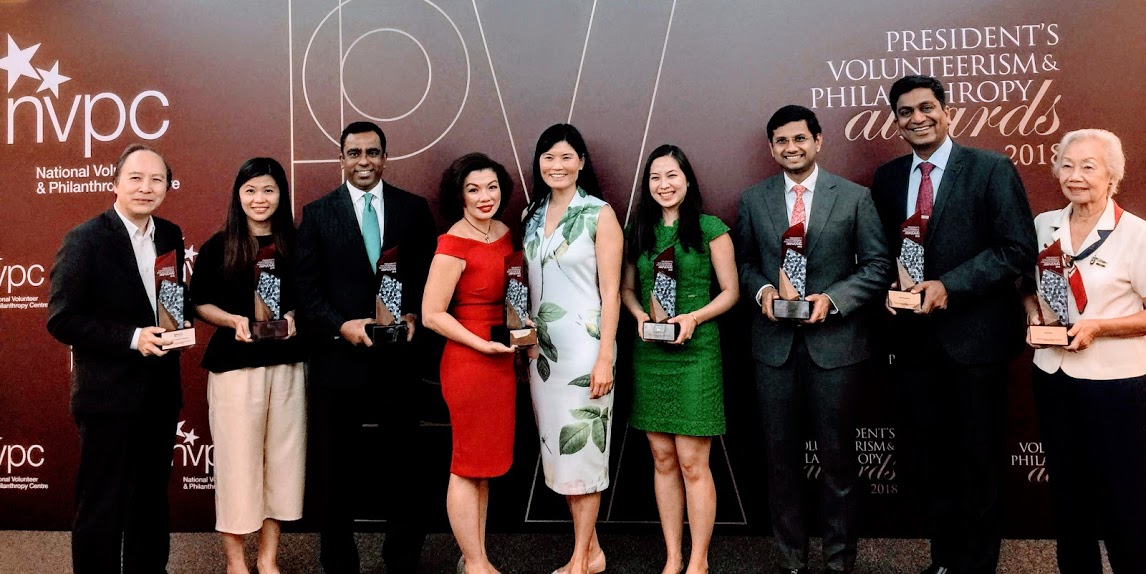 Dr Rupesh Agrawal, Senior Consultant Ophthalmologist and Clinician Scientist at Tan Tock Seng Hospital with the other winners of the PVPA awards 2018. Photo: Connected to India

projects in remote areas of the world. He has also introduced novel concepts to the science based on his innovative thinking and research studies and in the process mentored many students, helping to put Singapore and Tan Tock Seng Hospital on the forefront of global research.

One such study, the first of its kind, reportedly found that blood vessels in the eye exhibit different characteristics in patients suffering from severe dengue than they do in uninfected individuals.

They made the discovery by marrying cutting-edge photography with sophisticated computer analysis and deep knowledge of dengue.

"The eye is the only organ in the body where you can directly visualise the blood vessels," said Dr Rupesh. He noted that by observing the back of the eye, or retina, doctors could detect diseases such as diabetes and high blood pressure.

The study, published in the journal Scientific Reports, reported that the blood vessels in the retinas of dengue patients in Singapore are likely to be more crooked and of larger diameter than in healthy individuals.

For Dr Rupesh, giving back is something he embraced in his youth and continued to do once he moved to Singapore, and we are sure he has many more goals in his sights in the future.