The UK's new High Commissioner to India Alex Ellis yesterday said that preparing for UK Prime Minister Boris Johnson's upcoming visit to New Delhi and welcoming the country to the G7 and COP26 summits are among his immediate priorities. 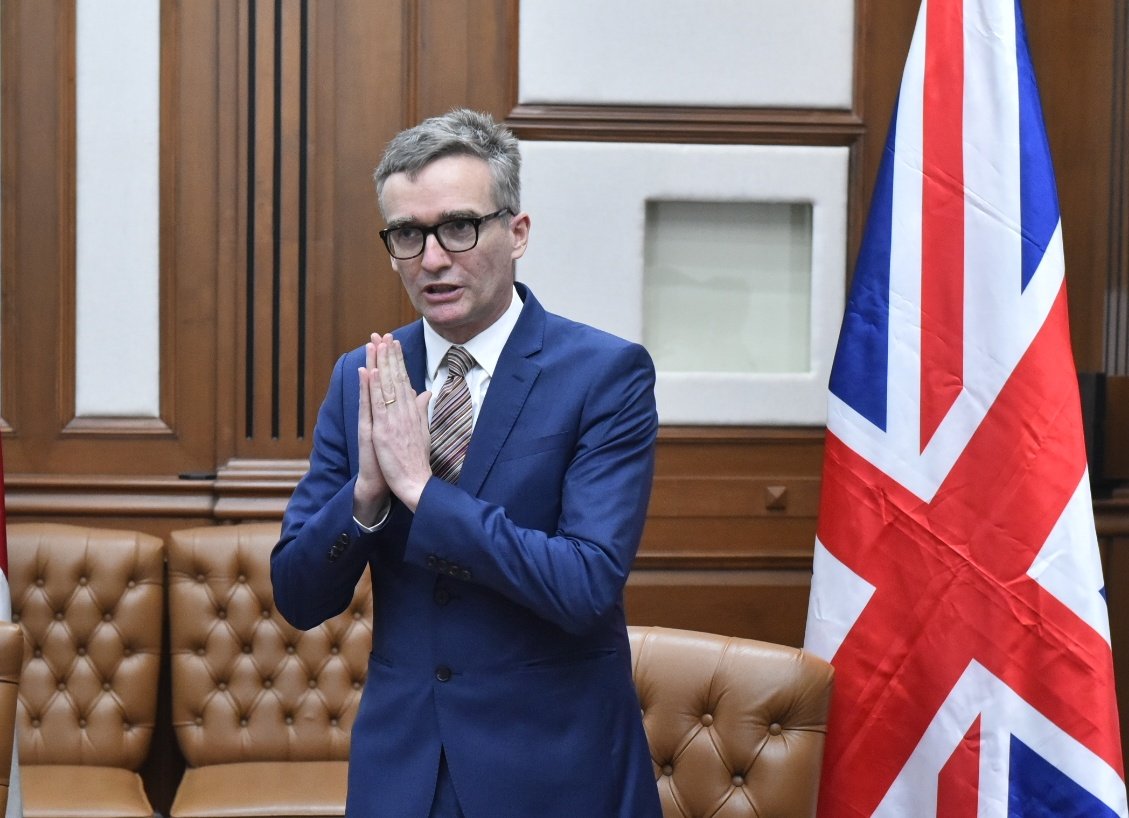 The 53-year-old civil servant expressed his delight at being back in India, some 35 years after he visited the country when he was a teacher. Ellis, a British strategic expert, presented his credentials to Indian President Ram Nath Kovind to take formal charge as the new UK High Commissioner to India.

In reference to the India-UK partnership, the new envoy said that the year 2021 would be a significant one, both bilaterally and on the global stage.

"My immediate priorities include preparing for the UK Prime Minister (Johnson's) upcoming visit to India and, I hope, welcoming India to the G7 and COP26 summits in the UK later this year," Ellis said.

The United Kingdom last month invited Prime Minister Narendra Modi to attend the G7 summit scheduled to be held in the country's Cornwall region in June. Johnson is likely to visit India ahead of the summit.

The G7 is made up of the UK, Canada, France, Germany, Italy, Japan, the United States and the European Union.

The 2020 United Nations Climate Change Conference (COP26), postponed from November 2020, due to the coronavirus pandemic, will take place in Glasgow between November 1 and 12, 2021.

High Commissioner Ellis, commenting on his priorities, said, "Long term, I will be looking to build a deeper, more forward-looking partnership with India that benefits both our peoples and the world, through creating jobs by increased trade and investment, furthering our excellent health cooperation, working to keep our countries safe, and tackling the global challenge of climate change together."

Ellis succeeds Sir Philip Barton, who moved back to the UK last year to take charge of the newly-expanded Foreign, Commonwealth and Development Office (FCDO) as its Permanent Under-Secretary.

Ellis previously served as Deputy National Security Adviser in the UK Cabinet Office for the government's Integrated Review on diplomacy, development and defence.

He has extensive experience in security issues and strategy, including as Director General responsible for the UK and European Union (EU) security partnership, international agreements with the UK's closest partners and domestic and EU engagement on Brexit in the erstwhile Department for Exiting the European Union.