Akshay Kumar is all set to take us into the tale of one of Indian soldiers’ most heroic last stands,  the Battle of Saragarhi.

He is going to unveil the trailer of his upcoming film tomorrow. Known for his great choice of film roles in the recent past, the actor will be seen in his upcoming movie Kesari which is slated to hit the screens on March 21.

'Kesari' is based on a real life historical battle that was fought on September 12 in 1897. The battle pitted 21 Sikh soldiers of the British Indian Army against 10,000 Afghan Orakzai tribesmen. The movie is directed by Anurag Singh and co-produced by Karan Johar.

Akshay Kumar will be playing the role of Halvildar Ishar Singh, who was the leader of the 36th Sikh Regiment detachment. The film also stars Parineeti Chopra in a pivotal role.

Anytime I watched a war movie, it was the love story of those brave men that kept me going..so proud to be a part of this epic experience!!! Thank you Akshay sir, Kjo & Anurag sir for allowing me to be a part of your vision. (1/2) pic.twitter.com/VTkzFwPA7c

The official theatrical poster of the film was released on February 11, 2019. 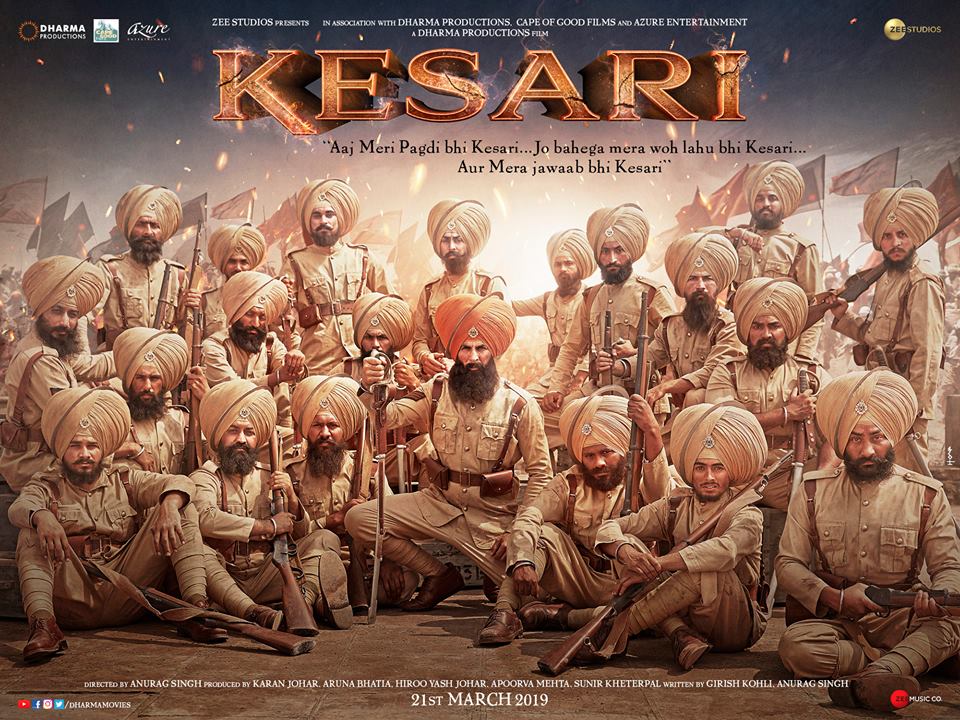 'Kesari' is based on a real life historical battle that was fought on September 12 in 1897. Photo: Zee Studios

Recently, the actor took to his social media account and shared a teaser. Sharing the video via his Twitter handle, Akshay Kumar captioned, "It’s an UNBELIEVABLE TRUE STORY. Presenting the first one from the #GlimpsesOfKesari. #KesariTrailer21Feb".

"The battle of Saragarhi is one of its kind. These 21 warriors epitomise the saying of their Guru Shri Gobind Singh "Sava lakh se Ek Ladakon tabhee Gobind Naam kahlaoon, " said Col Ajay Soni, who served for the Indian Army for 24 years. "Foreign land, Foreign leaders yet they collectively decided to take up the Last Stand against numerically superior Afghan horde of 10,000 plus," he added.