The makers of the movie made this late move after controversy arose over its erstwhile name ‘Laxmmi Bomb’ which was said to be 'hurting peoples' religious sentiments'. 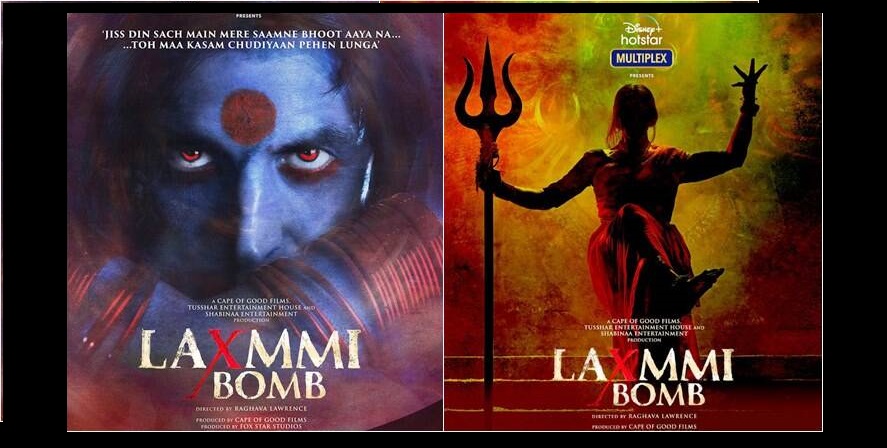 The makers of the movie made this late move after controversy arose over its erstwhile name ‘Laxmmi Bomb’ which was said to be 'hurting peoples' religious sentiments'. Poster Courtesy: Twitter

With that settled, the Bollywood superstar tweeted about the movie, which releases less than a week before Deepavali 2020, which falls on November 14 this year.

“Laxmii will be coming to every home” said Akshay referring to both Goddess Lakshmi who is said to arrive during Diwali, asking the audience to be ready with family on November 9.

One of his two big releases slated for 2020, Laxmii will release on OTT bypassing a theatrical release as many screens still remain closed due to the COVID-19 pandemic.

It is set to stream on the digital platform Disney+Hotstar which made its debut in Singapore on November 1.

‘’She is coming to rule over all your hearts, a new queen,” tweeted Fox Star Hindi. “Meet one of a kind family, the likes of which you would neither have seen nor heard”, it added when releasing the trailer.

One of the movie's song’s, Burj Khalifa, was released on October 18. It soon became a hit due to a smart challenge asking fans to choreograph their own moves to the song.

The song Burj Khalifa, like many of Akshay's Punjabi blended Hindi songs, was soon trending on social media and on number one spot in some ratings.

The horror-comedy is a remake of the 2011 Tamil film Kanchana and is directed by Raghava Lawrence, who is helming this one too.

Raghava Lawrence who has donned the hats of choreographer, actor, director and producer announced the release of the second song of the movie ‘’Bam Bholle” on Twitter.

Actor Akshay Kumar plays an intense character of a transgender in the movie.

"In my career of 30 years, this is my most mentally intense role. It has been that tough. I've never experienced something like this before. The credit goes to my director, Lawrence sir. He introduced me to a version of myself which I didn't know existed," Akshay had earlier shared.

Laxmmi is Akshay Kumar’s first digital release and also marks his return to the genre of horror comedy after 13 years, after director Priyadarshan's blockbuster hit Bhool Bhulaiyya which was released in 2007.

Watch the song Burj Khaliffa which has over 60 million views here.