An Air India special flight departed on Friday from Delhi for Wuhan in China for the evacuation of Indians.

Following the spread of the novel coronavirus (nCoV2019) epidemic to all the regions of China, New Delhi has been in consultation with the Chinese authorities about the evacuation of Indian nationals trapped in Wuhan city, the epicentre of the outbreak. 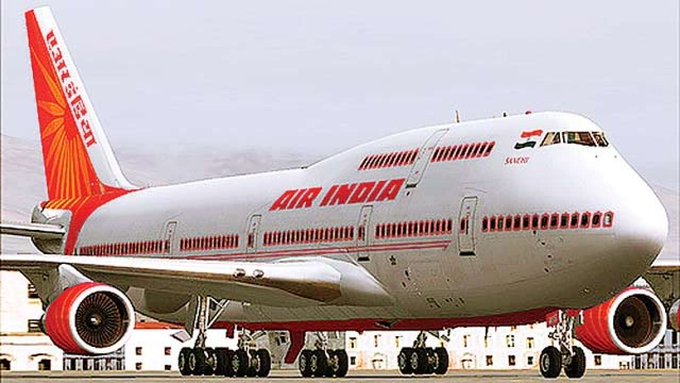 According to Air India CMD Ashwani Lohani, at least 400 Indians will be evacuated on Friday with the aircraft taking off at 1:20 pm IST and expected to return at 2.00 am tomorrow morning. As per reports, the aircraft will have five doctors from the Health Ministry and one paramedical staff onboard.

There will be no service inside the aircraft to prevent infections. Food will be placed in seat pockets to limit passenger-crew interaction. Masks will be provided to the passengers and crew, with the latter also getting protective gear. New Delhi has requested Beijing for permission to operate two flights to bring back Indians from the Hubei province capital.

The national carrier once again comes to the rescue - this time to evacuate Indians from Wuhan, the site of the outbreak of coronavirus. This mission begins today with a Jumbo 747 operating between Delhi and Wuhan.

"We have made a formal request to the government of China for bringing back Indian nationals from the Hubei province in two flights. We are awaiting the necessary approval from the Chinese side. We hope this will be granted soon," Ministry of External Affairs Spokesperson Raveesh Kumar had said at the weekly media briefing on Thursday.

The Indian embassy in Beijing said India was preparing to evacuate its citizens from Wuhan on Friday. The embassy is coordinating with Chinese authorities on the ground to work out necessary logistics and has started sharing evacuation 'consent forms' online with Indians stranded in Wuhan. The consent form makes it mandatory for the evacuated Indians to be quarantined for 14 days on arrival.

Evacuation will, however, start after preliminary medical check-ups. "We have established contact with over 600 Indians across the province and are individually ascertaining their willingness to be repatriated. Our Mission in Beijing is working round-the-clock on the ground to work out the necessary logistics," Kumar stated.

The death toll caused by the coronavirus in China has crossed 200. Chinese authorities also confirmed that the epidemic has spread to all the 31 provincial-level regions and the Xinjiang Production and Construction Corps as well. The outbreak has spread to at least 21 other countries, prompting the World Health Organisation (WHO) to declare a global health emergency. India also issued an advisory against travel to China.

"In view of the spurt of cases being reported from China and travel-related cases appearing in many countries, people are advised to refrain from travelling to China. All travellers from China were advised to monitor their health closely," the government said in its advisory.