LA Comedy Live, which has organised breakout shows of Rob Schneider and Russell Peters in the Lion City, is now bringing one of the most popular comedians in India, Rohan Joshi and his live show, LOL Stars FEAT Rohan Joshi, to Singapore on February 25, 2018 at the Stephen Riady Auditorium @ NTUC. 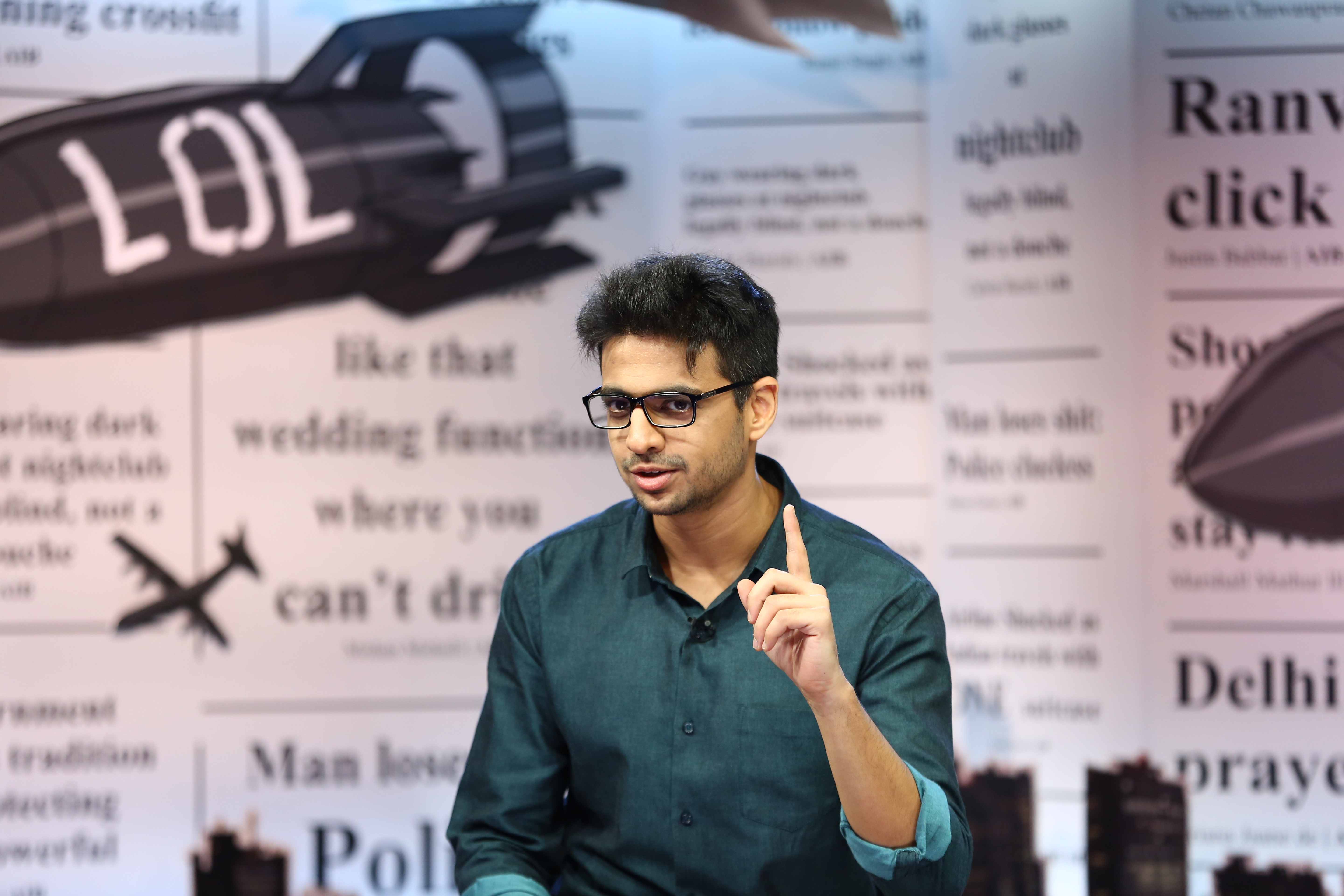 Rohan Joshi is an Indian stand-up comedian, writer, and TV presenter, born and raised in Mumbai. He is best known as the member of India’s most celebrated comedy group, All India Bakchod (AIB). AIB functions as a multi-platform comedy performance, producing a Podcast, YouTube channel and stand up performances. Their YouTube channel by the same name has over a million subscribers and they’ve collaborated with celebrities like Alia Bhat and Superwoman for their videos.

In 2011, Rohan performed at the prestigious Fringe Festival in Edinburgh. The same year, he also joined a selected group of Indian comics to perform at the Comedy Store, hosted in London. Through his blog and AIB, RoJo (as he is also called) uses his sharp wit laced with social commentary to highlight Indian idiosyncrasies.

LA Comedy Live has a track record of packed houses and sold out shows in Singapore. Russell Peters in 2012, became the fastest selling comedy show in Singapore selling 2 nights at the Singapore Indoor Stadium - only to return in 2013 by popular demand and sell out the Indoor Stadium again. 2013 saw Chris Tucker (Rush Hour) selling out Kallang Theatre and Michael McIntyre (The UK’s Best Kept Secret) sold out the Star Theatre and in 2014, John Cleese of Monty Python fame sold out two nights at The University Cultural Centre at NUS.

Catch one of India’s most popular comedians take a dig at everything ranging from Indian/international politics to pop culture, relationships and more. Tickets go on sale at 10am from tomorrow through the official ticketing agent SISTIC here, via the SISTIC Hotline (65) 6348-5555 and at all SISTIC Authorised Agents. 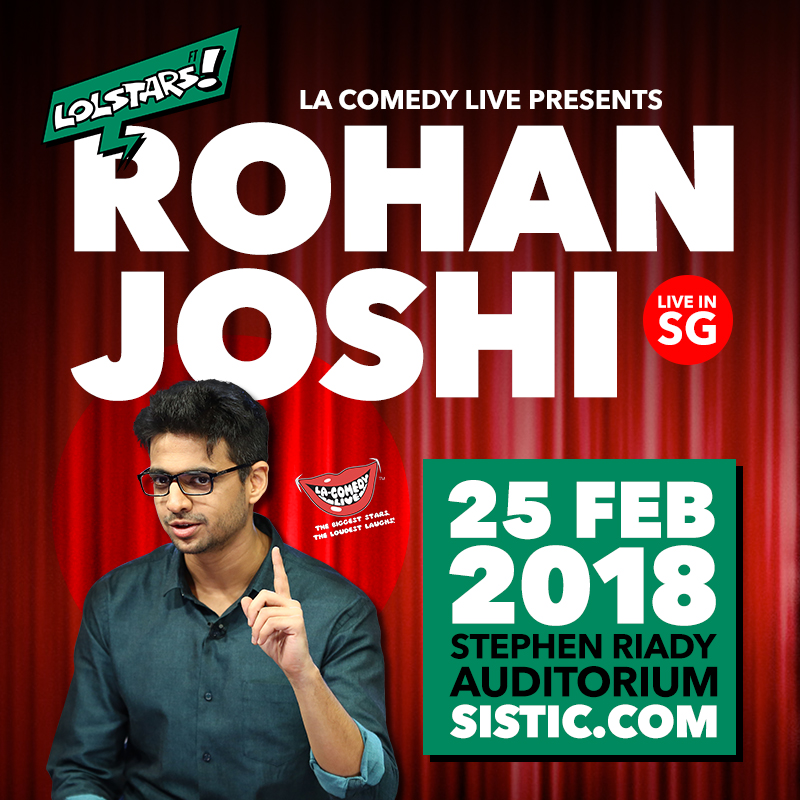