Following the shakeup in the British Royal family over the past few days Meghan, the Duchess of Sussex, has returned to Canada to be with her son Archie, stated media reports. 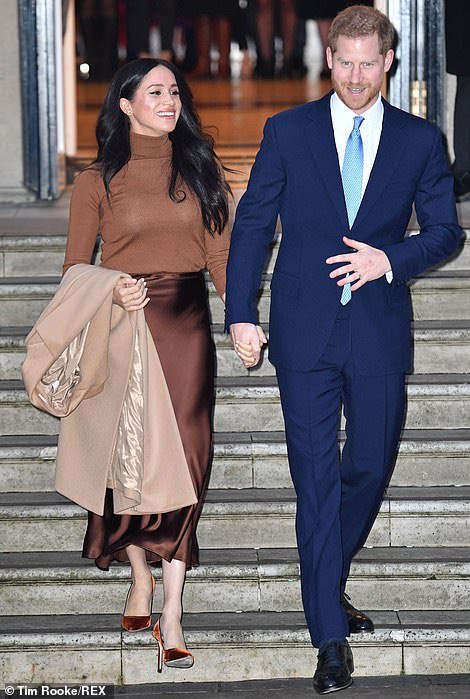 The Duke and Duchess of Sussex had celebrated Christmas last year in Canada with son Archie, breaking with the tradition of celebrating the festival with the royal family at their estate Sandringham House. Photo courtesy: Twitter/@PHarry_Meghan

The Queen, the Prince of Wales and the Duke of Cambridge have reportedly asked staff to find a workable solution after the couple in a shock statement on Wednesday announced they will step back as senior royals “and work to become financially independent".

The Duke and Duchess of Sussex had celebrated Christmas last year in Canada with son Archie, breaking with the tradition of celebrating the festival with the royal family at their estate Sandringham House.

Meanwhile, Madame Tussauds in London reacted to the announcement by moving the wax figures of the Duke and Duchess away from other members of the Royal Family at the exhibit.

"Alongside the rest of the world we are reacting to the surprising news that the Duke and Duchess of Sussex will be stepping back as senior royals," Steve Davies, general manager at the attraction, said.

In a tweet that had the hashtag #Megxit, the wax museum shared a photo of the new display of the royal family sans the Sussexes. Madame Tussauds said the two figures will go in a separate section.

“As two of our most popular and well-loved figures, they will, of course, remain an important feature at Madame Tussauds London as we watch to see what the next chapter holds for them,” Davies added.

We’ve got to respect their wishes 🤷‍♂️ #Megxit pic.twitter.com/mb936VcqRd

The move has since been criticised on social media.

Meghan's life as a royal has been a rocky one, with harsh treatment from the British media as well as racial abuse on social media platforms. Reports have also done the rounds of her being arrogant and demanding with some gossip magazines claiming that there was a rift between her and Kate, Duchess of Cambridge and the wife of Prince William.