After Japan, Singapore to invest in India's North Eastern region as Beijing stares

Brushing aside China's objections to foreign investments in India's North East region, Singapore has proposed to set up a Skill Centre to economically empower the local people of Assam, a North Eastern state. 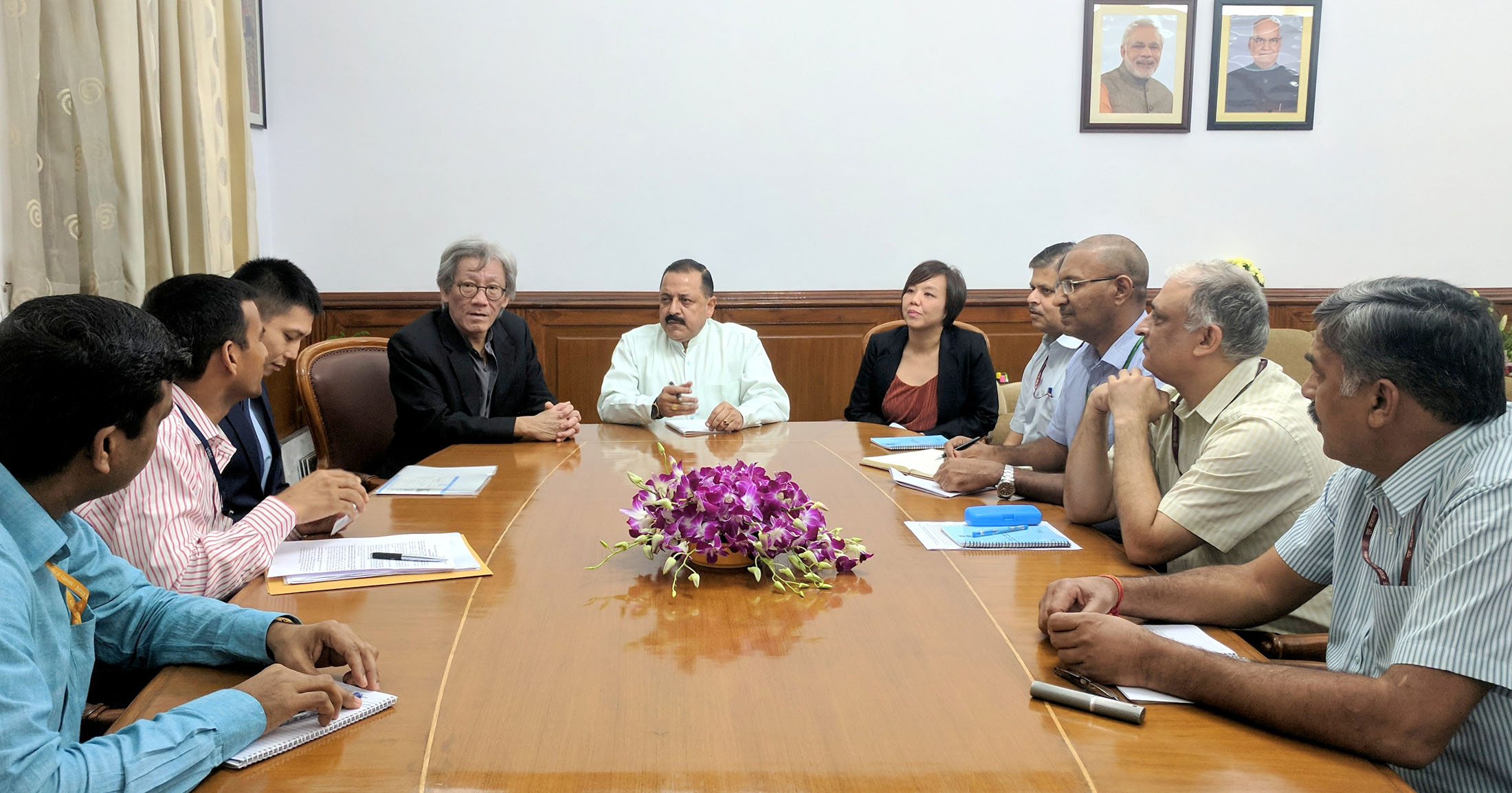 The High Commissioner of Singapore Lim Thuan Kuan led a high-level delegation earlier this week to meet with Indian Minister for Development of North Eastern Region (DoNER) Dr Jitendra Singh and expressed a keenness of invest and collaborate on government projects in the region.

Singapore's overtures come close on the heels of Japan which signed a pact with India last week to develop road network in the North East amid objections by China.

Beijing's protest comes after a showdown in Doklam. The region is on China's southern border which is largely undefined and China has often laid claim to the state of Arunachal Pradesh which it says is part of Tibet, annexed in 1950. 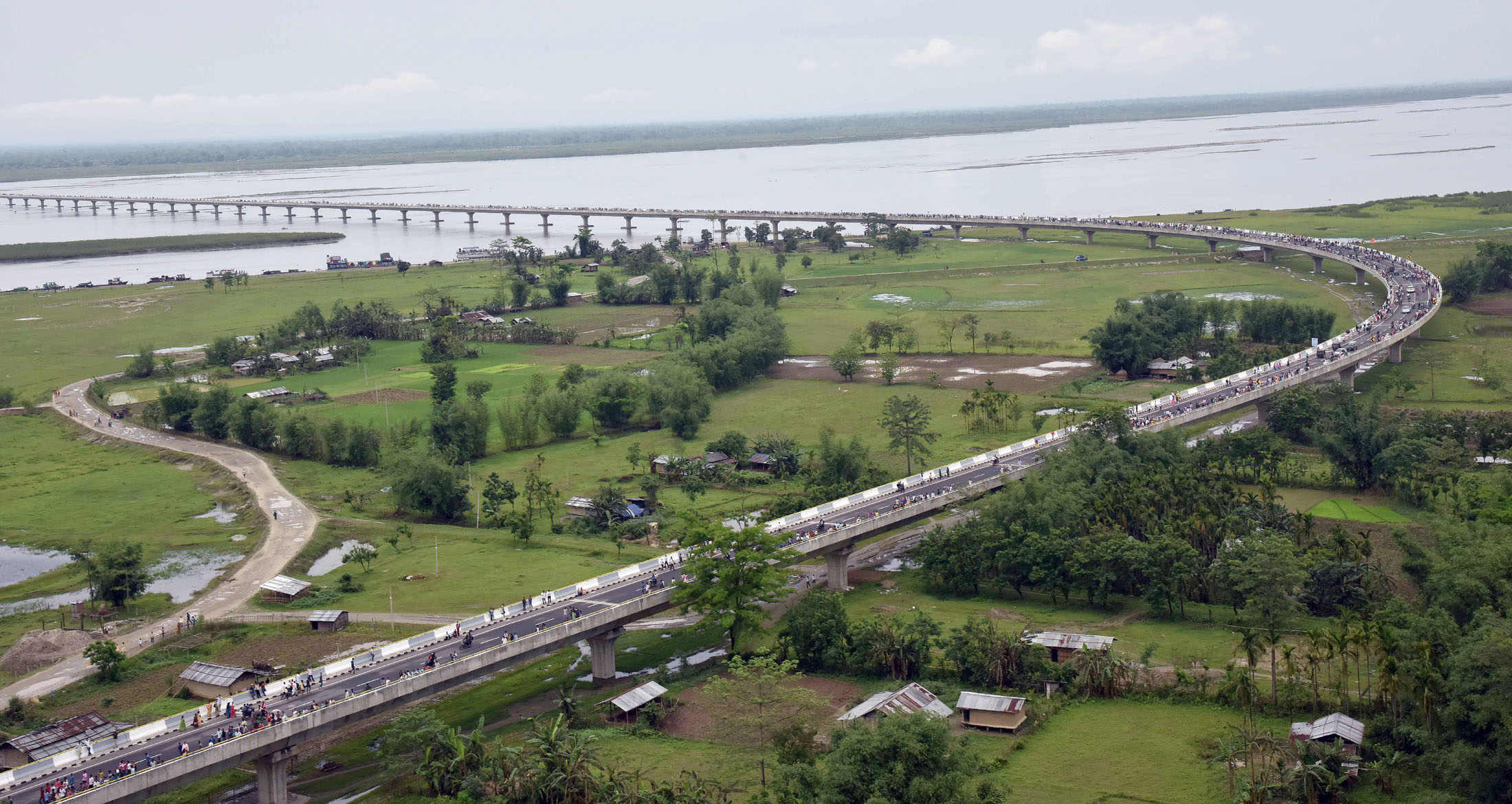 India is fast-tracking roads network projects in the Northeast. An aerial view of the Dhola-Sadiya bridge across River Brahmaputra, inaugurated by Prime Minister Narendra Modi, in Assam on May 26, 2017. The bridge cuts down military movement time to the border apart from its economic benefits for the region. Photo courtesy: PIB

According to the Ministry, the Government of Singapore will set up a Skill Centre at Guwahati which will cater to the entire Northeastern region. This was stated by Minister of Development of North Eastern Region (DoNER), Prime Minister's Office (PMO), Personnel, Public Grievances & Pensions, Atomic Energy and Space Dr Singh after a meeting with a high-level delegation represented by the High Commissioner of Singapore. The Indian side consisted of senior officers from the Ministry of DoNER, Department of Space and Ministry of Personnel, Public Grievances & Pensions, which are the three main areas where Singapore has expressed its keenness to collaborate with India.

As for the Skill Centre at Guwahati, it was stated that an MoU has already been formalised between Singapore and the State Government of Assam. As a follow-up, a Skill Centre is proposed to be set up at Guwahati by the year 2019 and the Ministry of DoNER will coordinate in this initiative.

The Singapore delegation also expressed its preference to engage with India in the area of Space Technology for collaboration in "peaceful uses of outer space". To this, Dr Singh said that the issue will be followed up in an appropriate manner.

The Singapore delegation also wanted to seek the experience and expertise of India's Ministry of Personnel, Public Grievances & Pensions to bring about value addition in public administration and governance in Singapore. Dr Singh said that there already exists an arrangement between Lal Bahadur Shastri National Academy of Administration (LBSNAA) Mussoorie with Singapore, wherein a certain number of passing out Civil Services, IAS officers, accompanied by two faculty members, regularly undertake a visit to Singapore.

Dr Singh said India and Singapore have always been favourably inclined towards each other and referred to the recent visit of the Deputy Prime Minister of Singapore when a stimulating lecture by him was organized under the auspices of the NITI Aayog.

The development comes less than a month after the showdown at Doklam in the North East where the Indian Army threw a spanner in China’s road-building activity and within a week of Japanese Prime Minister Shinzo Abe signing a road network project in the North East and expanding to Myanmar, Bangladesh and Thailand. China is pushing its One Belt One Road project in these countries and India has rejected its offer to join.