After India and UAE, ‘Street Lights’ comes to Singapore and North America

After a successful release in UAE and India, the film releases in North America and Singapore today 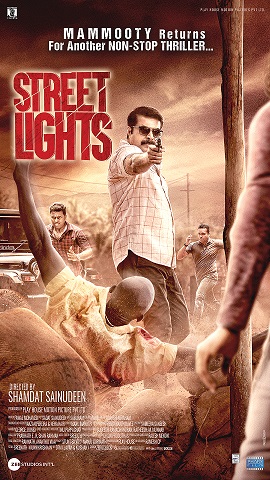 Simultaneously shot in Tamil and Malayalam, bilingual entertainment thriller Street Lights was released in India and UAE on January 26 and received remarkable responses. Distributed by Zee Studios International, the film is releasing in Singapore and North America today.

Produced by megastar Mammootty under his banner Playhouse Motion Pictures, the film is the directorial debut of Shamdat Saunudeen.

Street Lights is a series of incidents taking place over a period of time, stitched together in the end. The essence of the film lies in each character, cleverly tied to the protagonist.

“It is a common misconception that only Hindi-language films grab eyeballs. India produces approximately 2,000 films a year on an average, of which Hindi-language Bollywood accounts for about around 350. Indian language films have become a big business in many places across the United States and in Singapore. Change in movie-going trends among viewers of Indian-made films is what has made this shift,” said Vibha Chopra, Head - Zee Studios International (Film Marketing, Distribution and Acquisition).

“Street Lights has received an overwhelming response in UAE as well as India and we are very optimistic about bringing the film to varied audiences across the globe. With the film’s strong narrative and exceptional performances, we are expecting a great response from newer markets as well,” added Chopra.