Aerial activities will be barred in parts of Singapore over several days in the next three months, Todayonline reported on May 30, 2017.

These areas include places around the Marina Bay floating platform, stretching to Bukit Merah, Toa Payoh and East Coast Park, the Civil Aviation Authority of Singapore (CAAS) announced on May 29, 2017.

CAAS noted that low-level aircraft will be flying in these areas during rehearsals for preview shows and actual performances for the National Day Parade (NDP). The restrictions on aerial activities will extend from ground level to 600 feet above mean sea level. This is to ensure the safety of these aircraft — which will perform a flypast on Aug 9 — and of the public, CAAS said. 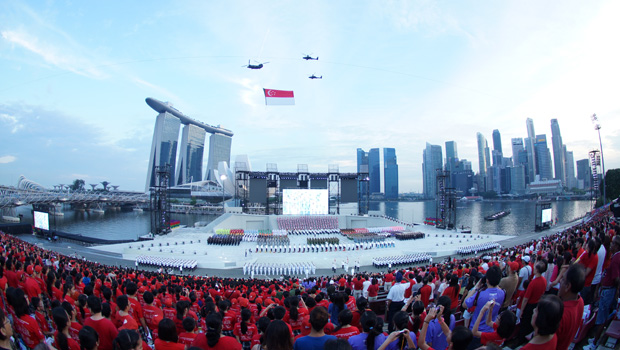 The activities that are prohibited include the flying of kites, hoisting of captive balloons and flying of unmanned aircraft, such as drones. These objects are not to be flown within or stray into the zone, unless authorised by the CAAS.

The dates for the restrictions are as follows:

Evening slots on four other days –  July 9, 23, and 30, as well as Aug 12 – have also been reserved. This is in the event of poor weather conditions on the allotted days. Personnel from the Singapore Armed Forces will be deployed to conduct enforcement on these dates.