A day after controversial activist Teesta Setalvad was detained in Mumbai and later shifted to Gujarat, the Ahmedabad crime branch yesterday arrested her in a fresh case of forgery, criminal conspiracy and insulting criminal proceedings to cause injury registered against her. 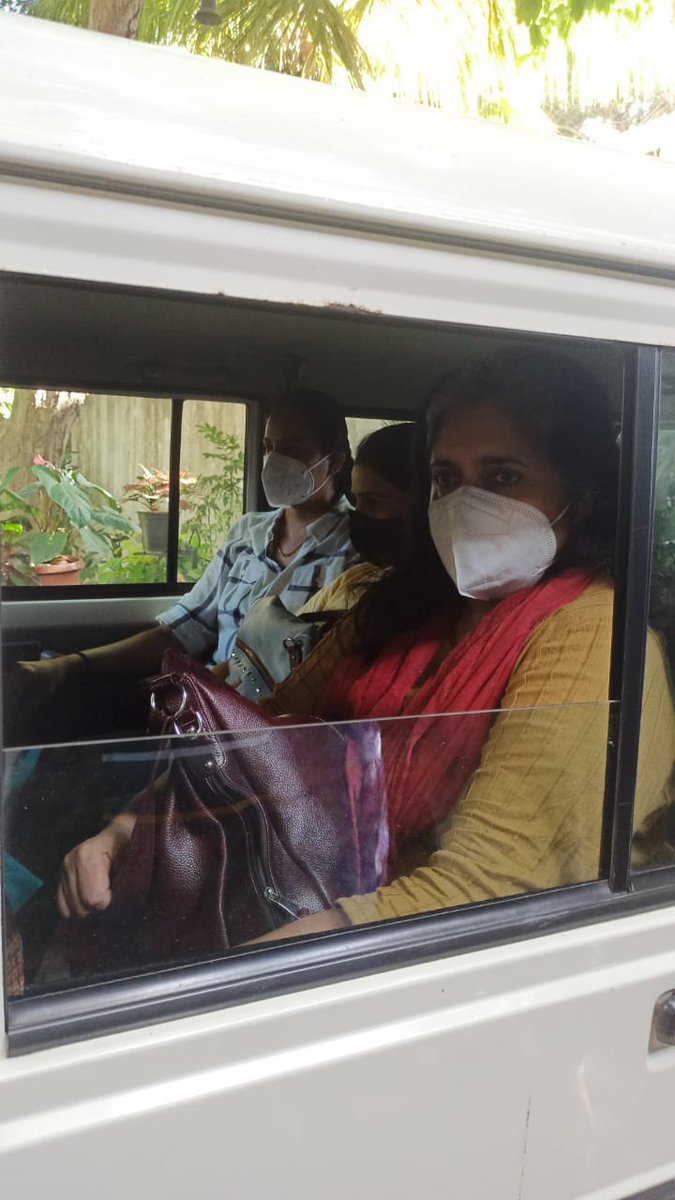 Setalvad was detained from her house in Juhu area of Mumbai on Saturday afternoon after an FIR was registered against her at the Ahmedabad crime branch based on a complaint lodged by a crime branch inspector DB Barad. Photo courtesy: Twitter/@PTI_News

A day earlier, the crime branch had arrested former Gujarat DGP RB Sreekumar and is in the process of getting a transfer warrant for ex-IPS officer Sanjiv Bhatt's custody in connection with the FIR lodged against them, said DCP (crime), Chaitanya Mandlik.

He said the crime branch will collect documents submitted by Setalvad, Sreekumar and Bhatt to the Commission of Inquiry, the Special Investigation Team (SIT), and courts regarding the 2002 communal riots cases as part of the investigation.

"The investigation is underway in this case and we are procuring documents that were submitted by the accused persons before the Commission of Inquiry, SIT (formed by the Supreme Court to investigate 2002 riots cases), and different courts...Affidavits and other documents are the main basis for the FIR, and we are trying to collect other documents as well," he told reporters.

Investigators believe that more people may be involved in the criminal conspiracy and the probe is conducted from this angle, Mandlik said, adding that neither of the two accused - Sreekumar and Setalvad - are cooperating in the investigation.

Setalvad was detained from her house in Juhu area of Mumbai on Saturday afternoon after an FIR was registered against her at the Ahmedabad crime branch based on a complaint lodged by a crime branch inspector DB Barad. She was brought to Ahmedabad via road by the Gujarat police squad.