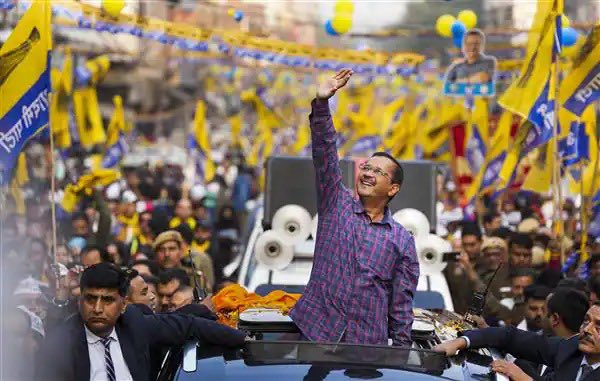 This was the first time the AAP has defeated the BJP directly in an election. Photo courtesy: Twitter/@MP_SanjeevArora

The Bharatiya Janata Party (BJP), which has gotten hold of 99 seats so far, has bucked the trend predicted by exit polls. No exit poll showed the party getting more than 91 seats. The Congress has managed to stake a claim over seven seats. Interestingly, three of these wards were won by the AAP in 2017 and one by the BJP. Independent candidate Shakeela Begum has won the Seelampur seat, while Meena Devi and Gajender Singh Daral have won the Isapur and Mundka seats, respectively.

This was the first election after the MCD was reunified earlier this year. The polls, which took place on December 4, saw a voter turnout of only 50.48% — just over 73 lakh people from the total of 1.45 crore eligible voters.