March 19, 2022 marked a momentous milestone on 11-year-old author Shriya Sharma’s path to making a difference in the world via her children’s novel, ‘Unicorn Adventures: The Dark Forest'.

Over the course of several months, the young author, along with the National Library Board of Singapore, had been in the works of developing a workshop/speaking seminar where children and adults alike could pick up writing tips straight from Shriya herself, as she took the next step towards public speaking and presenting her novel to a live audience. 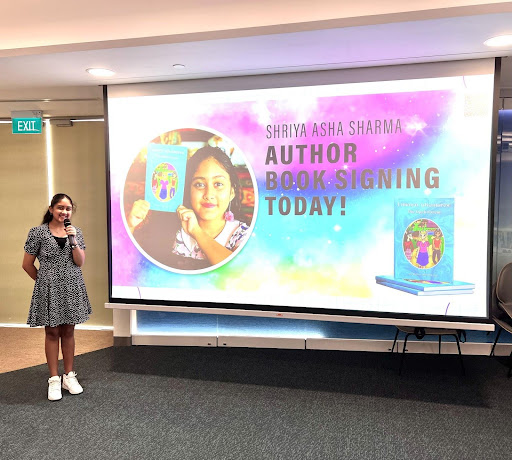 Shriya’s book started off as a creative project in 2019, while she still lived in China. Stemming from her love of reading, and creative inspiration from notable children’s authors like Marci Peschke (author of the Kylie Jean book series), Shriya wanted to create an immersive world, where children could be entertained and learn at the same time.

Essentially, as a member of the very target audience that author’s like Peschke’s books were written for, she knew exactly what she’d like to see in a novel, and was inspired to write ‘something she’d enjoy reading’. Surrounded by dozens of interesting characters in her friends and family, she identified key traits in the people in her life and used them to shape her protagonists to make them more relatable. Fast forward to March 2020.

COVID-19 has taken the world by storm, and millions of children have no access to education because of the closure of schools. The young author was even further motivated to get her book published, with the higher purpose of donating the proceeds to help the underprivileged children who were suffering from the impacts of the virus, and that is exactly what she did. 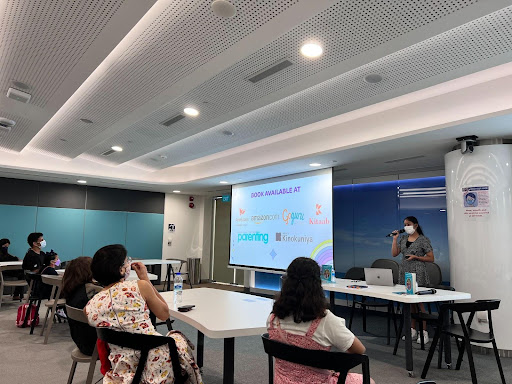 Shriya wanted to create an immersive world, where children could be entertained and learn at the same time. Photo courtesy: Push Sharma

The seminar began at 11:30 am at the VivoCity library. A large group of enthusiastic people were piling into the room as Shriya prepared to present, and excitement was buzzing all around. After some small talk amongst the audience members, the presentation began.

A series of well-crafted, and rather aesthetically pleasing slides showcased the author’s writing process, and how she drew inspiration from the people in her life to create each of her characters. She very humbly shared the obstacles and struggles she faced on her writing journey as well, stating that “every author goes through writer’s block,” and reassuring her audience members that no writer is perfect - It’s normal to struggle from time to time! To further reinforce that message, she provided some personal tips and anecdotes about how to overcome the obstacles on one’s writing journey. 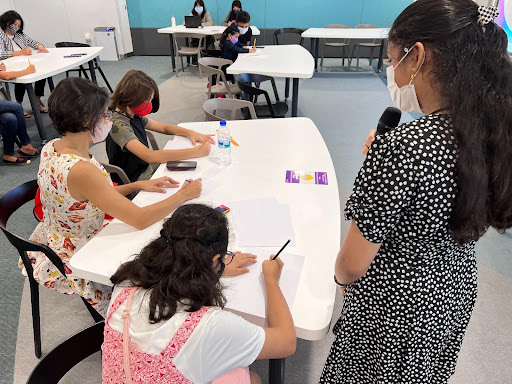 One tip that really resonated with me and the rest of the audience was to talk to someone who understands your book and can help you structure your ideas. Essentially, when writing, it’s important to have a proofreader you can “bounce ideas off of'' to see what works.

To further drive engagement with her audience, Shriya also gave the audience a chance to experiment and put their creative hats on, and create their own unique unicorn character. 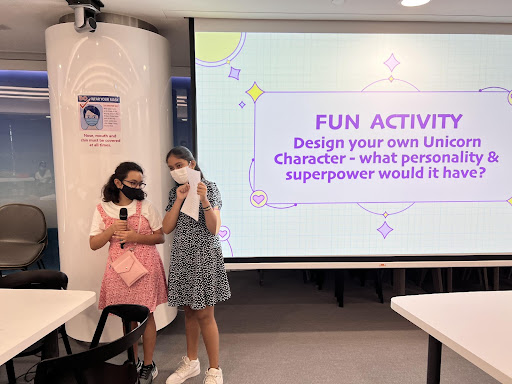 A guest presenting her idea during the interactive events. Photo courtesy: Push Sharma

Shriya then invited the audience members to present their ideas, thereby giving everyone a chance to be a part of the show.

Throughout the seminar, Shriya presented evocatively and effectively, captivating the audience with a degree of confidence that utterly belied her young age.

She was able to not only hold the attention of the entire audience throughout the presentation, but also inspire them & educate them on the nuances of an effective authorial process. 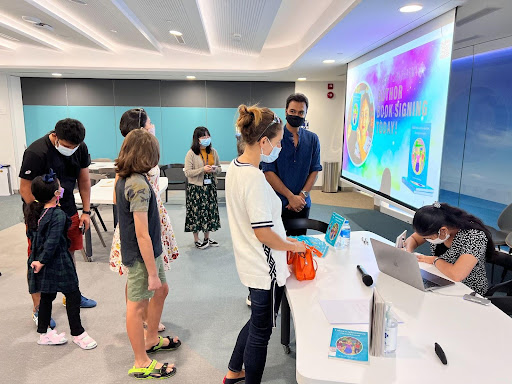 Shriya’s presentation, and her writing journey towards becoming a young published author elicited a strong message, ie - the importance of young authors from a societal perspective.

In general, people have self-limiting beliefs about who is eligible to write and publish books, due to fear of judgement and discriminatory ideas around the qualifications of a ‘good’ writer.

One of those discriminatory qualifications is: age. Just by taking a glance at any shelf in a library, the majority of the publications are from adult authors, the likes of which greatly outnumber younger authors. 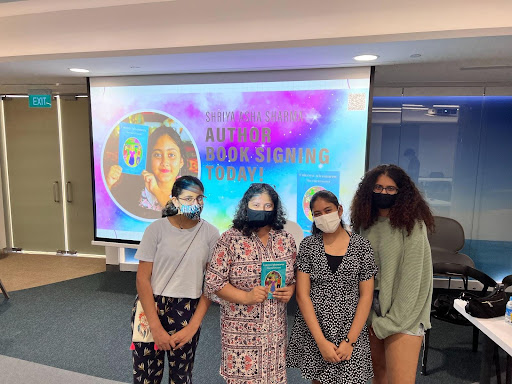 Shriya (2nd from right) with some of the audience members after the event. Photo courtesy: Push Sharma

With this in mind, children are sometimes discouraged from putting their efforts towards publishing a book, as they believe that writing is an age-restricted process. In addition, on a surface level, the authorial process and the publication process may seem a lot more complicated than they truly are.

Based on the content of the seminar, the steps towards writing a good book, as presented by Shriya, showed that the process itself is not as difficult as it may seem. 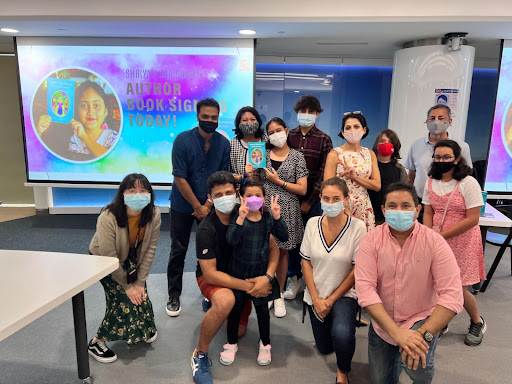 With the right people involved, and some time and dedication on the writer’s part, anyone can write a book. Shriya’s successes as an author served as a great inspiration to both the young and adult members of the audience, and further highlighted the idea that writing is a hobby for all ages.

Apart from formatting changes and captions, this article has not been edited by Connected to India. The views expressed are the author's own. 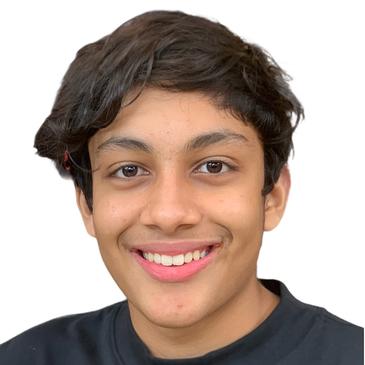 Siddh is an avid reader, and enjoys the genres of science fiction and history. He has had articles published in various magazines and newspapers in Singapore & China. Notably, he won the coveted reader’s choice award in the youth writing contest held by That’s PRD in China in 2019, where, at age 13, he was the youngest winner in his category of 13 - 18 year olds. Siddh is based in Singapore and has lived and studied in Hong Kong and Guangzhou (China). He is multilingual and can converse in English, Mandarin and Hindi. He loves traveling and enjoys playing the Piano and the guitar.