Deepavali 2020 is exactly a month away on 14 November and Zee Studios' new film, Suraj Pe Mangal Bhaari, is scheduled to release theatrically on 13 November 2020, coinciding with the festival of lights.

Starring Manoj Bajpayee, Diljit Dosanjh and Fatima Sana Shaikh in main roles, the movie is directed by Abhishek Sharma and its principal photography began on 6 January 2020.

The film is set in the 1990’s and is a love story heading towards a wedding. It is apt then that the makers announced the film's release date in a quirky poster that has the traditional Indian astrological chart in the background.

The film’s title too is a wordplay on cliched statements made by Indian astrologers especially when matching rashis (zodiac sign) and kundalis (horoscope)  for couples heading towards matrimony.

A comedy film to entertain the whole family with some genuine laughs, Suraj Pe Mangal Bhaari promises to be a perfect antidote to wrap up the rough year that was 2020.

Produced by  Shariq Patel and Subhash Chandra under the banners Zee Studios and Essel Vision Productions, it is Zee's maiden in-house production. 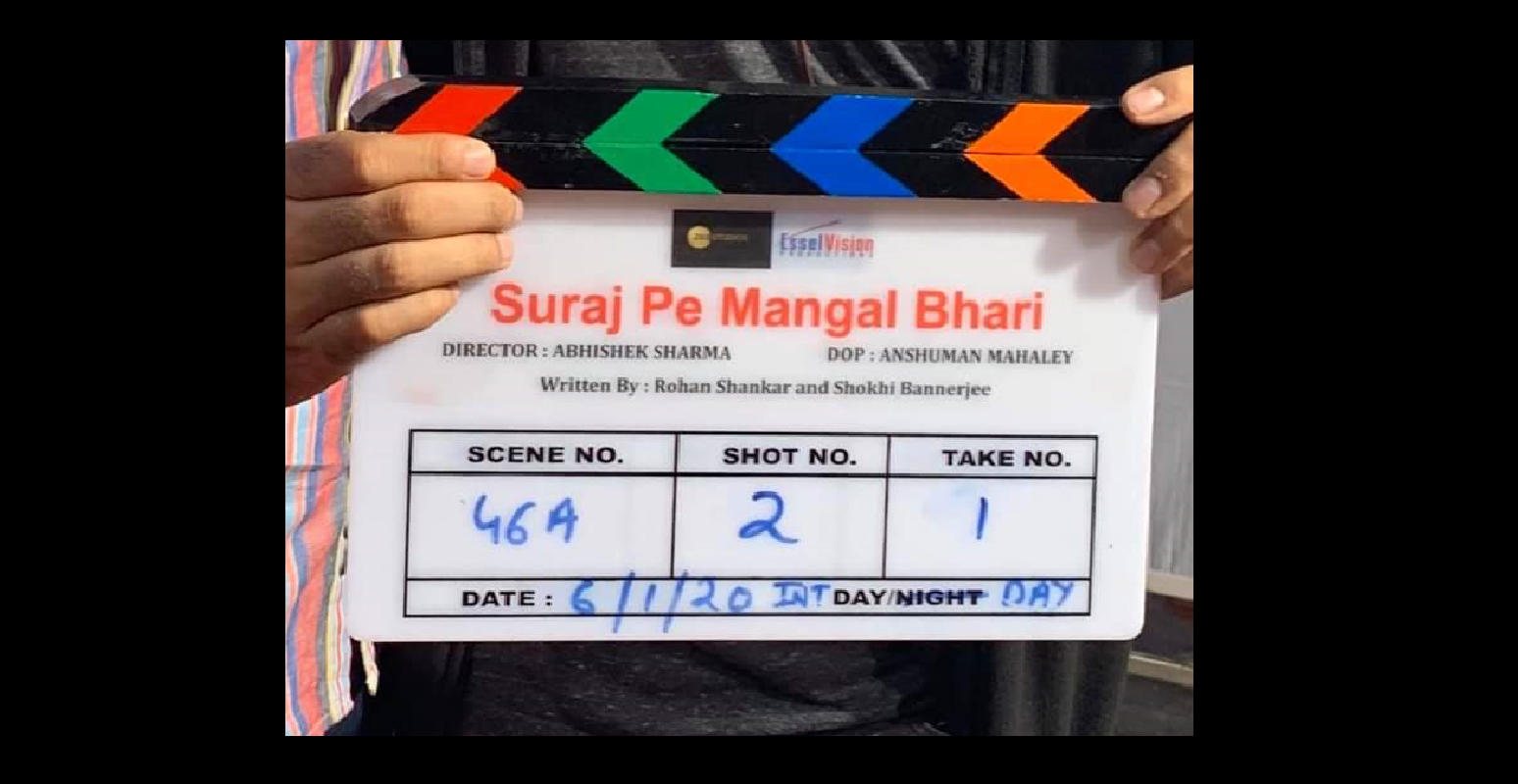 The unlikely comedy is about a wedding detective on the hunt, doing background checks on a prospective groom. This soon turns into a hilarious cat and mouse chase game between Mangal (Manoj)  and Suraj (Diljit).

A clean, satirical comedy that touches upon a widely prevailing social issue; with movies coming back to the theatres this promises to be a fun watch during the festive Diwali season.