A published writer at six: Saarth is a storied youngster…literally!

Six-year-old Saarth Khanna Sohum is already a published award-winning author. In fact, he holds the Guinness World Record for the youngest published writer of a bilingual story. Now, he has also been recognised by the India Book of Records as well as the Singapore Book of Records for his achievement after his story was translated into Mandarin as well. 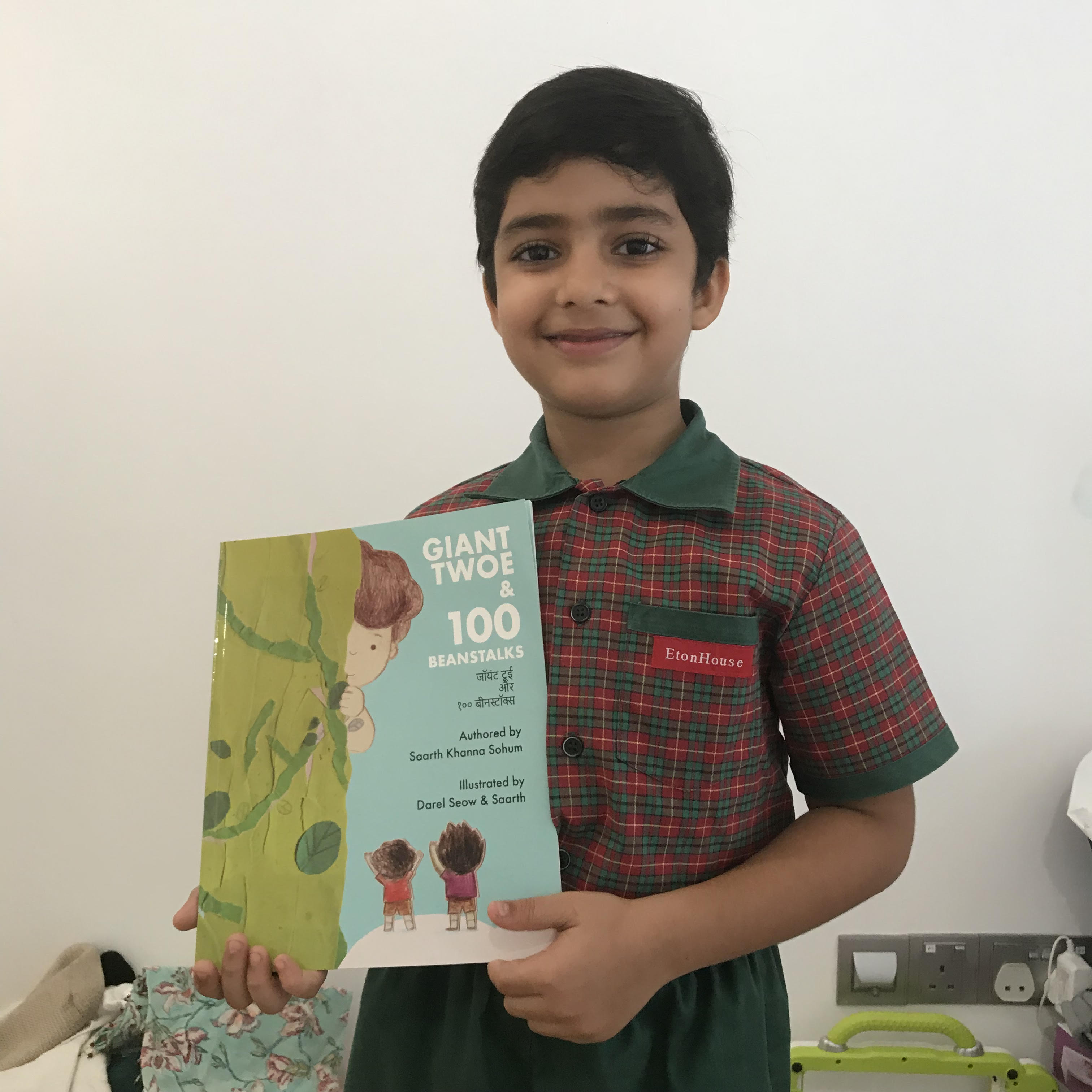 In his second year of kindergarten at EtonHouse International School, Sentosa, Saarth wrote Giant Twoe and 100 Beanstalks in English, before translating it into Hindi. He worked with Darel Seow, a well-known illustrator in Singapore, to bring his story to life over 10 workshop sessions. The book, printed by Sterling New Horizons and available on Amazon across the world, is being sold in Books Kinokuniya stores in Singapore and is available in the National libraries across the city. 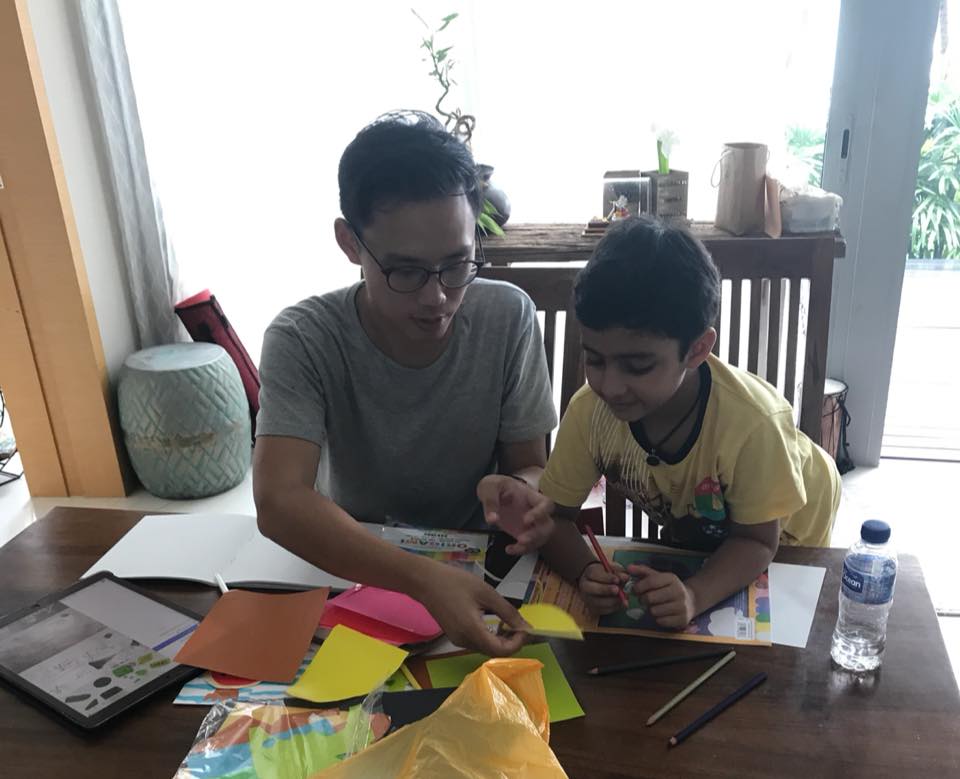 Saarth worked with Darel Seow (left), a well-known illustrator in Singapore, to bring his story to life. Photo courtesy: Facebook/@Giant2E

Inspired by the English fairy tale Jack And The Beanstalk, Saarth's story features giants, beanstalks and golden eggs. In his story, two friends, Yuppy and Kuppy, climb up a beanstalk to find a crying giant, Giant Twoe, and become his friends.

“I like drawing and writing. My favourite page is the one where the giant is coming down from the beanstalk because that's my character,” said Saarth. “I like being an author, but, I do not like being the youngest. I want to author a big book.” 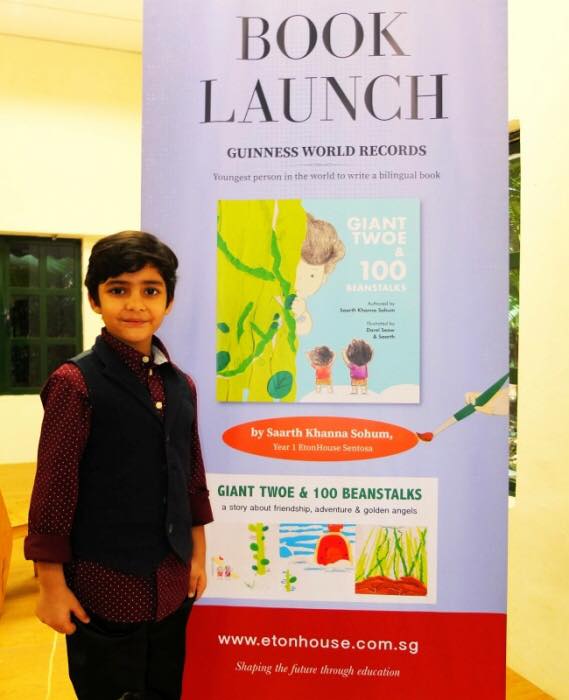 ​Anuj Khanna Sohum, Saarth’s father, said it all started when his wife, Mrs Gitanjali Sohum, a 38-year-old senior clinical psychologist, had chickenpox in July. Saarth came up with the story after being told to go to his room by his father and recited it for family and friends to refine the plot afterwards.

“We are proud of the way Saarth could naturally collaborate with people in different roles throughout the creative process - the co-illustrator, the music score writer, his music coach and Tabla teacher as well as the discussions with Kinokuniya,” said his parents. They were also happy that Saarth was so engaged in the project and said that everyone had fun performing an adaption of the story on stage at the book launch. 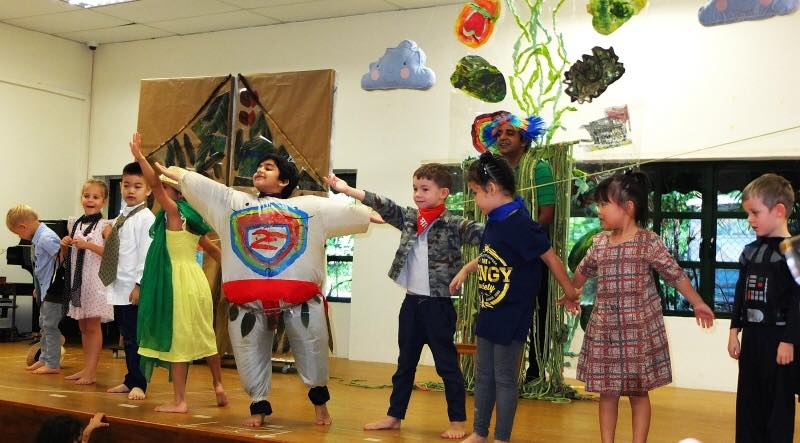 Saarth, his schoolmates and parents performed a stage adaptation of the book at the launch. Photo courtesy: Facebook/@Giant2E

Saarth’s parents had written to Guinness World Records at the suggestion of Nawaz Mirajkar, Saarth's tabla teacher who holds a record of playing the instrument non-stop for 27 hours and 45 minutes in 2001. The recognition, and the multiple awards since, are hopefully the first of many for the young scribe.