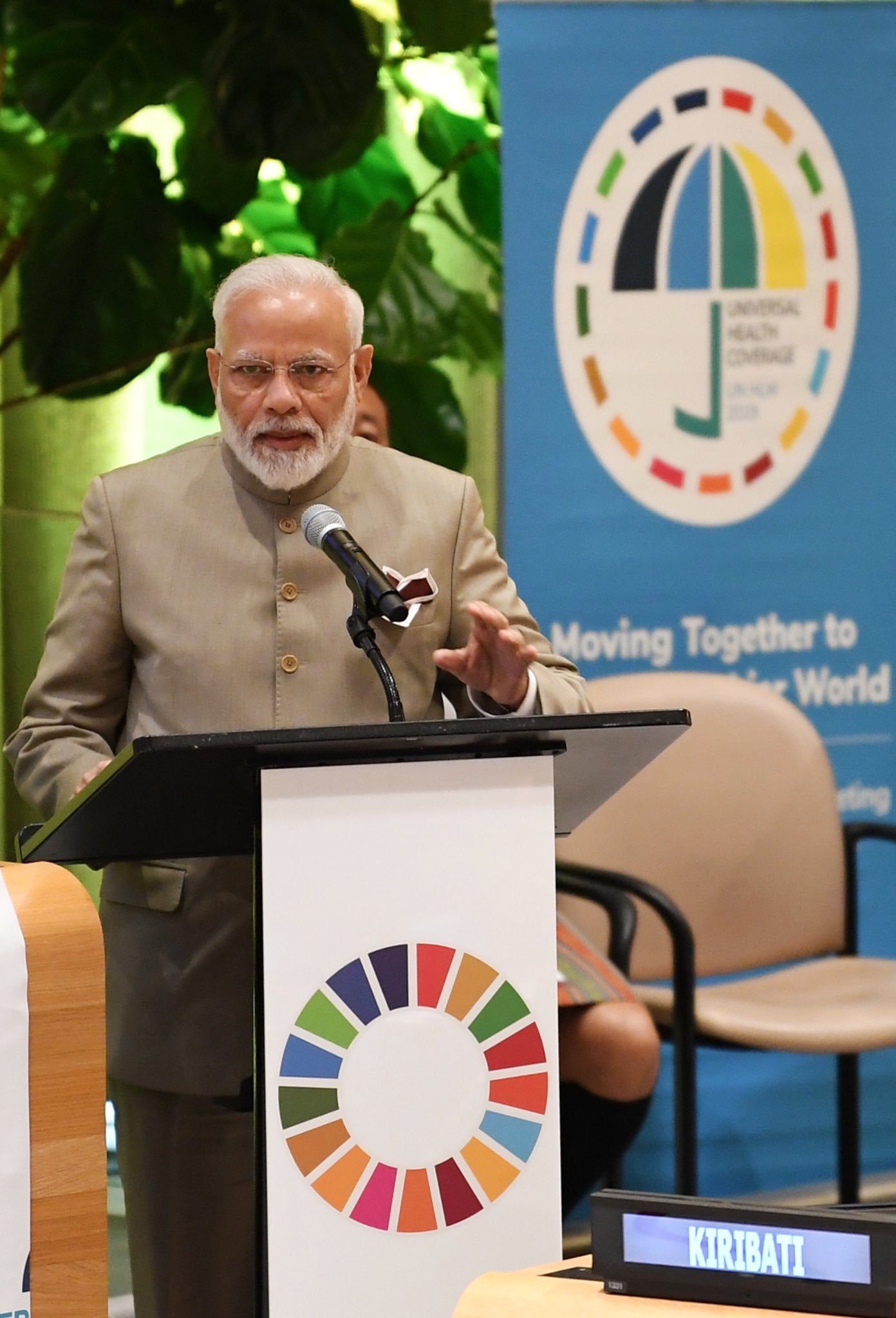 A healthy life is the right of every person, Indian Prime Minister Narendra Modi told the first-ever high-level meeting on Universal Health Coverage in New York on Monday. India’s experience and capabilities in providing affordable healthcare is available for use to all developing countries, he added.

Addressing the meeting, Prime Minister Modi said, “Health does not simply mean freedom from diseases. A healthy life is everyone persons’ right...The onus for this is on our government to make every possible effort to ensure this.”

Modi said India’s efforts on affordable healthcare are not limited to just its own boundaries. “We have helped to provide access to affordable healthcare by way of telemedicine to several other countries especially African countries and we will continue to do so. Our experience and our capabilities are available for use to all developing countries,” he said.

My remarks on health sector and ensuring good quality healthcare to all. https://t.co/KVF24n9rum

Emphasising India’s holistic approach towards the health sector, Modi outlined the four main pillars of healthcare that India focuses on.

“The first pillar is preventive healthcare. We have laid special emphasis on yoga, ayurveda and fitness,” he said, adding that India is building more than 125,000 wellness centres and this focus has helped in controlling lifestyle diseases such as diabetes, blood pressure and depression.

Expressing concern over the harmful effects of e-cigarettes, Modi said the “craze for e-cigarettes is a matter of concern for us” because of which India has banned it to “save the youth from this very severe problem”.

He also spoke about the Clean India Campaign, which has contributed towards saving many lives as well as the government’s special attention to immunization, which has included the introduction of new vaccines along with increased access to vaccination in far flung areas.

The second pillar of India’s universal health initiative is affordable healthcare. The prime minister spoke about the government’s Ayushman Bharat scheme under which 500 million poor people have been provided free treatment worth up to INR 500,000 every year with 4.5 million people having availed of this facility last year.

Modi also told the high-level meet that India has opened more than 5000 special pharmacies where more than 800 varieties of vital medicines are available at affordable prices.

“The cost of stents for heart patients has been slashed by 80 per cent and the cost of knee implants has been cut down by 50 to 70 per cent. Hundreds of thousands of kidney patients in India are also taking advantage of the free dialysis services provided by the government,” he said.

The third pillar, he said, is improvements in supply with the government having taken “historic steps” for quality medical education and medical infrastructure development.

Time for a global call #HealthForAll

Lastly, Modi highlighted the fourth pillar of “mission mode intervention”, saying if mothers and children are healthy, it will lay the foundation for a healthy society.

“We have started the National Nutrition initiative in mission mode,” he said.

While the United Nations has set a deadline of 2030 in its Sustainable Development Goals to ending the tuberculosis (TB) epidemic, Modi said India’s target year to end TB is five years ahead of the UN deadline.

“We have set this target in mission mode in 2025. I’m fully confident that we will be able to achieve this target,” he said.