A child can succeed in Singapore despite challenging family circumstances: Shanmugam

Despite challenging family circumstances including single parenthood, it is possible to bring up a child to succeed in Singapore, said Law and Home Affairs Minister K Shanmugam while answering a question at a dialogue session with residents on women issues.

Shanmugam, who is also the Member of Parliament for Nee Soon GRC, said, “Whoever your parents are, whatever your situation is, if you work hard, you can succeed, even (for children of) single parents, it depends on your determination.”

The Home Minister gave examples of three Cabinet Ministers in the current Government who faced problems in their lives but reached pinnacle of their success through arduous work. They are also being touted as front runners to succeed Prime Minister Lee Hsien Loong. 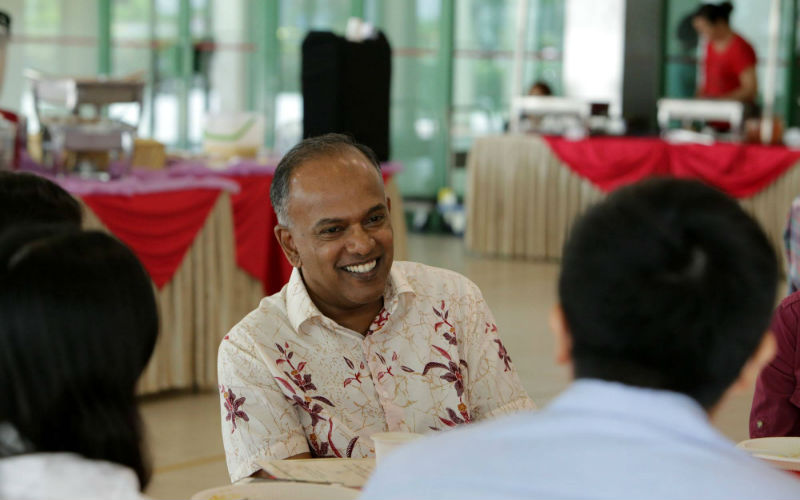 “Chan grew up in a single parent household, with his mother raising him and his elder sister up in a three-room flat, which they shared with his grandparents. He got into Raffles Institution, became a President's Scholar, and went on to be Chief of Army and now, a minister,” he added.

“Likewise, Heng and Ong grew up in modest flats but worked hard and clinched scholarships, before rising to become Cabinet ministers,” said Shanmugam.

On a question regarding what more can be done to help single mothers and their families, Shanmugam said, “The authorities can help in many ways, such as providing the children of single-parent families with proper meals, textbooks and after-school care.”

“But at the same time, they cannot take away an individual's responsibility towards improving the lives of themselves and their children,” he added.

“Single parents need to have the right attitude, such as being prepared to take up the jobs the authorities found for them and earn a steady stream of income,’ he advised.

In the dialogue session, about 110 people participated which was held in collaboration with the Singapore Business and Professional Women’s Association.