The Singapore South Asian International Film Festival (Sg.SAIFF) will be held from September 1-9, 2017.

Besides master classes and workshops, the festival will showcase 40 feature films, shorts and documentaries from India, Sri Lanka, Afghanistan, Nepal and Bangladesh, as well as a special screening from Singapore.

These titles are carefully culled out from recent productions to exhibit new films of emerging film makers as well as anticipated titles by established ones. "The challenge and drive in selecting films for Sg.SAIFF was to create a program that is truthful to the exciting new voices and stories which richly bring out the complexities of South Asia," said the artistic director of Sg.SAIFF, Amit Aggarwal.

Here are some highlights of that you wouldn't want to miss out on: 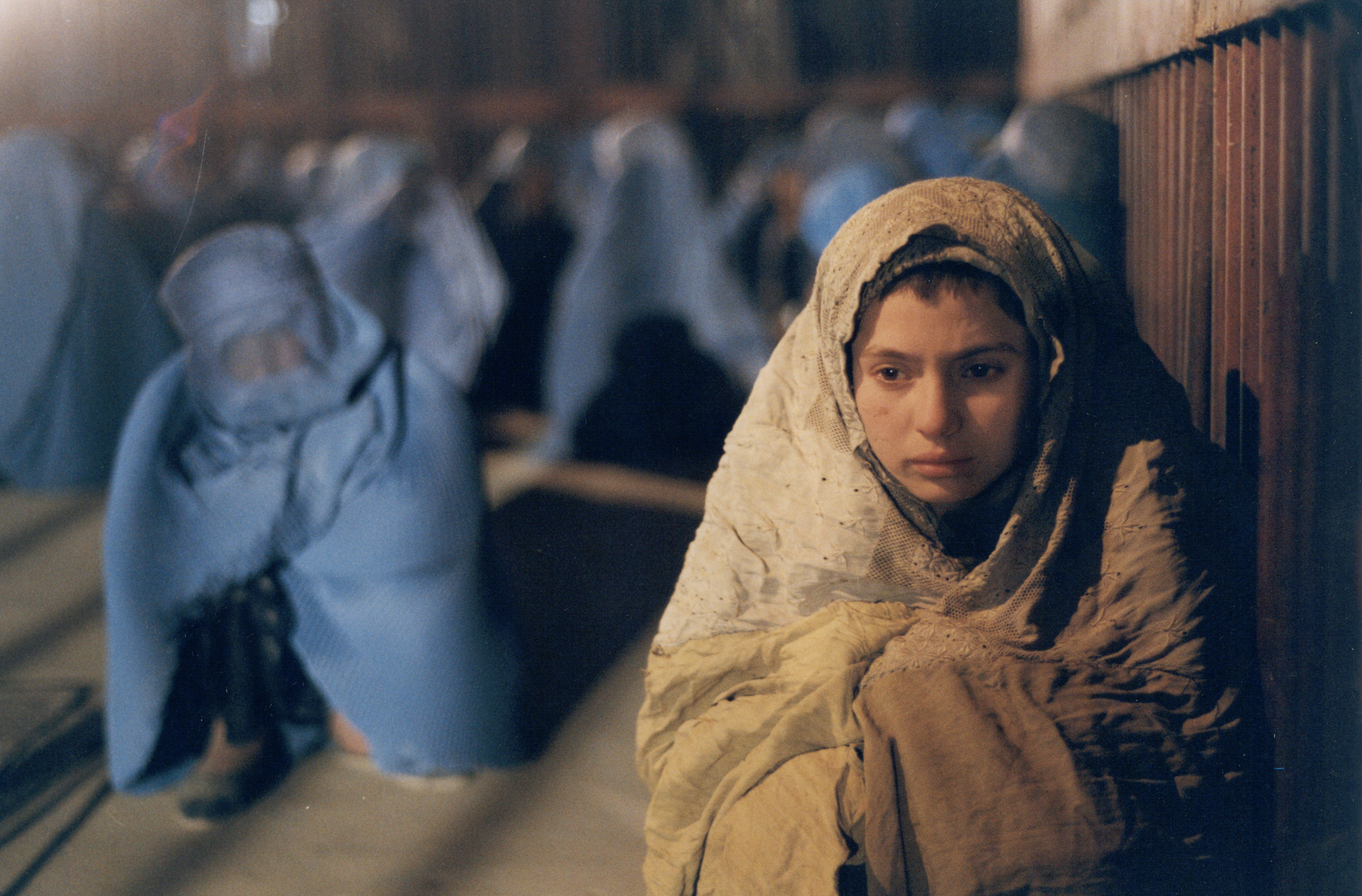 Shot in 2003, Osama was the first film to be shot entirely in Afghanistan since 1996, when the Taliban régime banned the creation of all films.

The plot follows the journey of a pre-teen girl living in Afghanistan who disguises herself as a boy, Osama, to support her family. In the film, the Taliban are ruling Afghanistan. Their regime is especially repressive for women, who, among other things, are not allowed to work.

However, the little girl’s masquerade becomes more difficult when the Taliban recruit all the local boys for school, which includes military training.

Barmak is also director of the Afghan Children Education Movement (ACEM), an association which was founded by renowned filmmaker Mohsen Makhmalbaf. The school trains actors and directors for shaping the ‘new cinema’ of Afghanistan. 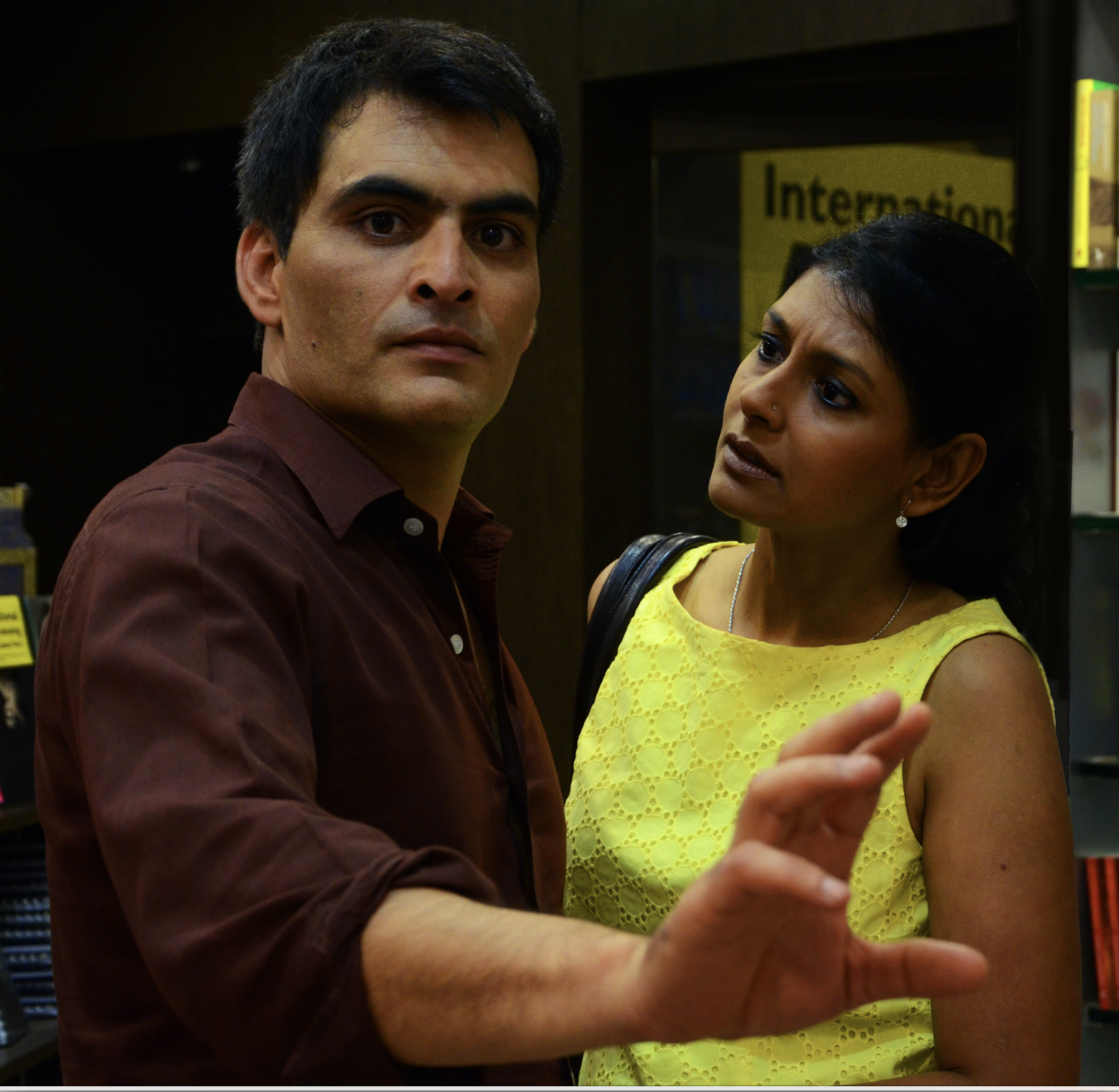 One early morning Albert Pinto (Manav Kaul), leaves his house without any explanation. His girlfriend Stella (Nandita Das), his mother and his brother Dominic are concerned about his safety. They file a ‘missing’ complaint with the police and when Albert doesn’t return even after a few weeks, they become very anxious.

Albert on the other hand is shown traversing a road journey from Mumbai to Goa with his companion, Nayar(Saurabh Shukla). Through their sometimes cynical, sometimes witty and sometimes distressing conversations, we see the plot unfold.

Punctuating these conversations are Albert’s flashbacks – scenes from his past, from a world that he has left behind – a beautiful world in which he and Stella try to weave a life together. The film gradually reveals Albert’s inner world of anger which leads him on this path to settle a past score. 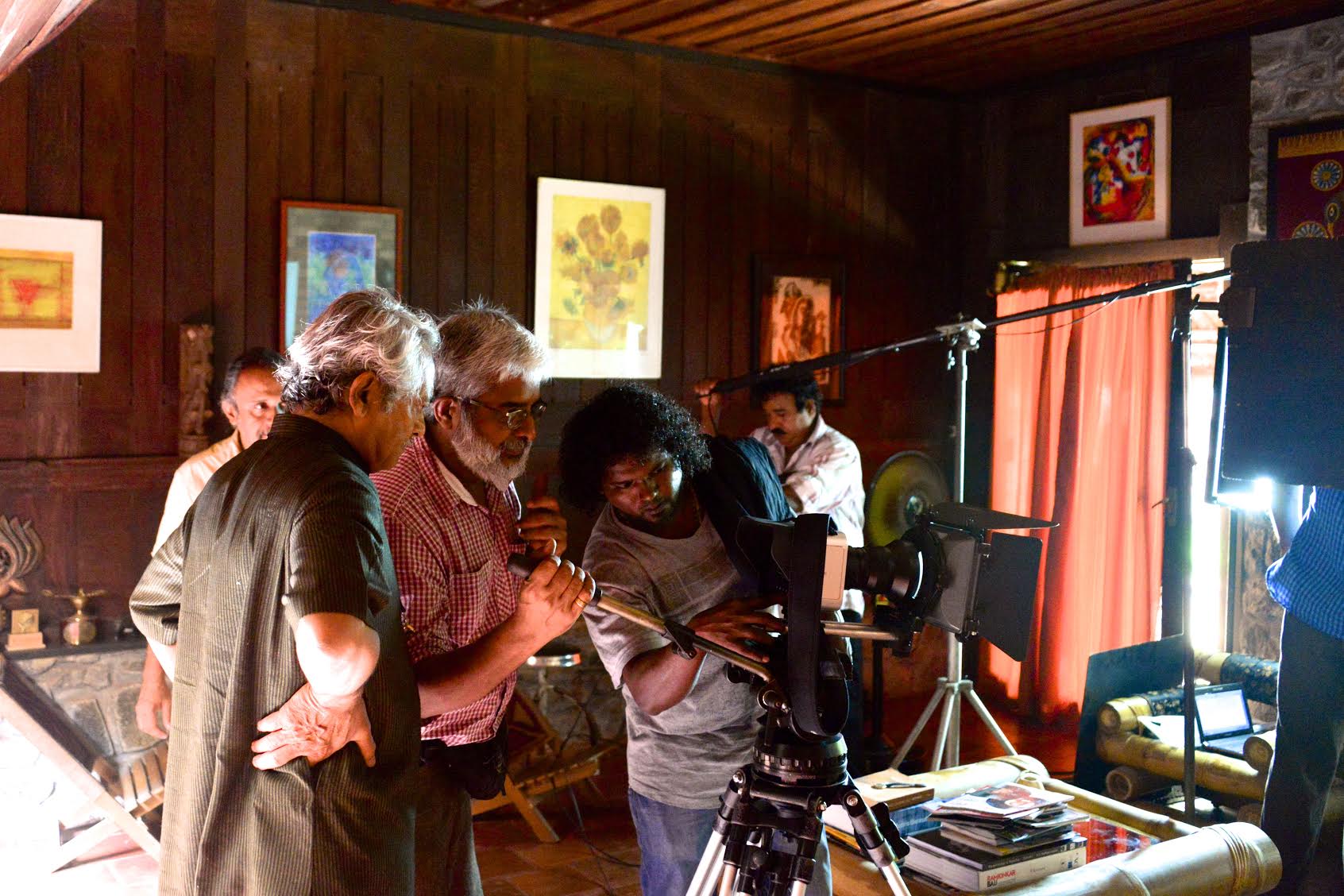 ‘Images / Reflections’ is a documentary on the life of Adoor Gopalkrishnan, one of the most revered Indian filmmakers. The film is divided into five chapters each one named after one of Adoor’s films.

Chapter 3 shows Adoor’s cousin, daughter, an actor and a friend recollect fond memories about him. In the fourth chapter, Adoor talks about his film’s aesthetics.

The last chapter reveals how his films anticipated certain changes in the social, political and domestic spheres of India and Kerala in particular.

Girish Kasaravalli is one of the pioneers of Indian cinema who has garnered fourteen National Film Awards and the prestigious ‘Padma Shri’, the fourth highest civilian award for his immense contribution to Indian cinema.

A gold medalist from the Film and Television Institute of India (FTII), Pune, his diploma film, Avashesh, was awarded National Film Award for Best Short Fiction Film. His film Ghatasharaddha(1977) has won the ‘Golden Lotus’ at the National Awards and has been listed amongst the top hundred films of the twentith century by the Paris Review. 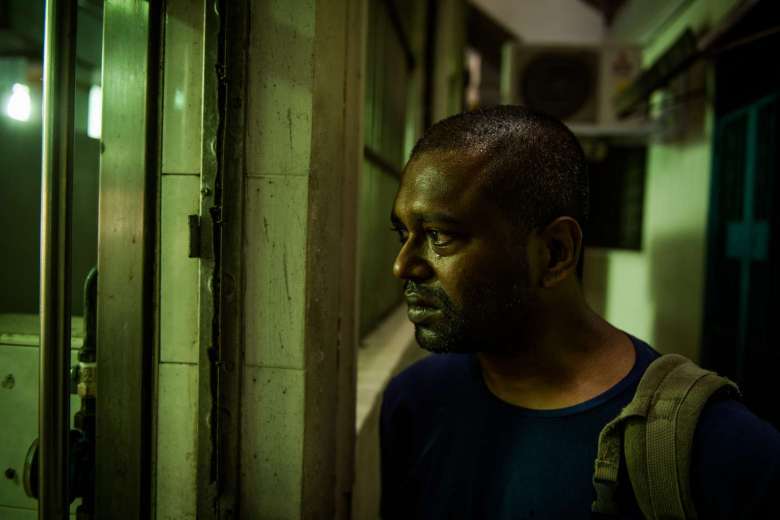 After serving eight years in jail, Siva is released back into a world outside bars. He has to grapple with his minority status and the fractures he created within his family.

With a mother (legendary actress Seema Biswa) who rejected him, and a society that offers no respite, Siva roams the streets as a vagabond. He befriends Chen Chen (Huang Lu), a Chinese prostitute who connects with him through their shared desperation. When Siva discovers a terrible truth, he plunges into a liminal zone between death and redemption.

K Rajagopal has earlier wored in theatre and directs both television productions and independent projects.  His shorts include I Can’t Sleep Tonight (1995), The Glare (1996) and Absence (1997). He has been winner of the SGIFF’s Special Jury Prize consecutively. His other films include Brother (1999), The New World (2008), Lucky 7(2008) and 7 Letters (2015). A Yellow Bird is his debut feature film. 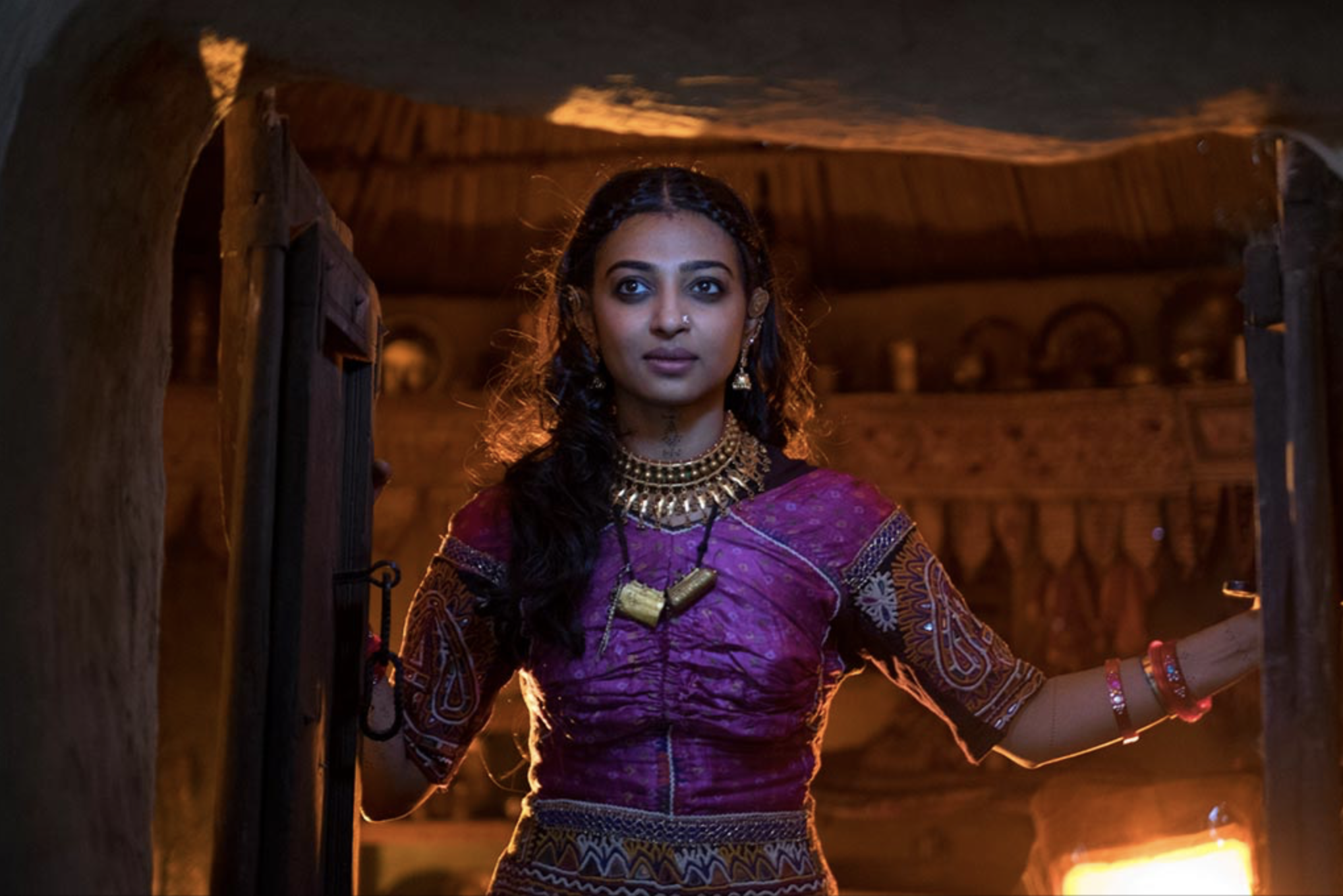 In an Indian village, three ordinary women begin to break free from century-old traditions that have kept them locked in servitude.

Rani was married at the age of thirteen and became a widow at sixteen. Her life’s sole purpose since then has been to raise her son Gulab. Lajjo, Rani’s closest friend, is a child-woman, full of life. Lajjo’s “greatest failure,” is that she is infertile. One day she learns that men can be infertile too! Nothing is going to stop Lajjo from bearing a child now, not the fear of social banishment, nor the violent beatings of her drunk husband.

Bijli is a dancer and a prostitute. In contrast to her colorful clothes Bijli’s life is shrouded in darkness for she knows she is reaching the end of her youth.

One fateful night, in the lead-up to the Dussehra festival, the lives of these three women intertwine in the sandy by-lanes of the village. What happens next changes the trajectory of their lives forever.

Leena Yadav’s journey in film started with Shabd in 2005. She has written and directed the film, which closely explores the psychology of love, marriage, creativity and freedom. Teen Patti (2010) is Leena’s second film as a director and writer. Set in India and England, it stars two of the greatest living legends of our times – actor Amitabh Bachchan and Academy Award Winner Ben Kingsley.

Her third feature, Parched, has won the prestigious ‘Impact Award’ at the Stockholm International Film Festival. 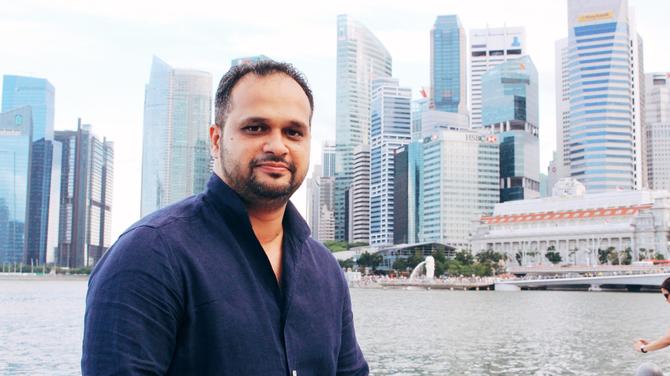 Aspiring towards being the Sundance of South Asian cinema; SGSAIFF