4th edition of Dastak the Hindi Theatre Festival, opens to a full house

Singapore’s first and only Hindi Theatre Festival, Dastak, opened to a full house with aplomb at the Stamford Arts Centre, with a traditional lighting of the lamp and a quick introduction to the directors of the 10 plays.

In its fourth year, Dastak 2019 led by  festival director Shalaka Ranadive,  delivers as promised with dramas that will leave an indelible impression in the minds of the Singapore audience. 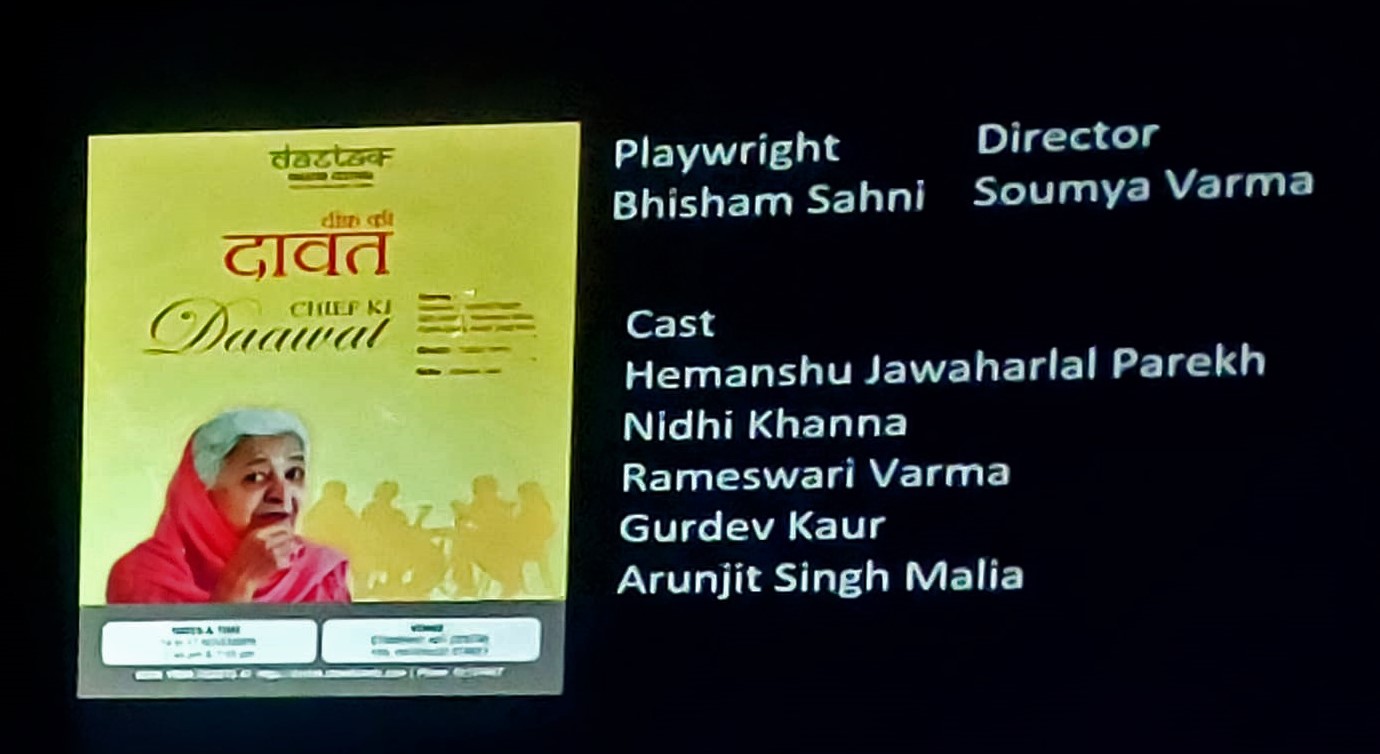 Daawat the first play at the Dastak festival which opened yesterday at the Stamford Arts Centre. Photo: Connected to India

A pure theatre experience of 10 Hindi plays of 10 minutes each, well subtitled in English for the multilingual-multicultural audience, received enthusiastic applause on its opening night. 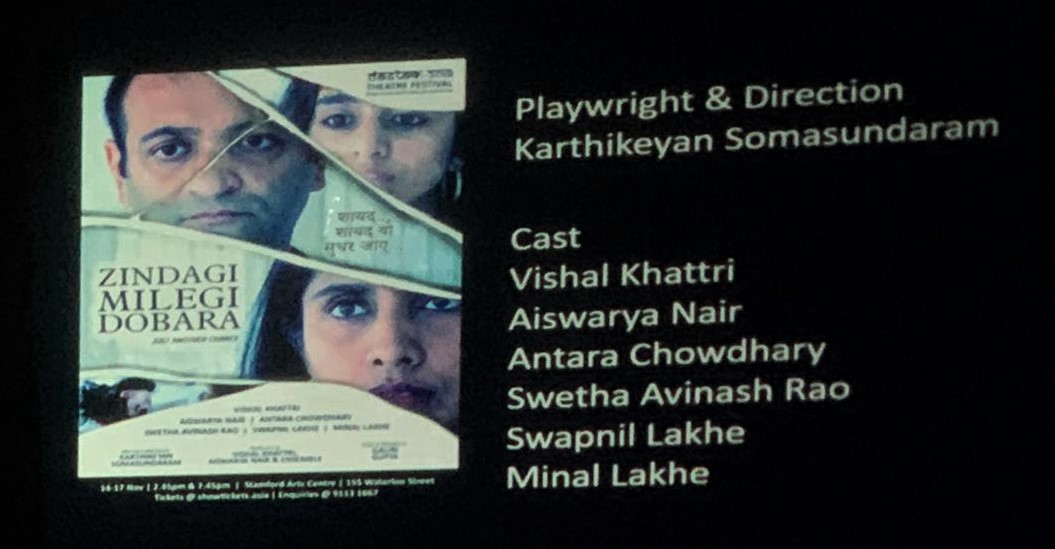 Based on a true story that happened in Singapore, the presence of Bruce and his daughter - on whom the story is based - in the audience made Zindagi Milegi Dobaara very poignant Photo: Connected to India

The plays all carried some message related to Singapore where a special mention goes to Bus # 43 which told a gripping yet sweet tale of foreign workers from India in Singapore. 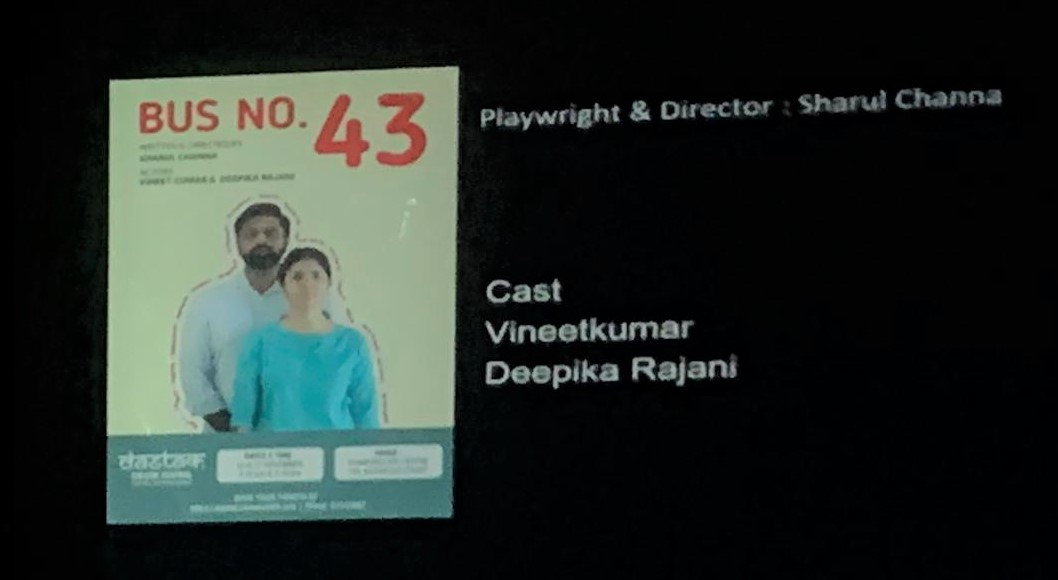 Bus no. 43 presented at Dastak 2019 theatre festival seemed to receive the most votes based on the box into which many people cast their 'thumbs up' cards. Photo: Connected to India

Different genres covering aspects from comedy to thrill, and emotions with many different themes and interpretations were seen in the tensome presented this year. 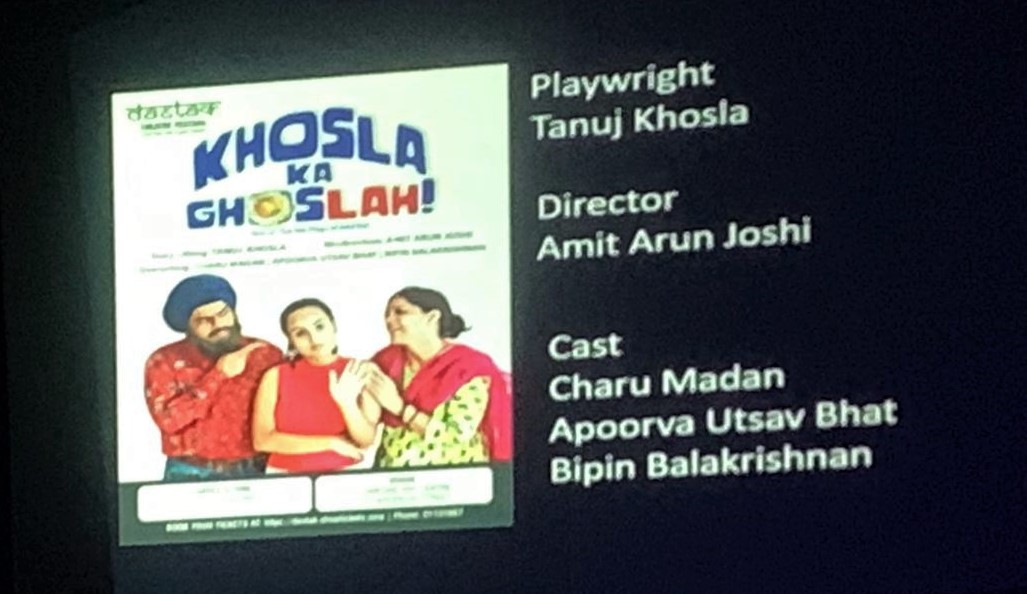 The actors for each of the plays were well cast. Most being working professionals with full time jobs, their passion for acting is seen through their dedication and commitment to  acting in Dastak 2019. 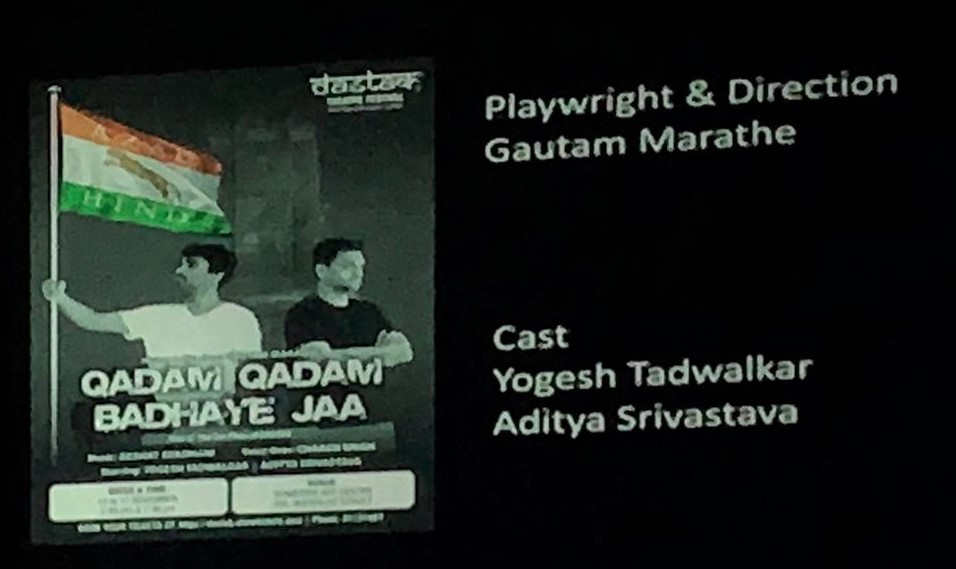 Qadam Qadam Badhaye Jaa again brought home the story to Singapore with reference to landmarks on this Island nation, at the Dastak theatre festival 2019. Photo: Connected to India

“I was given just one vote to cast for my favourite play and it was tough to choose just one", remarked Sriram at the end of the show. 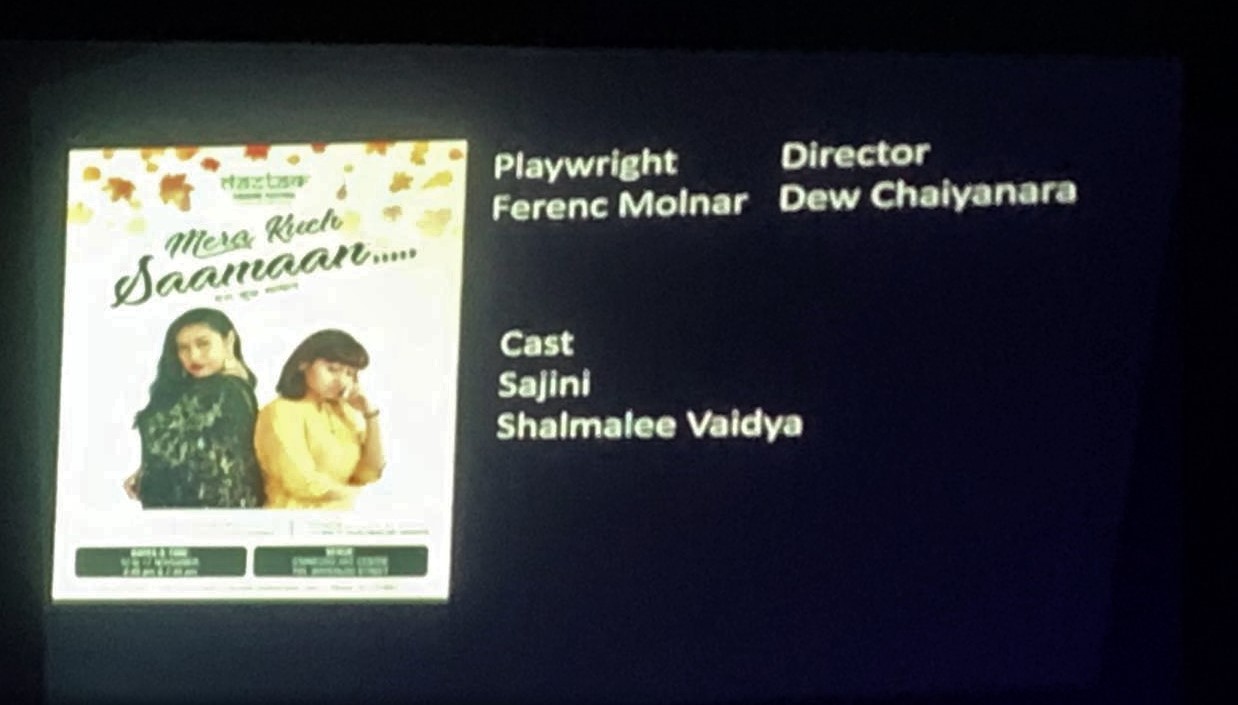 The actress Sajini is this authors personal favourite pick, for her audacious and entertaining performance in Mera Kuch Saaman one of the 10 plays at the Dastak theatre festival 2019. Photo: Connected to India

"The only downside is that the viewer doesn't have time for reflection after a play. Now I'm thinking about all the clever little touches, lines, props in the various plays but I'm sure I missed several", said Vidya, a member of the audience at the end of the opening performance. 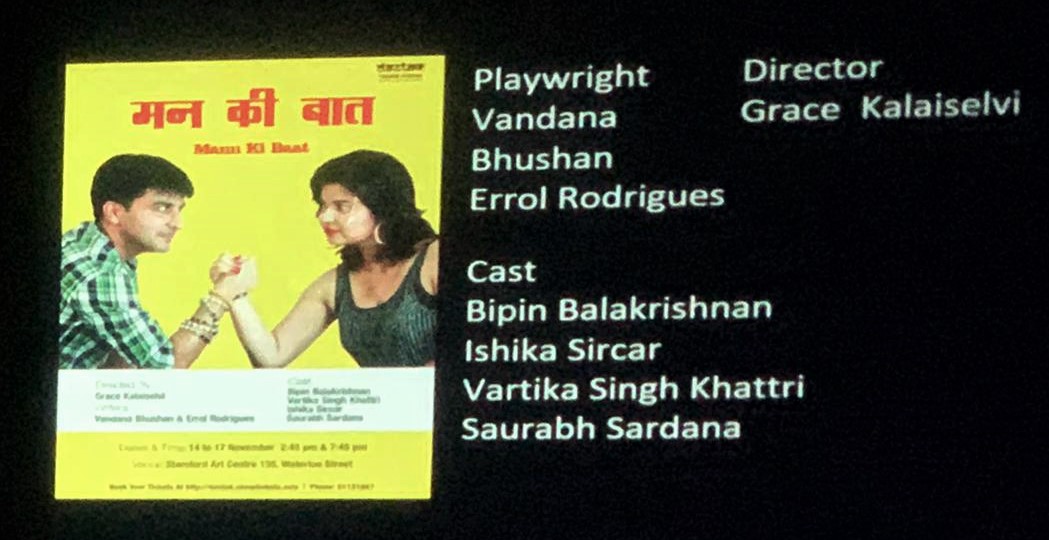 Mann ki baat which takes its name from the very popular programme started by Prime Minister Modi is given a unique interpretation by its director at Dastak 2019. Photo: Connected to India

"It is indeed a theatrical extravaganza that takes one through all the emotions - there is laughter, comedy, tragedy, anguish, pain - one can relate to the various situations enacted. More strength to Dastak!" said Shagun who had a ringside view of the stage on the opening night. 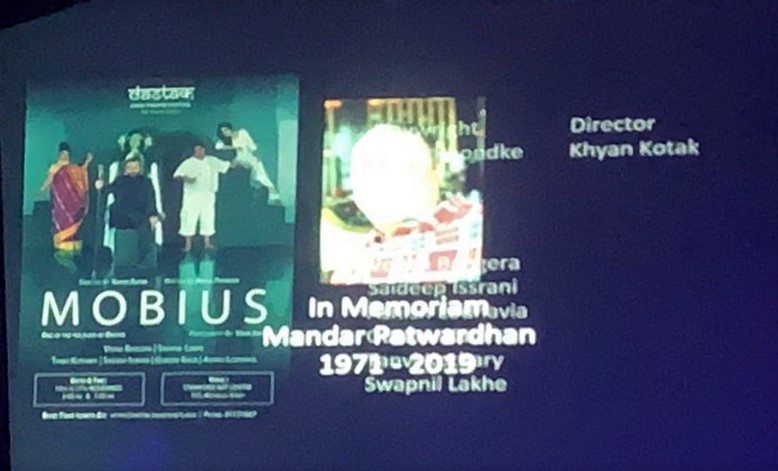 Mobius is another genre presented effectively in Dastak hindi theatre festival 2019 that is happening from 14 to 17 November at Stanford Arts Centre, Singapore. Photo: Connected to India

Some familiar faces from the Singapore MC and DJ scenes were seen giving creditable performances with pretty long dialogues completely rendered in Hindi, with nary a cue in sight. 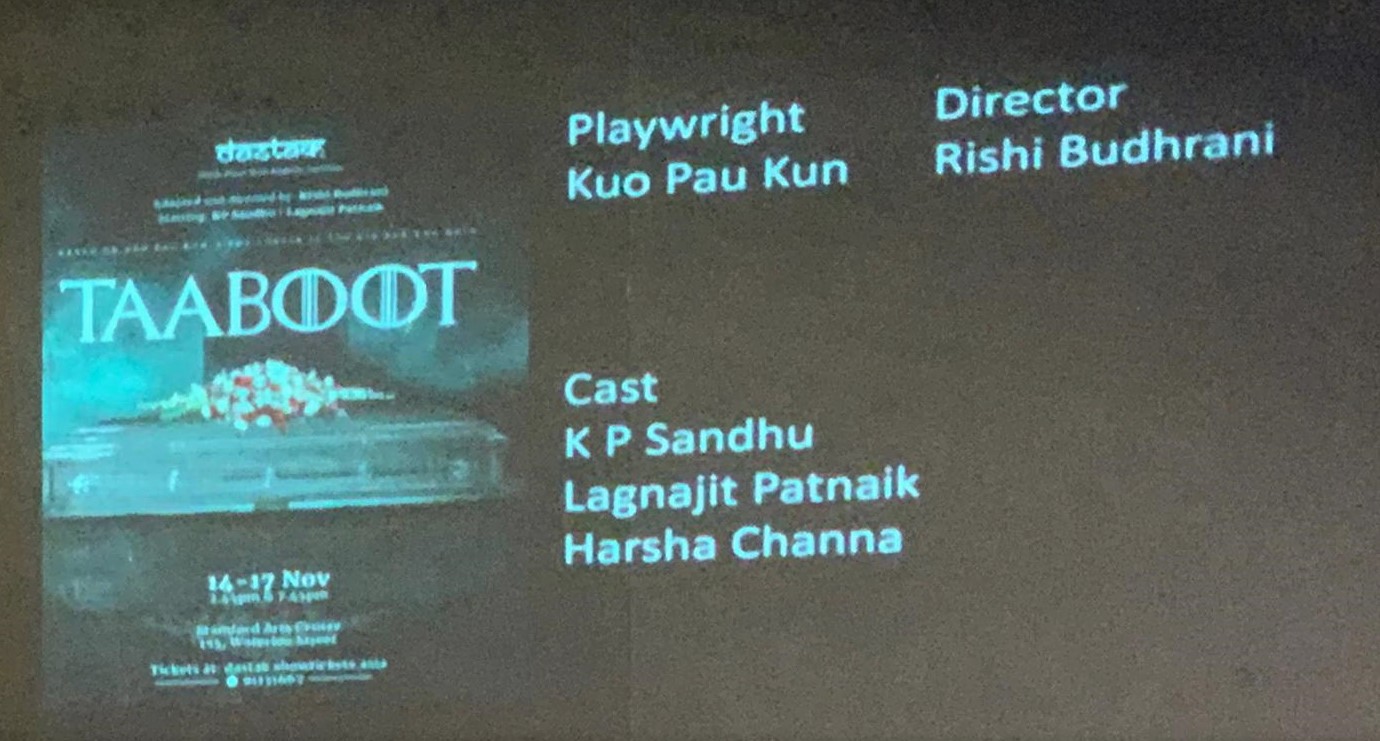 Cast for some of the plays in Dastak theatre festival 2019 included familiar faces from Singapore, previously seen in anchoring roles, effortlessly rolling out long dialogues in Hindi. Photo: Connected to India

References to Singapore spaces such as Esplanade, Tekka (now known as Little India), familiar roads, buses that ply familiar routes and some Singlish thrown in for good measure, made this Indian diaspora presentation a uniquely Singaporean production. 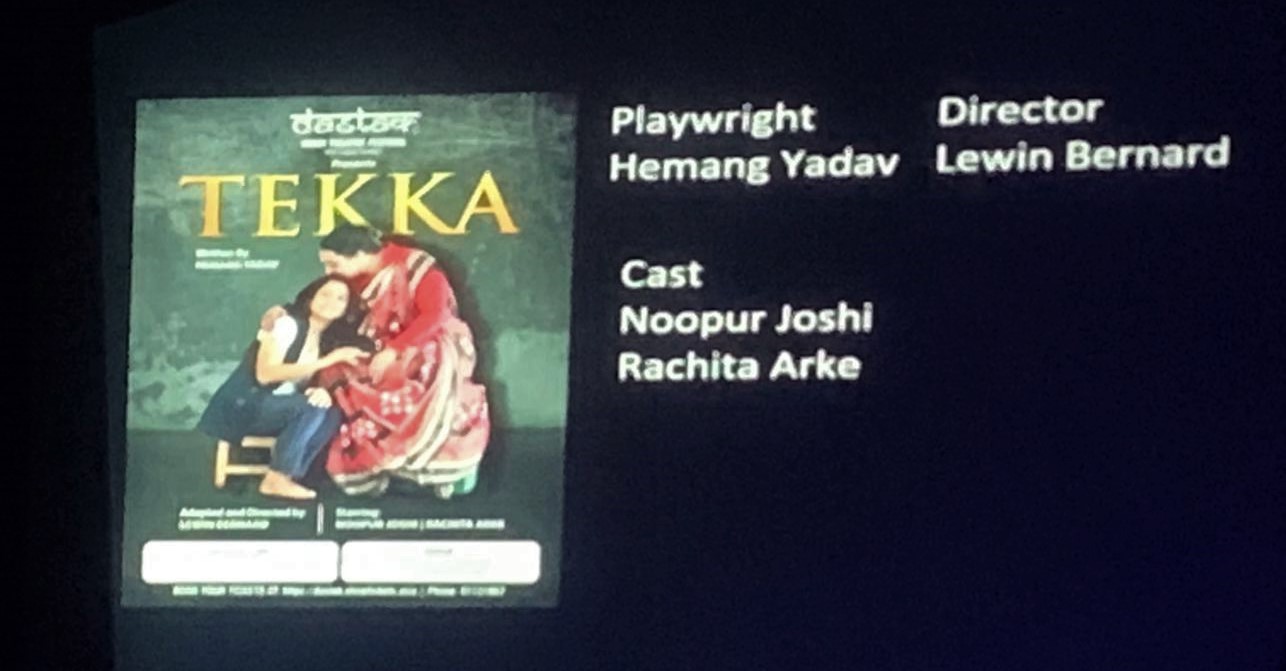 Tekka is another familiar haunt for Singaporeans that invokes all the 5 senses and this play has tried to capture all of its emotions as well as the reason behind the names of the roads in that ethnic precinct. Photo: Connected to India

If you are a theatre aficionado Dastak's Hindi theatre festival, a professional production with a huge bunch of talented artists and creative directors ought to definitely be on your calendar.

Tickets for the Dastak 2019 running from 14 to 17 November are completely sold out for all days as per the latest update.