Singapore economy grew by 3.8 percent on a year-on-year basis in the second quarter of 2018, the Ministry of Trade and Industry (MTI) said in a press release on July 13, 2018.

This moderated from the 4.3 per cent growth in the previous quarter.

On a quarter-on-quarter seasonally-adjusted annualised basis, the economy expanded at a slower pace of 1.0 percent compared to the 1.5 percent growth in the preceding quarter.

Growth of the manufacturing sector slowed, from 9.7 percent in the previous quarter to  8.6 percent on a year-on-year basis in 2018Q2. All clusters within the sector expanded during the quarter, with the electronics and biomedical manufacturing clusters contributing the most to the sector’s growth. 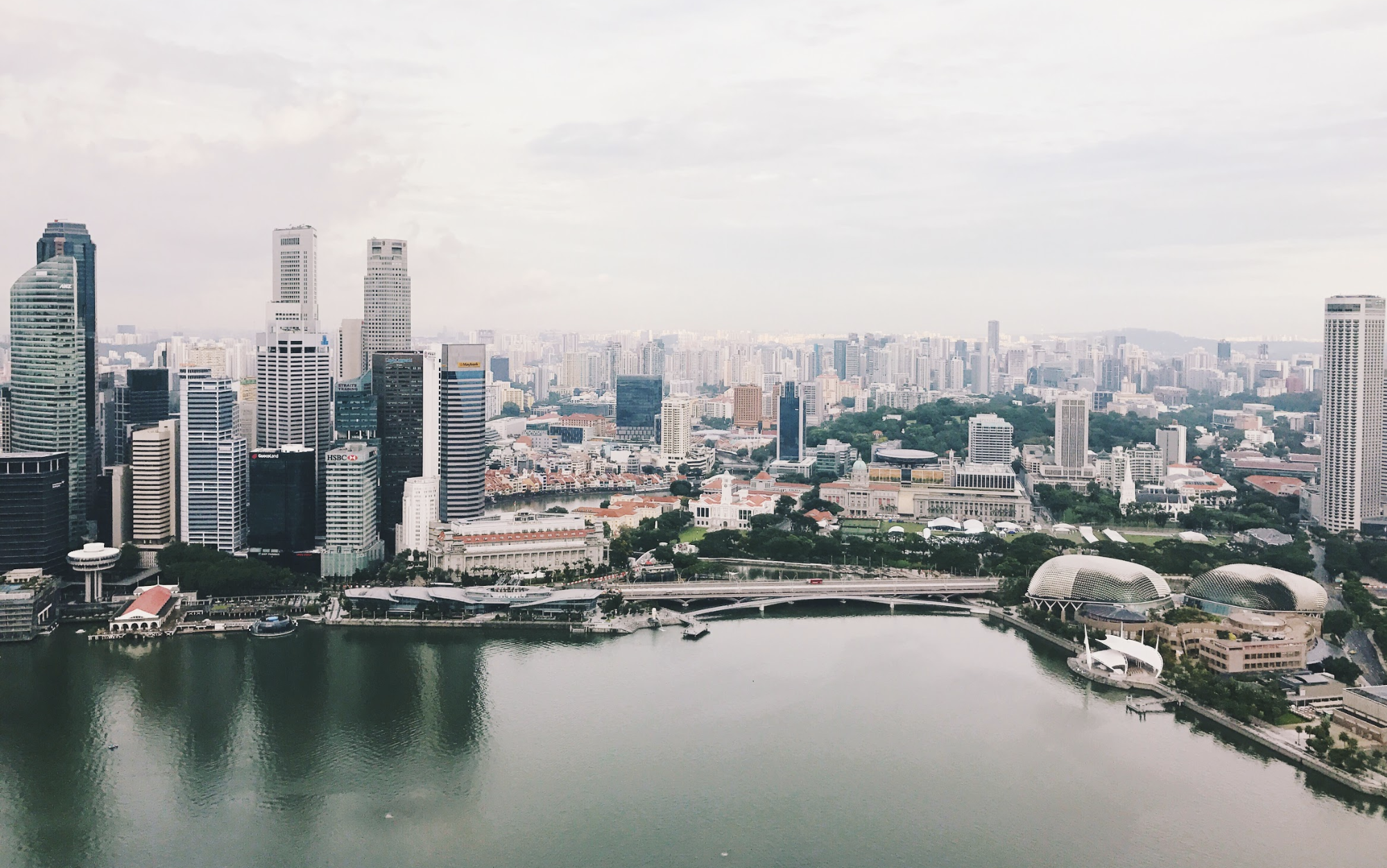 The construction sector contracted by 4.4 percent as well, extending the 5.2 percent decline in the previous quarter. The sector was weighed down primarily by the continued weakness in private sector construction activities.

On the other hand, the services producing industries expanded by 3.4 percent on a year-on-year basis in the second quarter. This showed an easing from the 4.0 percent growth in the previous quarter.

Growth was supported primarily by the finance & insurance and wholesale & retail trade sectors. 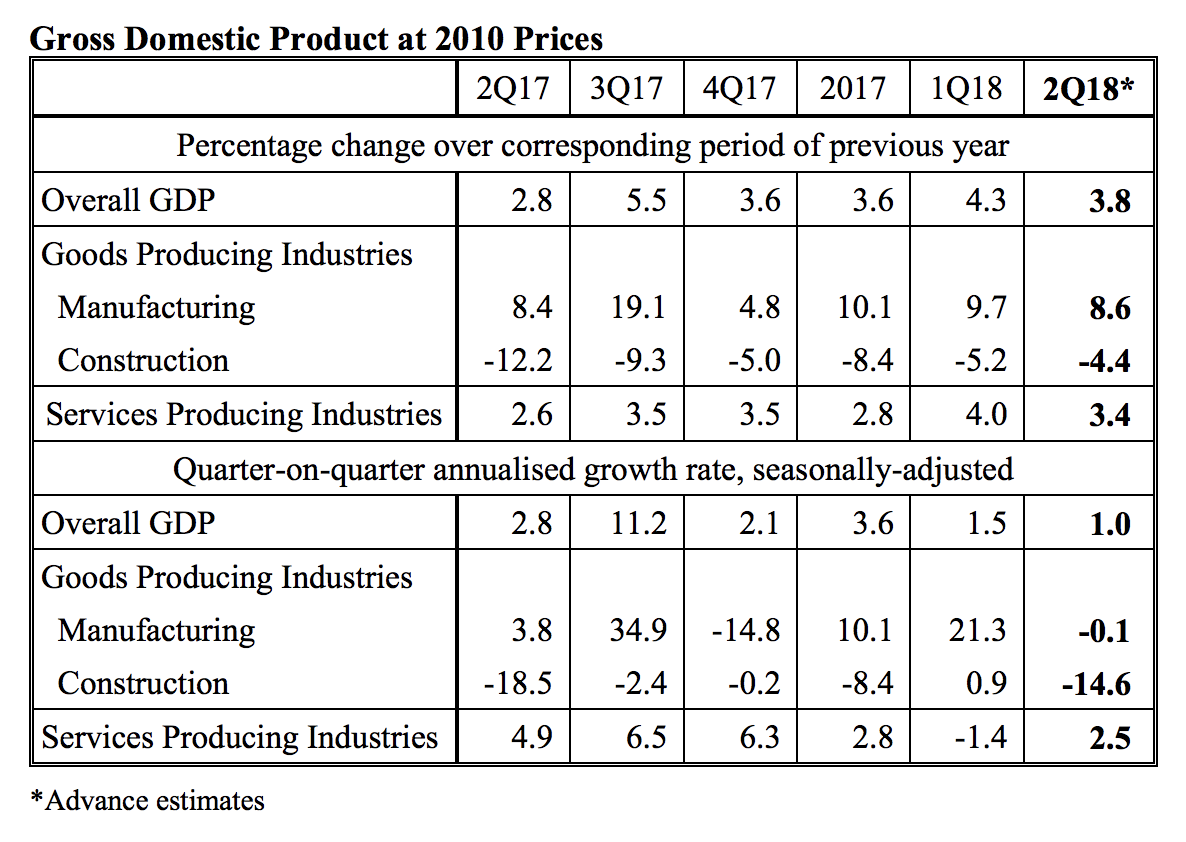