3,000 bicycle parking lots to be added at MRT stations: LTA

To cater to the demands of a growing cyclist population in Singapore, about 3,000 bicycle parking lots will be installed at MRT stations by 2019, announced Land Transport Authority (LTA) today. 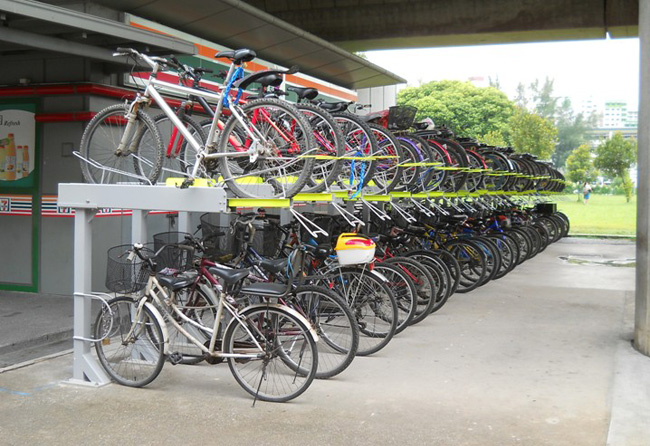 The cycling infrastructure in Singapore will get a major boost as 3,000 bicycle parking will be added at MRT stations. Photo courtesy: LTA

LTA will also be adding 34 new bicycle parking zones at existing MRT stations and bus stops, which can accommodate 1,400 bicycles in total. More of these parking zones will be progressively provided at more locations island-wide for the convenience of commuters.

It is also working with NParks, HDB and Town Councils to increase bicycle parking capacity at other public spaces with high demand.

Cyclists are being reminded to park their bicycles within the designated parking areas. Enforcement action will be taken against indiscriminately parked bicycles.