The Chinese New Year celebrations turned into a nightmare for residents of 132 Cashew Road in Singapore as three people sustained burn injuries after a fire broke out at a sixth-floor flat. Staff of Singapore Civil Defence Force (SCDF) rushed to the spot and controlled the fire.

Through a Facebook post, SCDF said, “Three of the occupants sustained burn injuries and were conveyed to Singapore General Hospital. They are now healing from their injuries.” 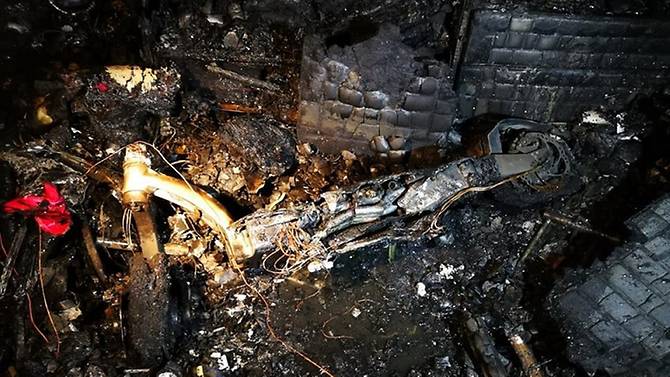 The charred remains of the burnt e-scooter which caused a fire at the sixth-floor flat on 132 Cashew Road in Singapore. Photo courtesy: SCDF

Preliminary fire investigation findings indicate that the fire started from an e-scooter placed in one of the bedrooms, SCDF said.

Earlier, nine persons were evacuated from the affected unit prior to the arrival of SCDF 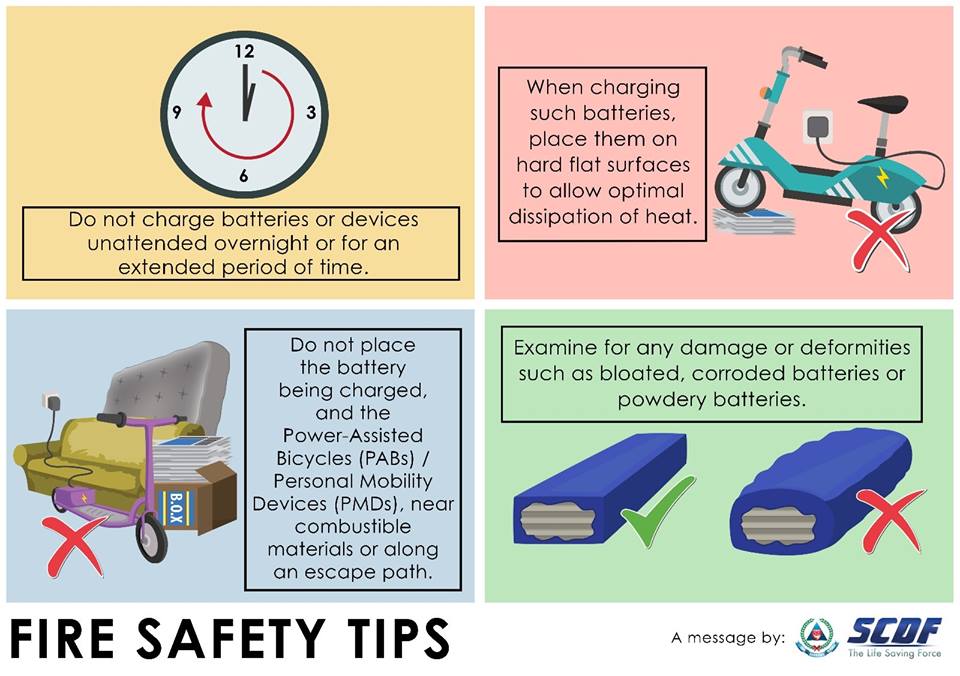 SCDF reminded the public on the preventive measures of such fires with fire safety infographics. Photo courtesy: SCDF

In addition to this, approximately 100 residents staying from 5th to 8th storeys were evacuated earlier by the Police. They were subsequently allowed to return to their homes.

SCDF reminded the public on the preventive measures of such fires with some fire safety infographics in its Facebook post.