Two men were arrested and 1,200 cartons of duty-unpaid cigarettes were seized on October 30, 2018 in a joint operation by Singapore Customs and the Immigration & Checkpoints Authority (ICA).

A Singapore-registered lorry was suspected to be delivering duty-unpaid cigarettes into Singapore via Jurong Port Main Gate at about 12.30pm that day.

ICA officers directed the lorry, which was carrying a consignment declared as octagon metal frames and mirrors, for checks. Anomalies in the scanned images of the consignment were detected, ICA and Singapore Customs said in a joint press release. 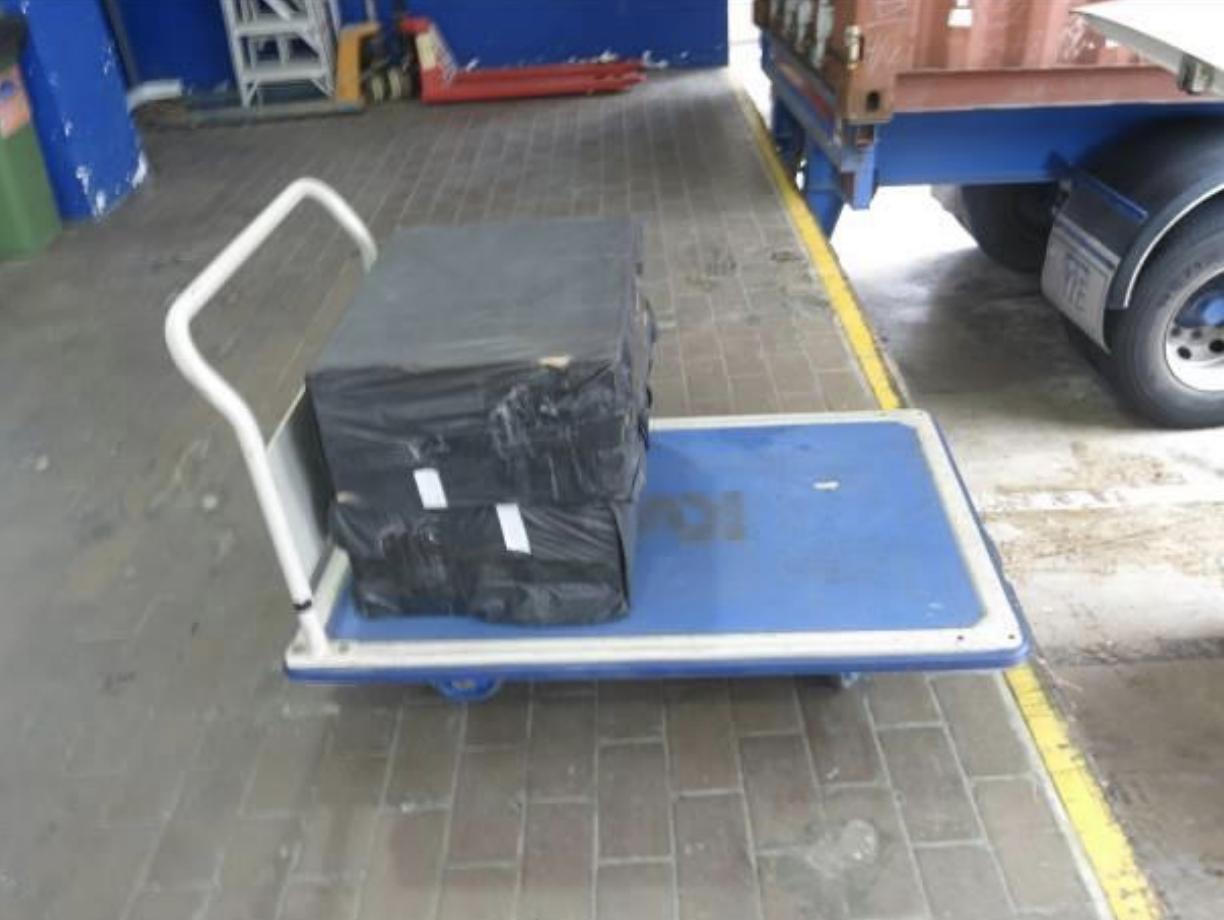 During the raid of a self-storage facility in Kallang Sector, Singapore Customs officers saw a man pushing a trolley loaded with what appeared to be boxes wrapped in black trash bags to the loading bay of the building. Photo courtesy: Singapore Customs

Singapore Customs officers then raided self-storage facility in Kallang Sector. They saw a man receiving the consignment and moving the goods into the building.

A while later, the same man was seen pushing a trolley loaded with what appeared to be boxes wrapped in black trash bags to the loading bay of the building. A second man who had arrived at the building in a white van earlier, was then seen loading the boxes on the trolley into the white van.

A total of 1,200 cartons of duty-unpaid cigarettes were seized in the operation. Photo courtesy: Singapore Customs

Upon further questioning, the first man led the officers to two units in the self-storage facility where another 850 cartons of duty-unpaid cigarettes were found. The two men were arrested.

The duty-unpaid cigarettes and the white van were also seized. The total duty and Goods and Services Tax (GST) evaded in amounted to about $120,410 and $8,740 respectively.