Long queues formed at the check-in counters due to an outage that affected ten AirAsia flights, according to a report by Todayonline.

Twitter user Mayank Sardana posted pictures of the situation at the airport, showing the crowd and self check-in counters with "out of service" signs. 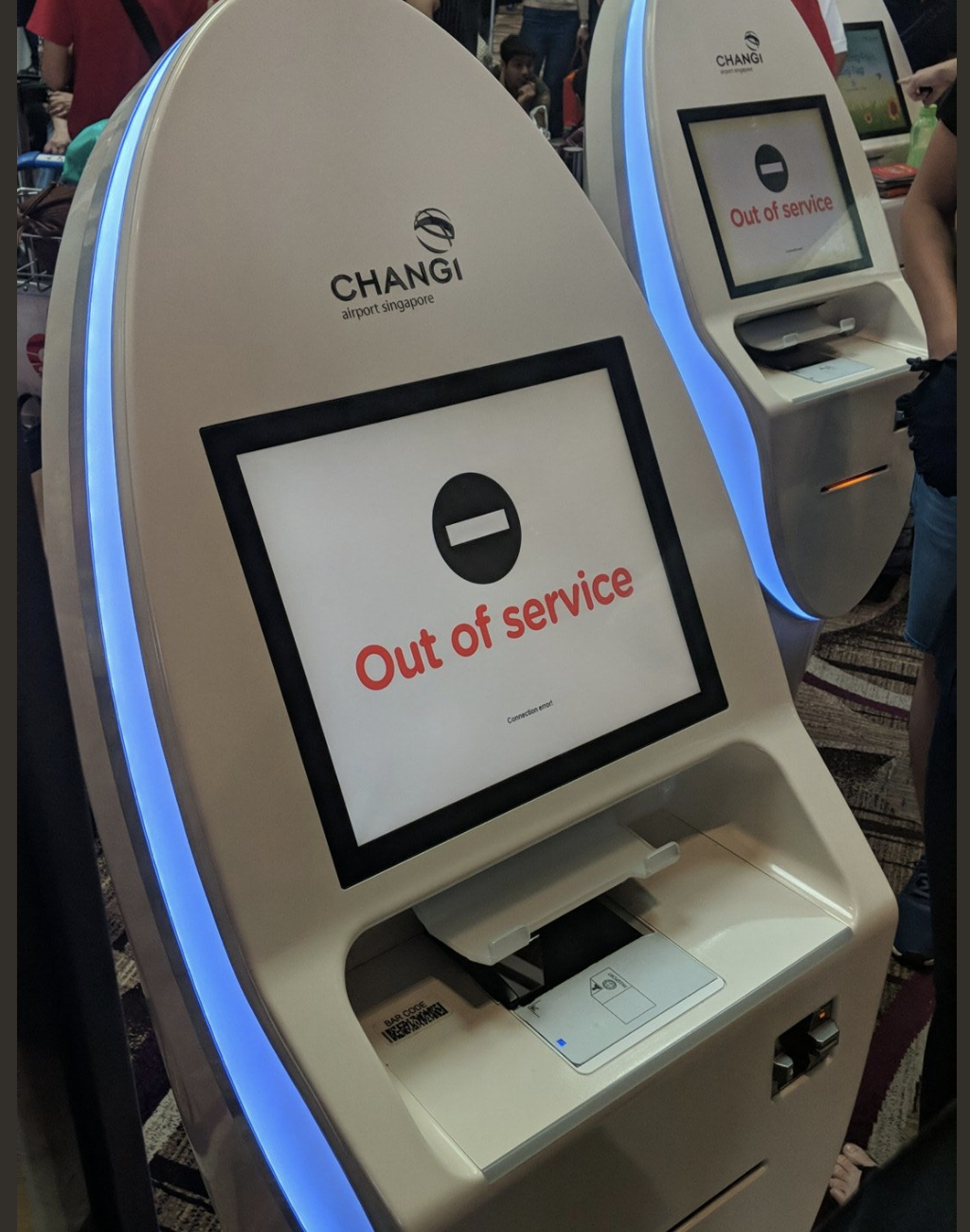 According to an AirAsia spokesperson, the airline's check-in systems were affected for about 1.5 hours, from 9.41am to 11.15am.

"During that time, we were able to continue checking-in our guests manually. Our systems are now back up and running and we have resumed automated check-in of our guests," the spokesperson told Todayonline. She was unable to specify the number of passengers or flights affected.

"We are currently investigating the cause of the outage, and we apologise for any inconvenience caused to our guests."

The outage was reportedly caused by an internet connectivity issue.