Who is Indian-origin Jagmeet Singh, the first non-white party leader in Canada’s Parliament?

Canada’s first non-white political party leader seems to be going from strength to strength. Indian-origin Jagmeet Singh has created history in Canada when he made his debut in the House of Commons.

In Canada’s general election held on Monday, incumbent Prime Minister Justin Trudeau’s Liberal Party managed to hold on to power, although it lost majority in the country’s parliament. The results are also said to be an opportunity for Jagmeet Singh, who is one of the frontrunners to play a kingmaker role while Trudeau scouts for coalition partners.

Sworn in & officially in this. Now we double down on fighting for the help that Canadians need – from ensuring everyone has a place to call home to making sure healthcare covers us the way it should – I'm determined & ready to make life easier for people. Let's get it. #cdnpoli pic.twitter.com/nNjrBKt7nl

Singh is now the first non-white party leader in the Commons in Canadian history.

A criminal lawyer by training, Singh was born and raised in Canada and has been the leader of the left-leaning New Democratic Party (NDP) since 2017. The kirpan-wearing Sikh is known for wearing three-piece suits, and has been previously described as “Trudeau’s worst nightmare”.

Despite being relegated to the fourth position, the NDP’s support from now on would be crucial for Trudeau’s minority government to remain in power and pass key legislation. The NDP is expected to push Trudeau’s policies further to the left.

Singh, as an elected lawmaker, talked about the terrorist attack on two mosques in New Zealand.

Excited & ready to be officially sworn in as an MP today and have my first day in the House on Monday!

Retweet if you agree we can build a Canada where every kid can dream big, break barriers & fight to improve the world around them #cdnpoli pic.twitter.com/rv9MWDjiBI

He placed his hand over his heart as he walked into the House of Commons, the lower of house of Parliament, before the daily question period.

"I want to begin by expressing our solidarity with the people of New Zealand who are mourning the attack on Muslim brothers and sisters... in Christchurch," he said.

"I met a mom in Burnaby. She bought a home, but cannot afford to live there anymore. Her daughter has a good job, but only gets by because she lives in the basement. Her son does not see a future. Like too many Canadians, he has lost all hope," Singh added.

Too many Canadians are working hard but struggling to get ahead – all while the Trudeau Liberal government tells them to wait for solutions. It doesn't have to be this way.

LIVE: Watch my first questions to PM Trudeau in the House of Commons: https://t.co/hNIA0Xfw4Y #cdnpoli pic.twitter.com/tpbzDVYlvy

Singh, 40, was elected in federal by-elections held on February 25. 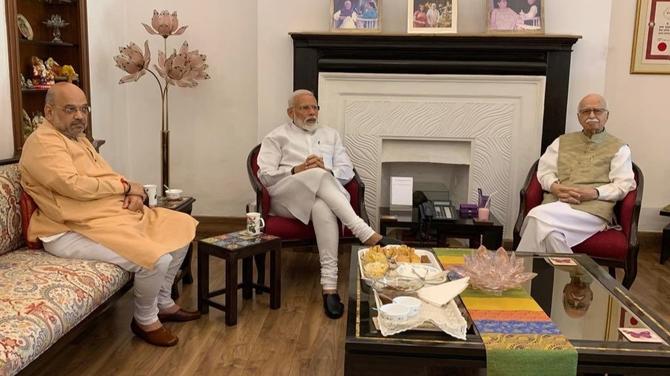