US elections are round-the-corner and Bollywood angle has just popped up. Yes! We know our Bollywood Shahenshah Amitabh Bachchan has a huge fan following, but the latest one to join this fan brigade is none other than Hillary Clinton herself.

The US Presidential candidate Hillary Clinton has been under a lot of heat due to a series of leaked emails right before the elections. Here's another leaked information that will bring her back in the limelight (at least in India) along with Amitabh Bachchan. 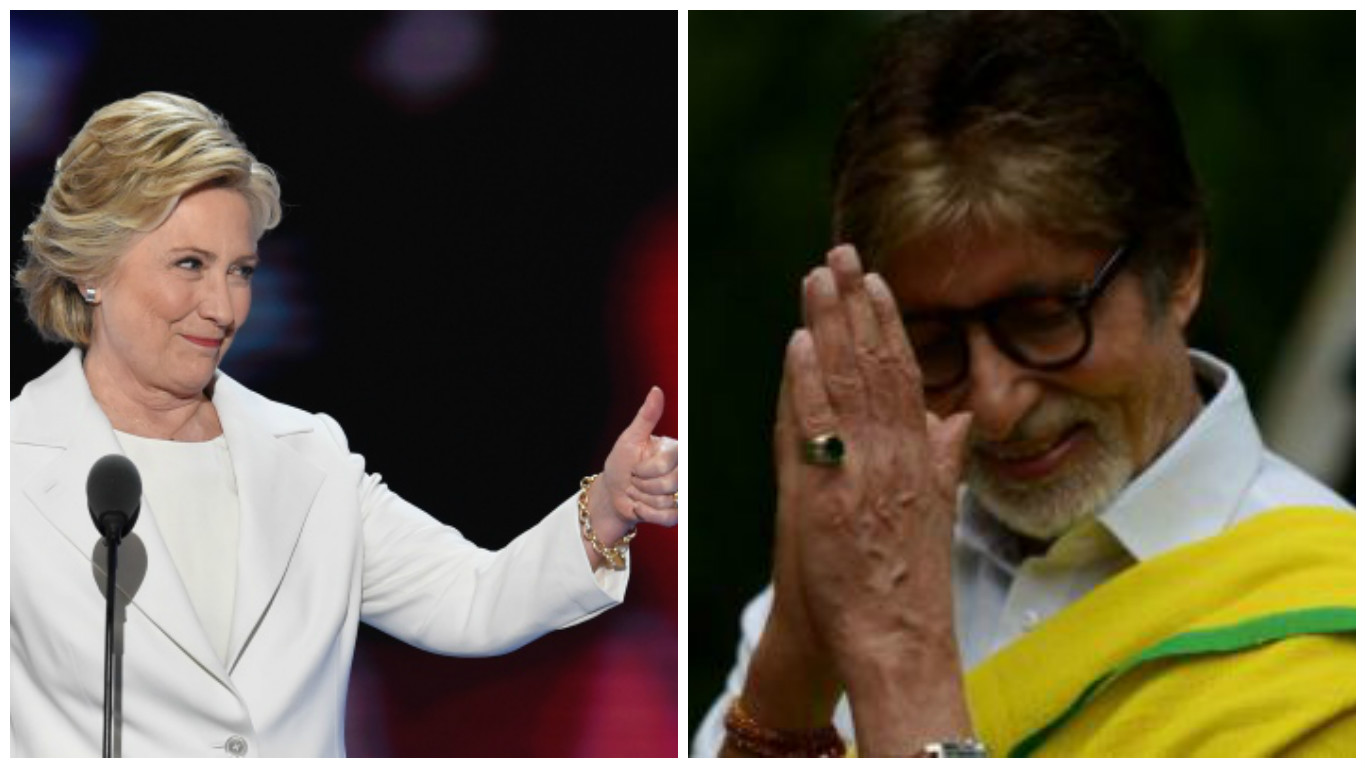 In another leaked email, the Democratic forerunner has managed to get us in rapt attention as she is talking about superstar Amitabh Bachchan in the mail.
The news made the rounds after a reporter working for a leading daily posted a screenshot of the email in which Hillary is asking her Pakistani-aide Huma Abedin about Amitabh Bachchan.
The email dated to July 2011, has Hillary questioning Abedin about Big B. She has written, "What's the name of the famous older Indian actor we met a few years ago?"

Interestingly Abedin is the facing FBI investigation over 650,000 emails that were found in her ex-husband Anthony Weiner's laptop. Anthony is said to have a connection with Clinton's leaked emails controversy during President Obama's termquired about Amitabh Bachchan!