Defending his withdrawal from the international Paris Climate Accords, US President Donald Trump has alleged that India, China and Russia do not take care of their air, while America does. 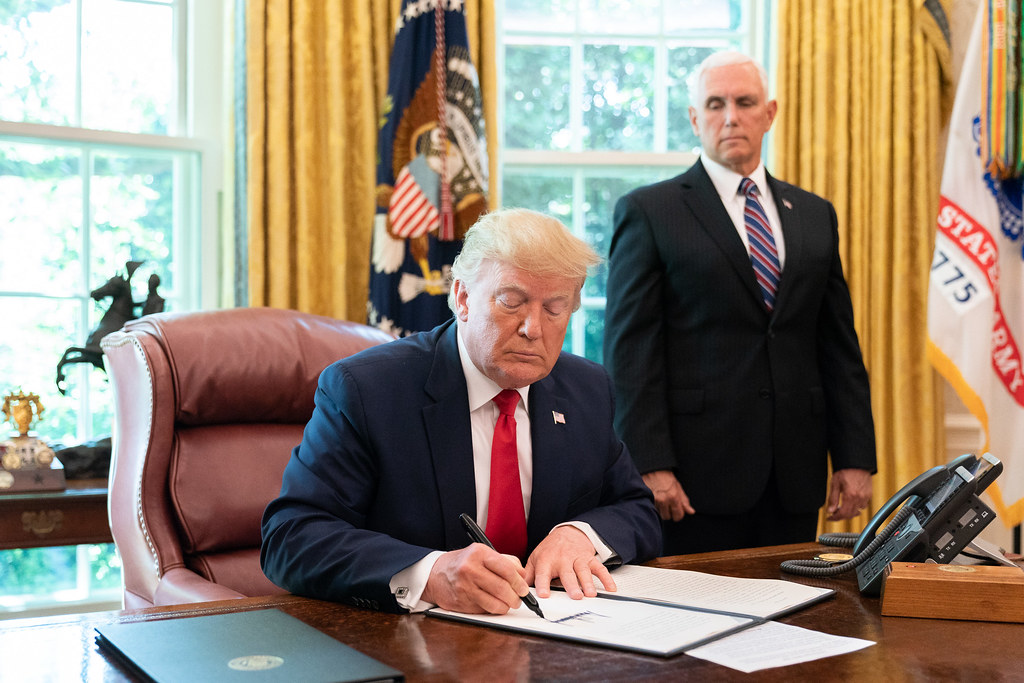 Although Trump announced his decision to withdraw from the historic pact on June 1, 2017, the process began last year with the formal notification and the US will be out of the pact on November 4, 2020. Photo courtesy: White House

With less than 100 days before the 2020 US Presidential election, Trump asserted he was correct to withdraw from the "one-sided, energy-destroying" accord.

Trump, in his address on energy and the Permian Basin in Midland, Texas yesterday, said that by imposing these punishing restrictions "the Washington radical-left, crazy Democrats" would also send countless American jobs, factories, industries to China and to other foreign polluting states.

India is the fourth highest emitter of carbon dioxide in the world, according to the projection by the Global Carbon Project published in December 2018. The top four emitters in 2017, China (27 per cent), the US (15 per cent), the European Union (10 per cent) and India (7 per cent), made up 58 per cent of global emissions, it added.

The US in November last year formally notified the UN of its withdrawal from the Paris climate accord, a global agreement in which President Trump's predecessor Barack Obama had played a key role.

Although Trump announced his decision to withdraw from the historic pact on June 1, 2017, the process began last year with the formal notification and the US will be out of the pact on November 4, 2020.

Trump said that under the last administration, America's energy industry was under relentless and unceasing attack.

Lashing out at the Democrats, Trump alleged they do not love the country and have no respect for the American way of life.