We are committed to economically integrated and prosperous ASEAN: Lim Hng Kiang

“We renew our commitment to build a more and economically integrated and prosperous ASEAN. Our collective efforts have since brought about benefits and increased opportunities for our people. To continue unlocking the potential of our economies and preserve ASEAN’s credibility, ASEAN will need to stay on track and press on with our implementation of the ASEAN Economic Community (AEC),” asserted Singapore Minister for Trade and Industry (Trade) Lim Hng Kiang.

The Minister was addressing the delegates at the 16th AEC Council Meeting today, which is part of the 32nd ASEAN summit taking pace in Singapore this week. 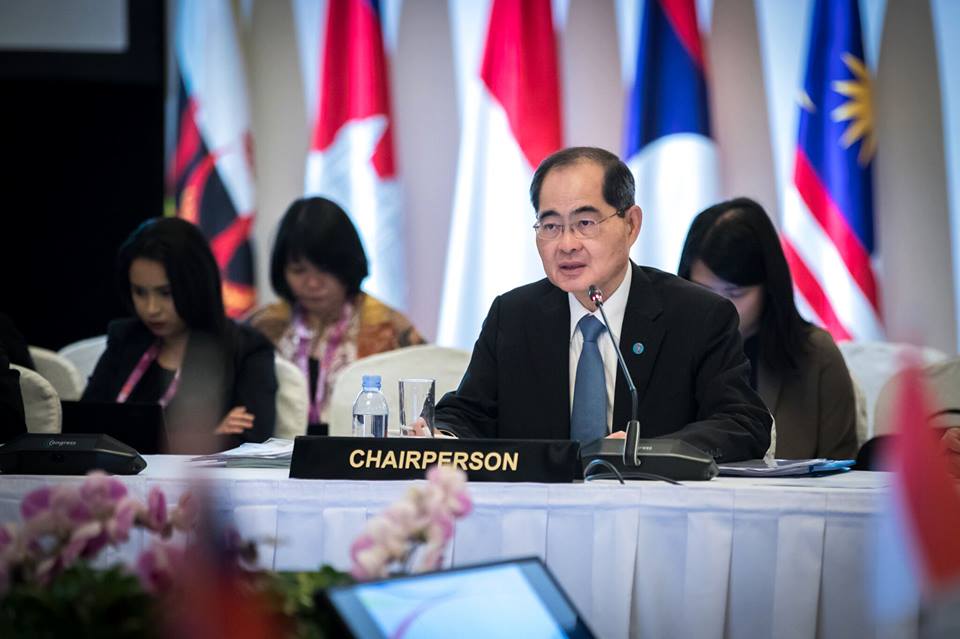 Reflecting on the economic scenario of ASEAN, Lim said, “ASEAN’s economic outlook has remained promising over the years. We have continued to grow despite the uncertain global economic environment. With 4.8 per cent in 2016, ASEAN’s growth is expected to accelerate by 5.2 per cent in 2017 and 2018. With our youthful population, growing middle class and increasing urbanisation, ASEAN is well-poised to realise the potential to become fourth largest economy in the world by 2030.”

Speaking about the emerging global challenges and advancing the cause of AEC, Lim said, “ASEAN’s perseverance in advancing the AEC 2025 is assuming greater significance in a world where anti-globalisation sentiments and protectionist rhetoric are on the rise. The advent of the Fourth Industrial Revolution and the digital economy have caused disruptions which are multi-dimensional and occurring at an unprecedented scale. These developments present both challenges and opportunities.” 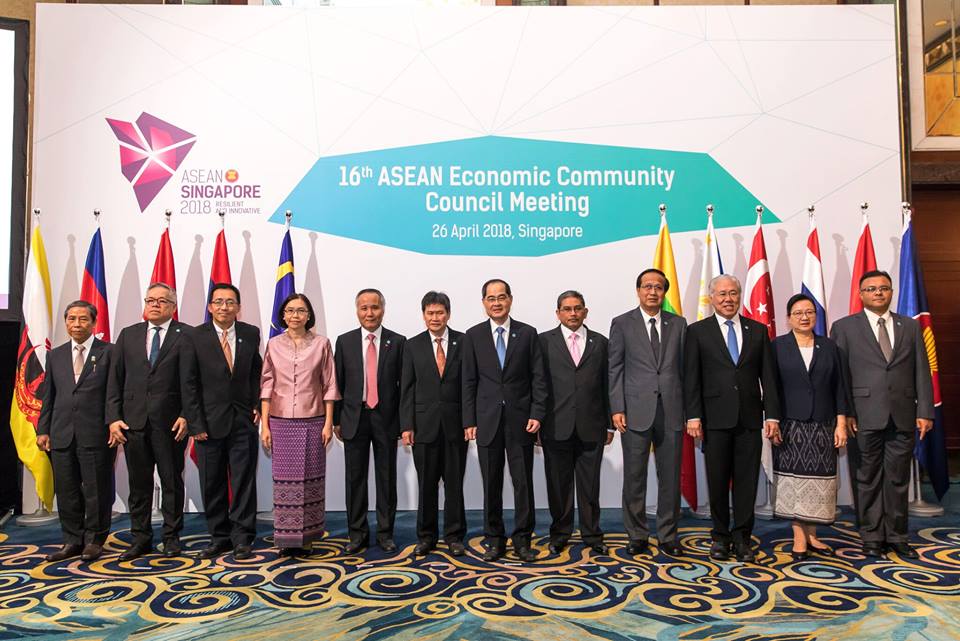 With e-commerce becoming the ‘new reality’ for businesses today, improving the operating environment for businesses in the digital economy is crucial, said Minister. This will include the need for cross-border movement of goods to be facilitated simultaneously.

ASEAN will also need to pay stronger attention to trade facilitation. This is because non-tariff measures have become more pertinent barriers to trade even as customs duties fall due to the proliferation of Free Trade Agreements (FTAs), said Lim.

As Singapore takes on the rotating chairmanship of ASEAN, it will focus on strengthening the region to become a “resilient and innovative” one “which can adapt and thrive amidst global uncertainties and capitalise on emerging trends”.

Giving examples of how the joint efforts to facilitate trade and enhance connectivity in ASEAN have borne fruit, Lim mentioned about the ASEAN Single Window and Cruise Tourism.

“The ASEAN Single Window, an online platform to expedite customs clearance via the electronic exchange of information across borders, is now operational among five ASEAN Member States (AMS). The remaining AMS will come on board soon. The ASEAN Single Window, once fully established, would reduce transaction costs for businesses and better facilitate the clearance of goods within ASEAN,” said the Minister.

“Through the Declaration on Cruise Tourism, ASEAN has also committed ourselves to transforming Southeast Asia into a vibrant cruising destination via infrastructure development and improved on-shore activities. This declaration brings ASEAN a step closer to the shared vision of becoming a thriving cruise hub, deepening connectivity within Southeast Asia and driving strong economic contribution to new ports-of-call and their communities,” he added.

In his concluding remarks, Lim said, “Our collective efforts will ensure that ASEAN remains on the trajectory to closer economic integration and sustained, long-term growth. ASEAN’s regional integration efforts have also anchored ASEAN’s relevance on the world stage.”