He’s undoubtedly one of the fittest cricketers in the world today. Indian captain Virat Kohli’s passion for fitness has continued during the COVID-19 lockdown.

Kohli recently posted a weightlifting video of himself on Instagram captioned “Earn It. Don’t Demand It.” The number one batsman in one-day cricket can be seen doing an impressive weightlifting exercise with ease in the video .

Earn it. Don't demand it.

With likes and comments pouring in from Kohli’s fans, Harbhajan Singh and Kohli’s RCB teammate AB de Villiers were also mighty impressed by his weightlifting skills. 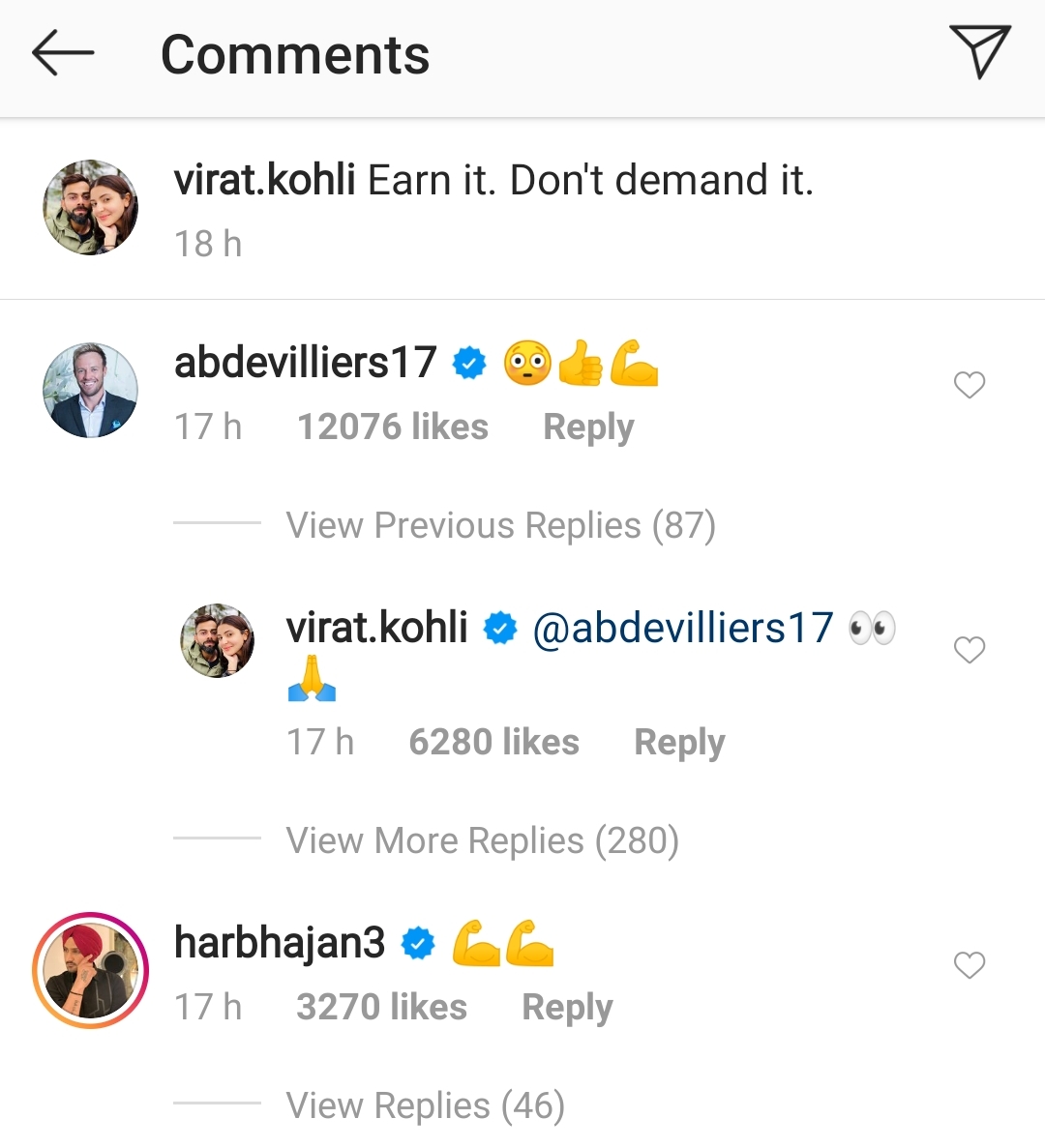 Whether it’s working out in his home gym or in the open space within his complex, according to Kohli putting in the work is a way of life and not a requirement of the profession.

Putting in the work is a way of life and not a requirement of profession. Choice is yours.

It's not just his physical strength that makes him one of the best in the world. Kohli's mental strength plays a huge part in his success too.  The master of chase, in a recent chat with Bangladesh opening batsman Tamim Iqbal, shared what goes on in his mind while chasing. Kohli said, "When it comes to chasing targets, my mental state is simple - if someone says something to me from the opposition side, then I get more motivated. When I was younger, I used to watch matches on television. If India did not end up winning the match while chasing targets, I used to think if I was there, I would have won the match."

The 31-year-old said for him winning is most important.

"While chasing I think I can walk out not out. At that time I think I can make the team win. If the target is 370/380, I never feel that it cannot be done."

Virat Kohli broke Tendulkar’s record of the most centuries in successful chases for India. The Indian captain till date has 43 ODI and 27 Test hundreds. 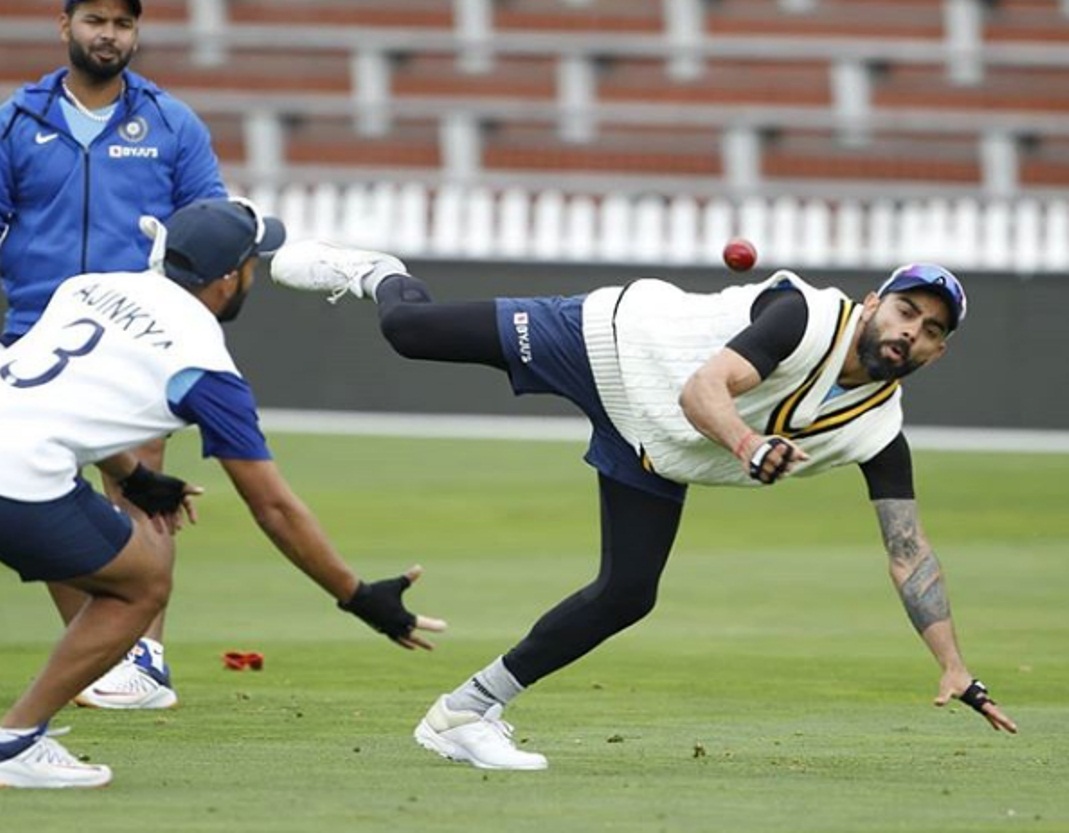 Apart from sharing his thoughts and keeping himself fit, the Indian captain is also keeping himself entertained. In a recent post, Kohli shared that he had watched the web series Paatal Lok, which has been produced by his wife Anushka Sharma, calling it a masterpiece of storytelling, screenplay and tremendous acting. 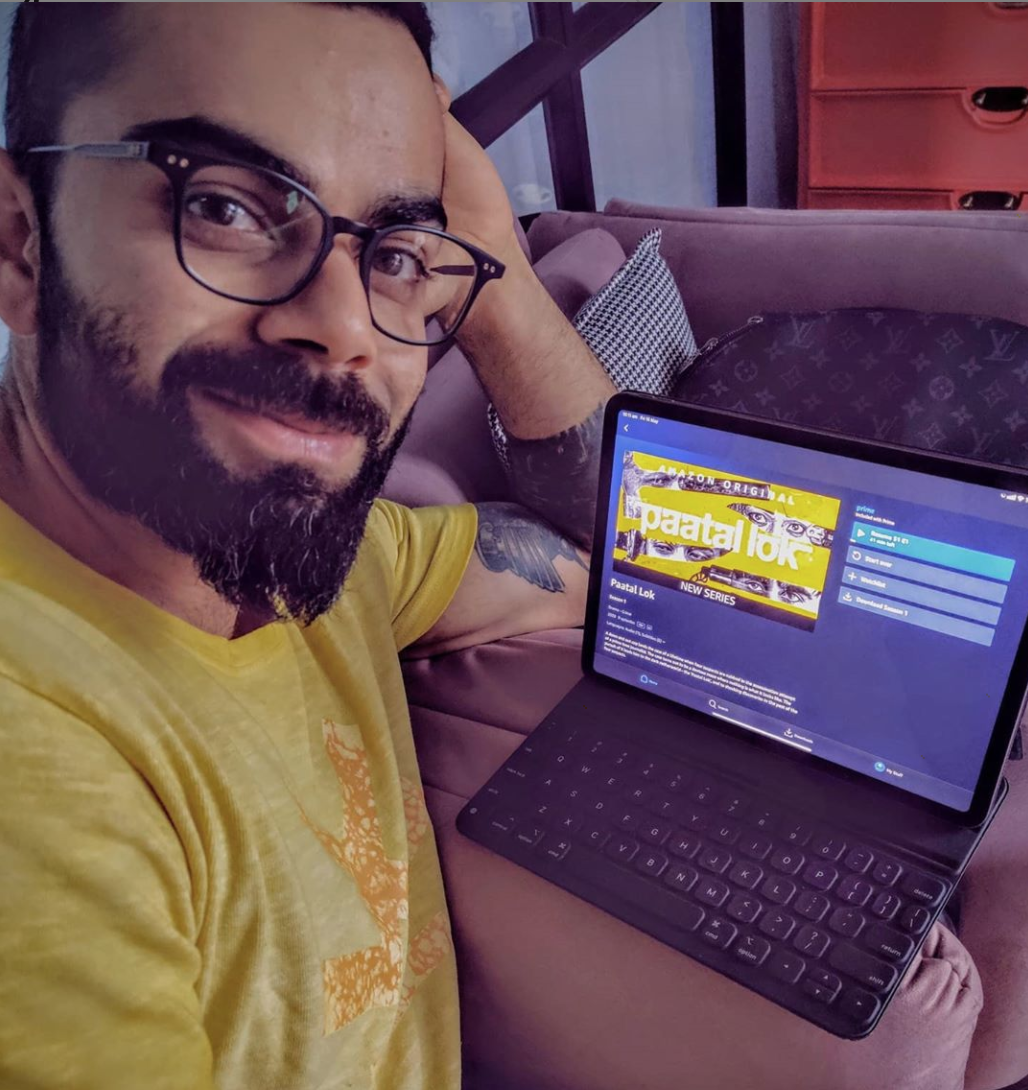 In his post he wrote, “Proud of my love Anushka Sharma for producing such a gripping series and believing in her team.”

Anushka and Virat have been keeping their fans entertained with funny videos. The most recent one being posted by the actress on Wednesday with the caption, " I spotted... A Dinosaur on the loose..."