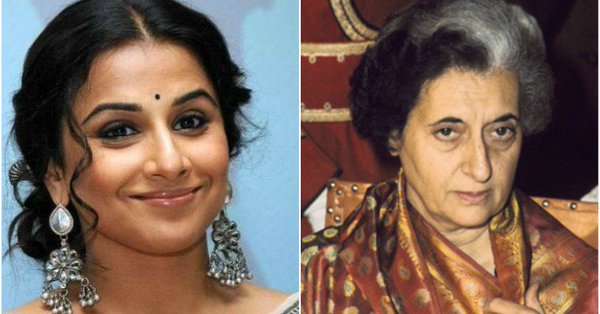 “I am happy to have acquired the rights of Sagarika Ghose’s Indira: India’s Most Powerful Prime Minister, because I have always wanted to play Indira Gandhi. I haven’t decided yet whether it should be a film or a web series, but that will take a while anyway,” the Bollywood actress who was awarded the Padma Shri by the Government of India in 2014 said in a statement on Tuesday.

Soooo excited that the luminous, sensitive and stunning @vidya_balan is to play Indira Gandhi in the movie adaptation of my book, "Indira, India's Most Powerful PM"! @juggernautbooks https://t.co/DuzQSVt5Yj

Ghose, elated about signing the contract, wrote, “Most excited to see ‘Indira’ on-screen!”

She also called Vidya an “ace”. The book, published by Juggernaut Books, is a no-holds-barred biographical portrait that looks for answers to lingering issues: from why Indira Gandhi revoked the Emergency to her son Sanjay’s curious grip over her; and from her bad marriage and love affairs to her dangerous religious politics.

The exciting news about my book "Indira, India's Most Powerful PM" starring the luminous Vidya Balan makes it to newspaper entertainment pages! 😀 pic.twitter.com/4NYAFzGzEr

In other tweets, Sagarika also revealed that she thinks that adapting the book to a web series would also be a good option, considering something like Netflix’s shows.

Indira: India’s Most Powerful Prime Minister was pitched by the publishers to the film and screen community at the Word to Screen Market 2017, organised by the Jio MAMI Mumbai Film Festival. Vidya’s performance in her last outing Tumhari Sulu was appreciated by fans and critics alike.